What is a De-Esser effect?

The De-esser is without a doubt a versatile effect, frequently used to tame the annoying “ess” and “esh” parts in the vocal recordings. Therefore, it is mostly considered to be a vocal tool. However, De-Esser can be useful in many other ways, which I will try to describe in the next tutorial. Much like a multiband compressor, it works in a way of a frequency-selective compression.

So here are 4 different scenarios in which we can apply the De-esser effect in our mix using DeEsser plugin by Waves audio.

Cymbals can often sound harsh. Whether it is the crash, ride or hi-hat, hi frequencies on the drum sounds can wash out the entire drum mix. For this reason, you need a dynamic processor like De-esser to fix that. Furthermore, it can provide more control in order to attenuate specific unwanted frequencies. In addition to this, it will do the job better than a regular equalizer. As you can see in the picture below, a part of the audio spectrum is selected where the attenuation is applied. Let’s hear the drum mix without and with De-esser applied. 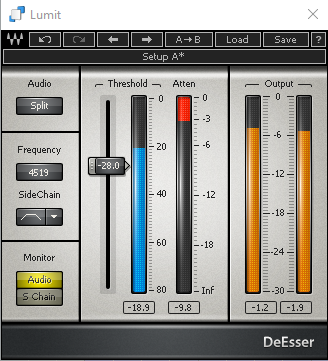 Recordings of an electric guitar, especially heavily distorted ones, can often have some harsh sounding frequencies. Sometimes the equalizer is not enough to process these unwanted frequencies. Consequently, you could apply de-esser to perform attenuation only during specific parts where the amplitude of the harsh frequencies exceeds the threshold. So let’s hear this the next example: 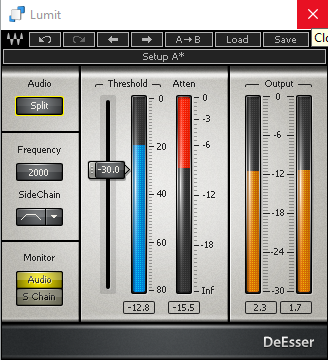 When it comes to the foundation of the song, a bass guitar is one of its unavoidable elements. Therefore it’s crucial to keep it stable in the mix. Fret and pick noises from a bass guitar can sometimes be overwhelming if too much compression is applied. As a matter of fact, these kinds of noises usually occur on high frequencies. Once again de-esser is a great tool to keep those noises at a reasonable level. 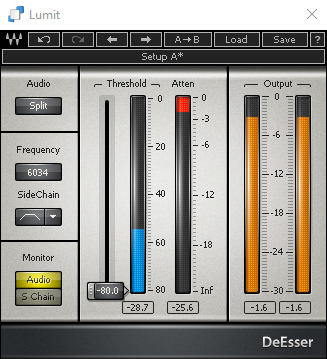 As a frequency selective tool, de-esser can also be used on sounds that are dominating the lower frequency spectrum. One of these sounds is, for example, a kick drum. A common tool to tame the frequencies ( from 200Hz to 500Hz ) on a boxy kick drum sounds would be a bell EQ. Alternatively, and in most cases, a better solution, would be to process it with de-esser. It will work well on both acoustic and electronic kick drum samples. 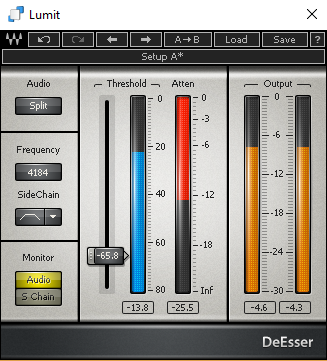 To conclude, many people think that De-esser is just a vocal fix plugin. However, once you understand that it is a compressor with a frequency dependent side chain, your world opens up to many new possibilities. All in all, we can safely say it’s a great multi-tool!