The ’80s introduced many changes to music production in general. The rise of the electronic drum machines took the music scene by storm, and soon many music producers started to create huge snare drums in their top charting songs. The sound of that specific kick and snare drum marked an era in music production of that time, so in the next tutorial, we will show you have to produce a powerful 80’s drum sound with the help of a gated reverb trick.

I previously made a short drum sequence which consists of a Kick drum, Snare drum, and few Hi-Hat sounds in the SoundBridge: DAW. It’s still raw, but let’s hear it anyway. 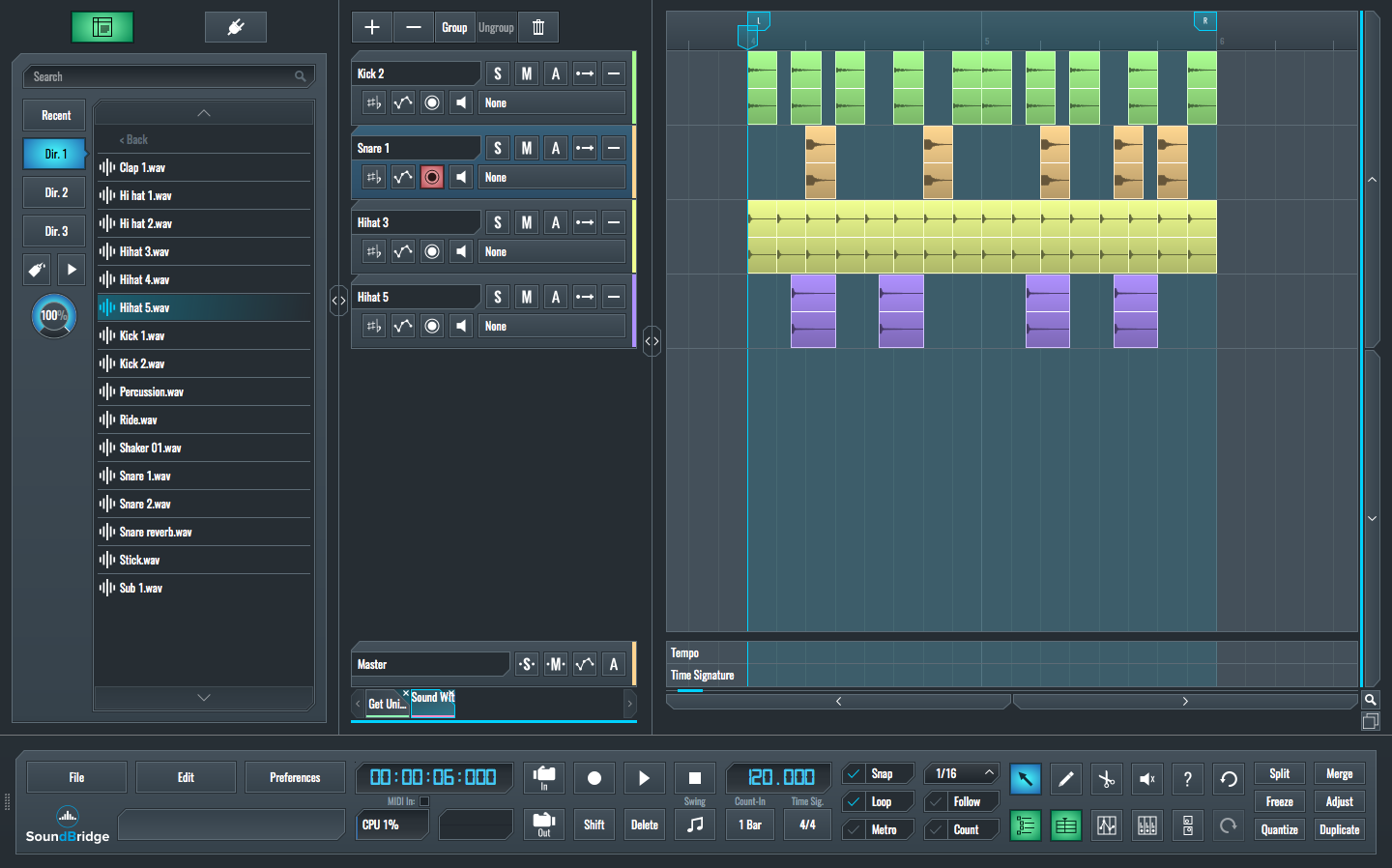 As you can hear, the Snare drum sounds pretty clean right now. The next step to alter this would be to place a reverb effect on it. For this purpose, I have chosen OldSkool Reverb by Voxengo. It’s a pretty cool reverb effect which is available as a free simpler version, and an upgraded version which is payable. 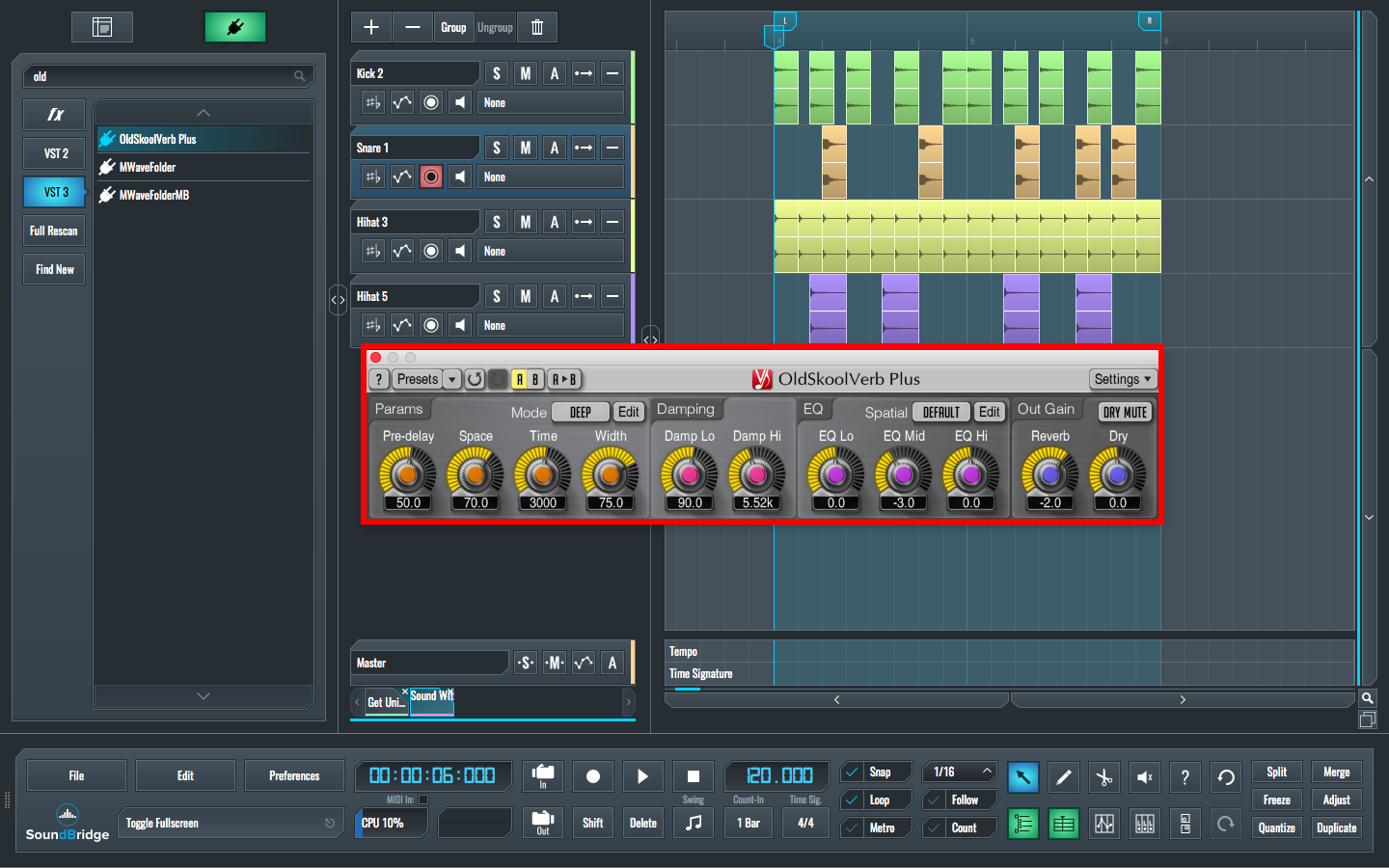 With the reverb size and time set to pretty high, now we can hear the big space added to the Snare Drum.

The next thing that I will do can be an optional step. By adding a compressor effect after the reverb we will reduce the dynamic range of the reverb signal. This means that we can thicken up the sound a bit and accentuate the sense of space. For this purpose, I will use our own native compressor which is included in the SoundBridge: DAW plugins bundle. 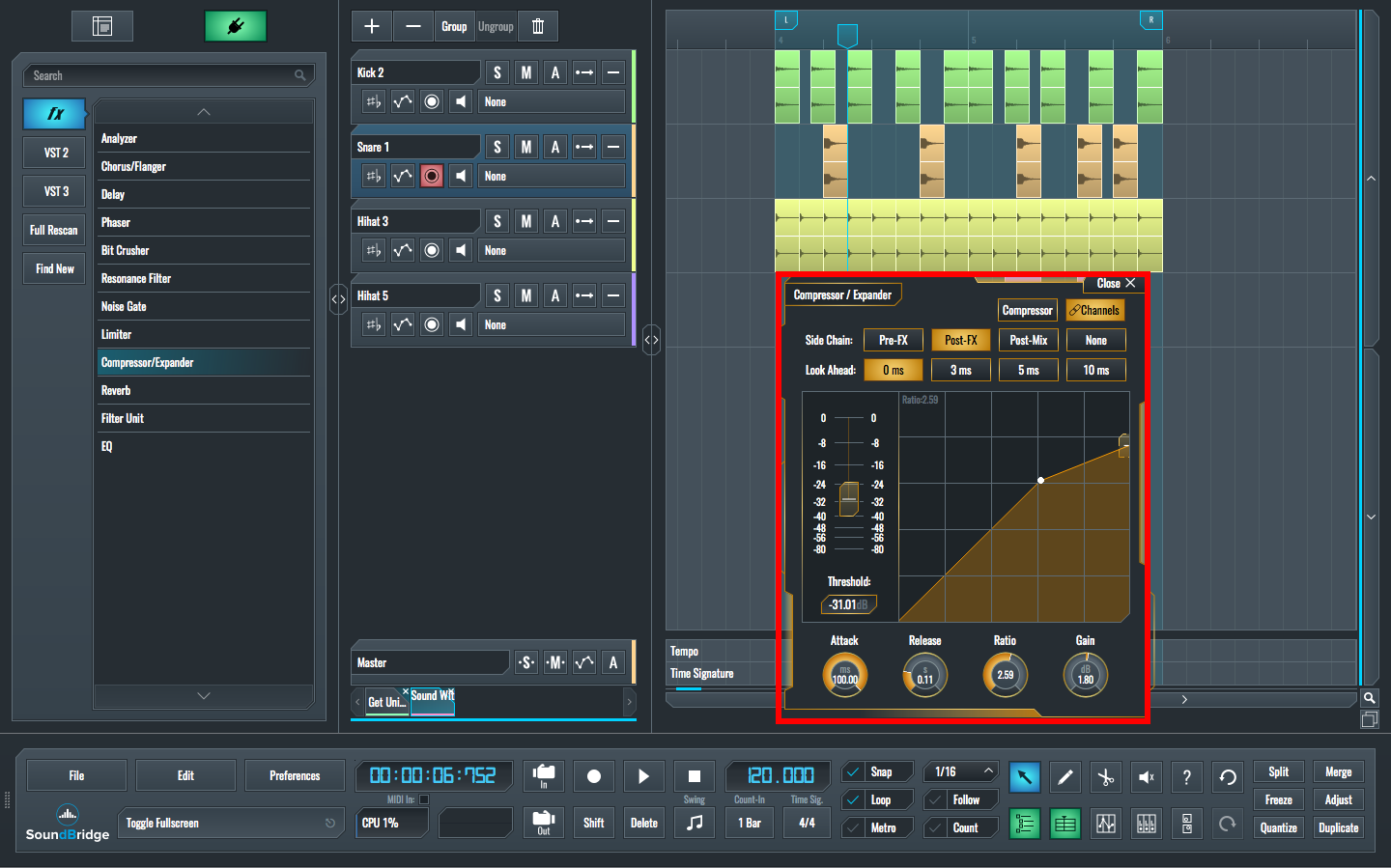 By adding a compressor after the reverb, we can say that we have pretty good sounding Snare Drum so far. Let’s have a listen. 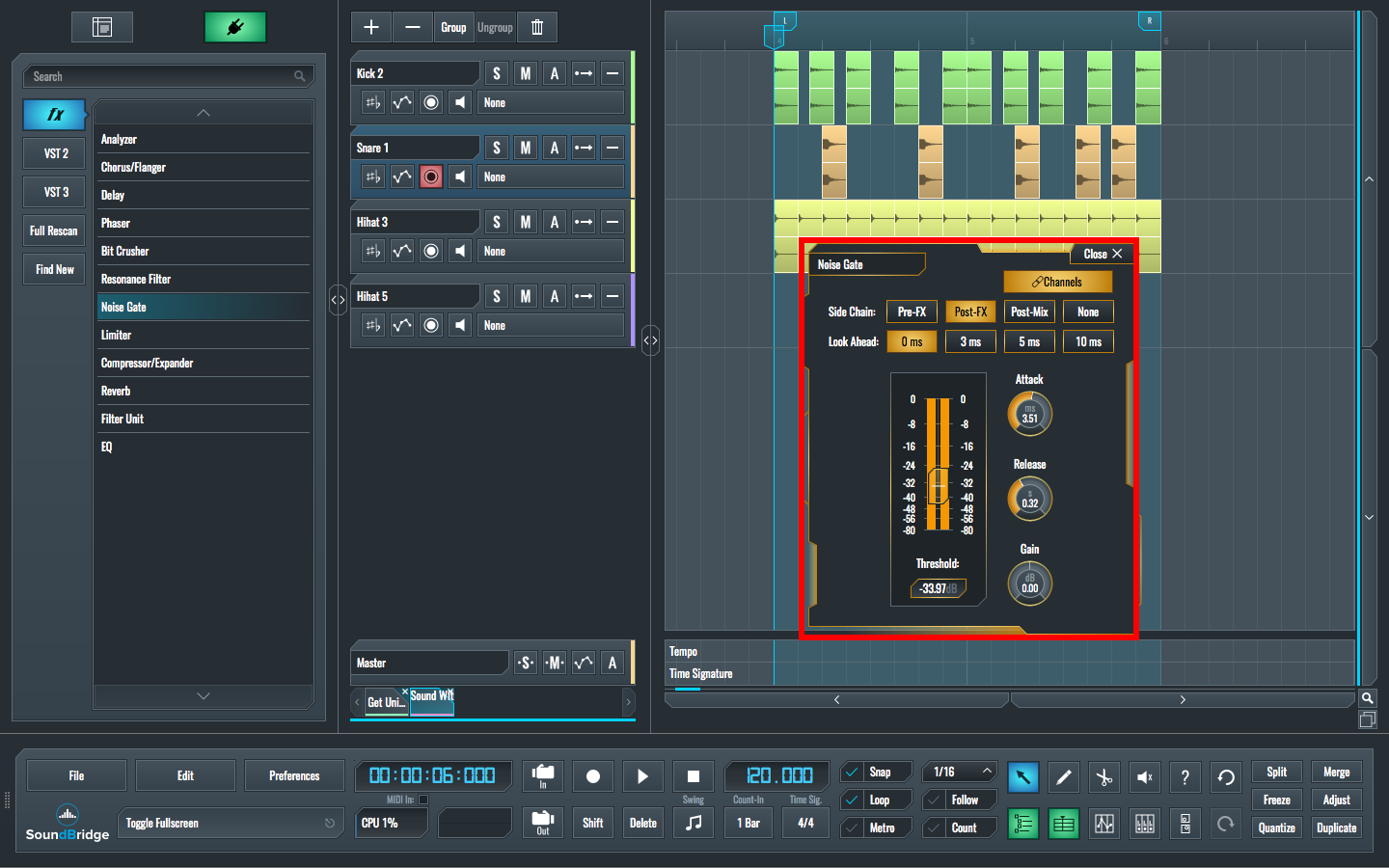 By setting the attack, release and the threshold of the Noise Gate effect as shown in the picture above, we got a nice sounding 80’s style Snare Drum. In the end, let’s listen to the final product. You can further experiment with the settings of all 3 plugins in order to polish the sound by your liking.