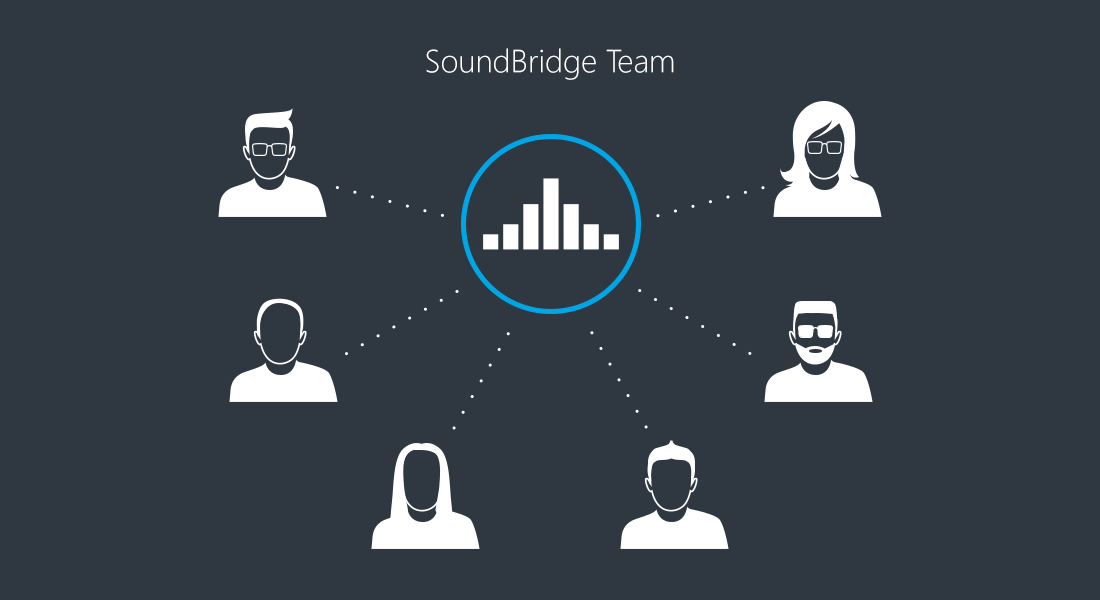 SoundBridge is a team of musicians who have dedicated years to the art of music production. Prior to forming the company in March of 2014, we had familiarized ourselves with nearly every digital audio workstation (DAW) on the market and believed these products could be designed better so they could take advantage of the latest mobile devices. In essence, this became the start of our mission – improving access to professional audio production by reducing complexity and increasing mobility for the modern DAW.

In the beginning, we wanted the ability to produce music in the studio or on the road, without sacrificing our audio quality or the creative process. In less than two years, we developed a DAW that could work on mobile devices without reducing access to professional desktop capabilities. In the meantime, our minimum offering became known to the industry as the Easiest-to-Learn & Mobile Desktop DAW – Lumit.

In January of 2016, Lumit was launched as a full-featured DAW optimized for Microsoft’s Universal Windows Platform – allowing you to use all of your professional audio plugins & devices anywhere, with nothing more than a tablet. Within just five months after the launch of the Windows version, we launched the Mac version – proving the initial architecture was very fast to transcribe for any operating system.

We would like to offer you a free copy of Lumit so you can begin learning and preparing for our upcoming release. The next version of Lumit will include several enhancements and all new remote audio collaboration features provided by our partner, SkyTracks, which will allow you to seamlessly transfer data and communicate with multiple people per project, without sacrificing any professional functionality – whether on mobile or desktop devices.

Overall, we really hope you have an exciting experience trying out our technology and educational resources, so you can witness our passion firsthand.

From Our Family to Yours,