Acoustic guitar amplifiers are made for acoustic guitars and similar instruments and have been widely used in genres such as blues, folk, and bluegrass. In a way, they’re similar to keyboard amplifiers, in that they have a rather flat frequency response with minimum correlation. In order to produce this “clean” sound, amplifiers have to be able to provide up to 800 watts RMS. The benefit of this is it provides additional headroom and prevents unwanted distortion. 800+ watts amplifiers are designed and built under the standard Class AB amplifier technology, which is quite heavy. Because of this, manufacturers sometimes use Class D amplifiers, which are lighter. We know those by the name of “Switching Amplifiers”.

These amplifiers often come with a simple mixer, so that signals from a pickup and condenser microphone can be blended. Since the early 2000s, it has become increasingly common for them to have a range of digital effects such as reverb and compression. Also, they can have feedback-suppressing devices, such as notch filters and parametric equalizers.

In addition, acoustic guitar amplifiers are generally “Solid-State” in their design, meaning they use transistors rather than tubes. We know tubes for their warmer, thicker-sounding, distorted quality, and that is not necessarily the sound preference of acoustic guitarists. Also, these amplifiers are mostly enclosed in their design and don’t have open backs like many of the electric guitar amplifiers. This is because of similar sound processing differences.

What sets these amplifiers apart from the main PA amplifiers are the extra specs that cater to the specific needs of an acoustic guitar, such as additional inputs for microphones or mobile devices and on-board effects. All of these features will ensure that you get the best representation of the natural sound of your guitar. 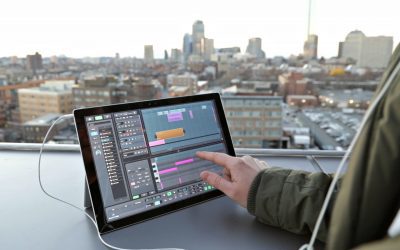 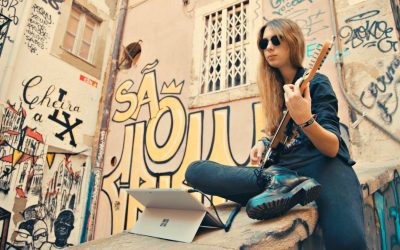 Color Your Instruments with Lo-Fi Sound