The acoustic guitar is an instrument of the plucked string instruments family. It differentiates from its close relative, the classical guitar, by the use of steel strings, among other characteristics.

Back in the 19th century C. F. Martin and Co. emerged as a leading manufacturer of American guitars. The origins of the steel-string acoustic guitar trace back to that time. Guitar maker Christian Frederick Martin emigrated from Saxony to the United States in 1833. He brought with him a mastery of pre-Torres guitar design in the Viennese style. By 1850 he had developed a new bracing pattern based on two large struts that crossed like an X slightly below the bridge. Like the Torres fan-brace, it was an improvement over the transverse-braced sound of the German and French guitars. By the end of the 19th century, many other American guitar manufacturers were copying it.

Sound and design specifics of the acoustic guitar

One of the main parts of the acoustic guitar, known as the soundboard, or top, has a strong influence on the loudness of the instrument. Materials with great qualities for the transmission of guitar sound are spruce wood, for instance. This is commonly used for the soundboard. No amplification happens during the transmission process. That means musicians don’t add any additional energy to enhance the loudness of the signal. All the energy is provided by the plucking of the string. Without a soundboard, however, the string would just “cut” through the air without moving it much. Thus, the soundboard increases the surface of the vibrating area in a process called “mechanical impedance matching”.

Additionally, the acoustic guitar has a hollow body, and the extra coupling and resonance effect also increases energy transmission efficiency, particularly at lower frequencies. In this regard, the acoustic guitar has several sound coupling modes: string to soundboard, soundboard to cavity air, and both soundboard and cavity air to outside air. The guitar, as an acoustic system, colors the sound by the way it generates and emphasizes harmonics, and how it couples this energy to the surrounding air. This ultimately is what we perceive as overall loudness and timbre.

The acoustic guitar can be electrically amplified using various types of pickups or microphones. It’s worth noting that back in the early 20th century, there were many issues with audio feedback when amplifying this instrument. Throughout the 1960s, Ovation’s parabolic bowls significantly reduced feedback, allowing for greater amplification. Further developments and improvements in this regard have followed.

Layer Your Kick Drum So It Cuts Through the Mix 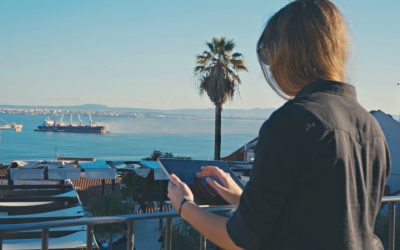 Enrich Your Mix With a Huge Pad Sound 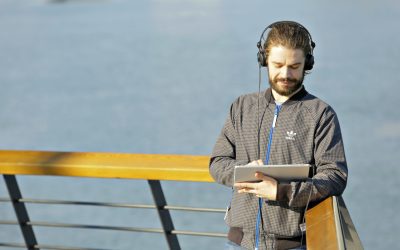