Additive synthesis is without a doubt one of the oldest and most researched type of audio synthesis. Its roots reaches back centuries to the time of the creation of first church organs. The mechanism in organs is controlled by register-stops and the keyboard. By pressing the keys on the keyboard and pulling various register-stops in different positions, the air is released into the pipe. One more example in more recent times would be the old Tel-harmonium synthesizer (1906) which combined the sounds of larger number of generators in order to create additive tone. Aforementioned instruments were very expensive so only when computers took their rightful place in the technological world, additive synthesis method became more accessible to the wider number of users.

The Advent Of Software Synthesis

Very few hardware synthesizer manufacturers were willing to create additive synthesizers due to their complexity. But with the advent of software synthesis there are now many available offering amazing variety of sounds. The theory behind additive synthesis is that nature creates sounds with a large number of simple sine waves of varying frequency and amplitude. These are all created by the vibrative properties of the object that is producing the sound. Some of this waves might have a harmonic relationship to a fundamental tone. We hear this sounds by having a definitive pitch, while others don’t and we hear them as noise.  In reality, most complex sounds can contain both harmonic content and noise.

French mathematician Joseph Fourier theorized that you could break any sound down to a series of a simple sine and cosine waves. Therefore, any sound can be recreated by calculating waves of the correct waves and amplitude. This was the inspiration for additive synthesis giving the synth program the access to the most basic of building blocks of sound and the potential to create any sound.

Traditionally a hardware based additive synthesizers have up to 6 oscillators. They use them as sound sources and each oscillator has one or two associated envelope generators. While a wide variety of sounds are possible with 6 oscillators, the reality is that nature creates sounds made of hundreds if not thousands of waves. So the sound produced by analog synthesizers doesn’t necessarily sound natural. However, they do allow a greater flexibility for the tone to evolve over time in the more natural way than the subtractive synthesizer does. By using the digital oscillators modern computers with their processing power are capable of mixing thousands of simple sine waves in real time and by that creating very complex wave-forms.

Additive Synthesis in Relation to Others

1. You need to have some physics knowledge in order to create he sounds effectively with this technique.

2. Building up complex sounds with the large number of oscillators and envelope generators is time consuming. 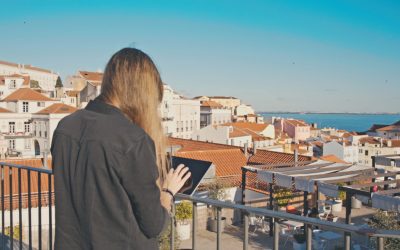