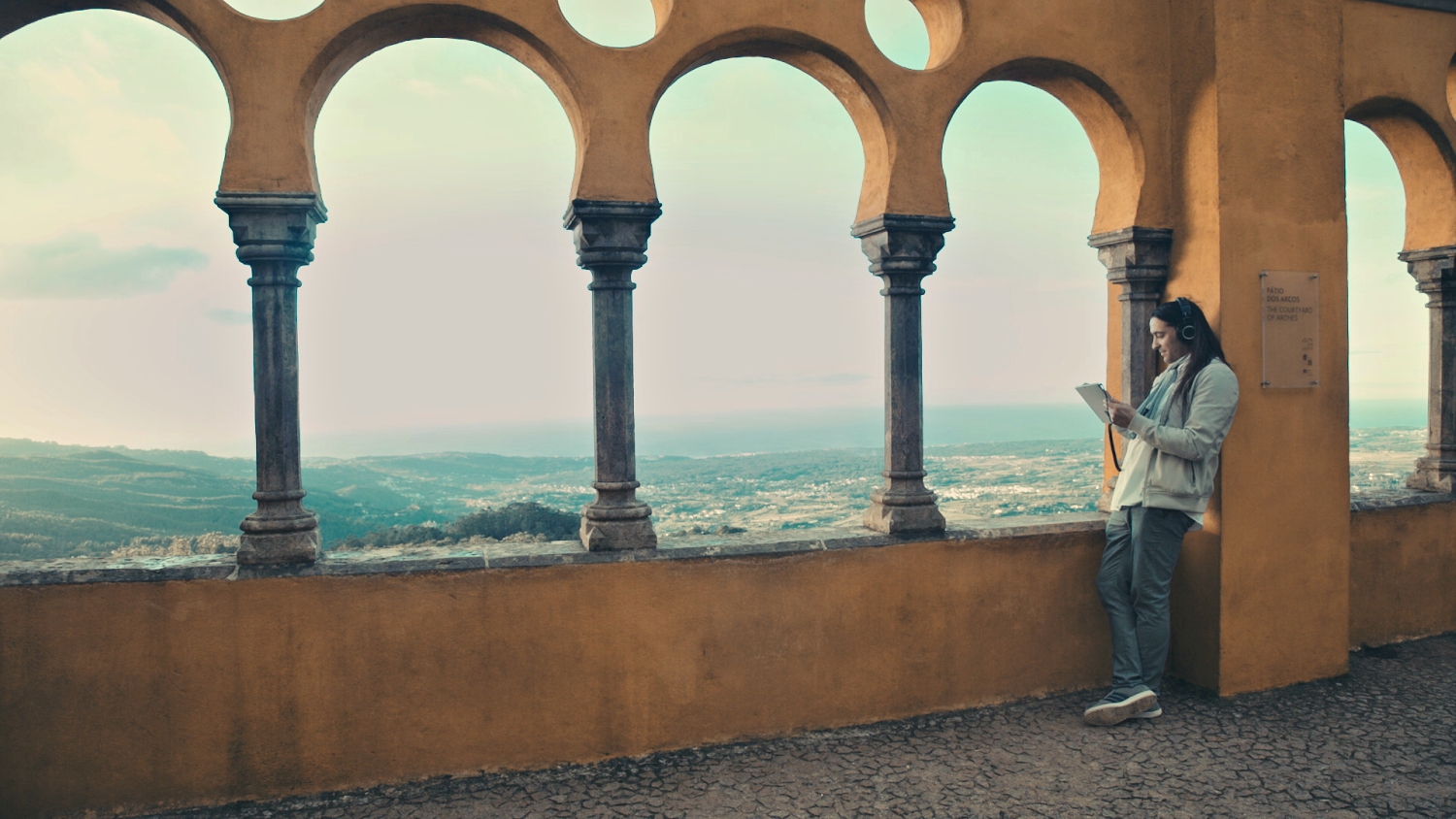 Advanced Panning with PanMan by SoundToys

Panning is an essential audio processing task that producers often neglect. From the early days of mixing audio, it was always present and used, especially in studio recording sessions. Nowadays we have a broad spectrum of audio plugins that can be adjusted automatically to follow a specific panning pattern and this dramatically cuts down the effort while mixing audio. One of those plugins which emerged on the market in the past couple of years is PanMan by SoundToys.

PanMan recreates the sounds of classic hardware panning boxes. You can trigger panning with the dynamics of a track. What’s more, you can create complex rhythmic patterns and dizzying sweeps. With the full range of Soundtoys modulation tricks at your disposal, PanMan turns the simple act of panning into something incredibly creative and powerful.

In the next tutorial, I will guide you thru PanMan user interface and show you a couple of audio examples. Let’s start by loading of a fresh instance of PanMan on the newly created audio channel within SoundBridge: DAW. This track contains a rather simple ride loop, and it will be suitable as an example. 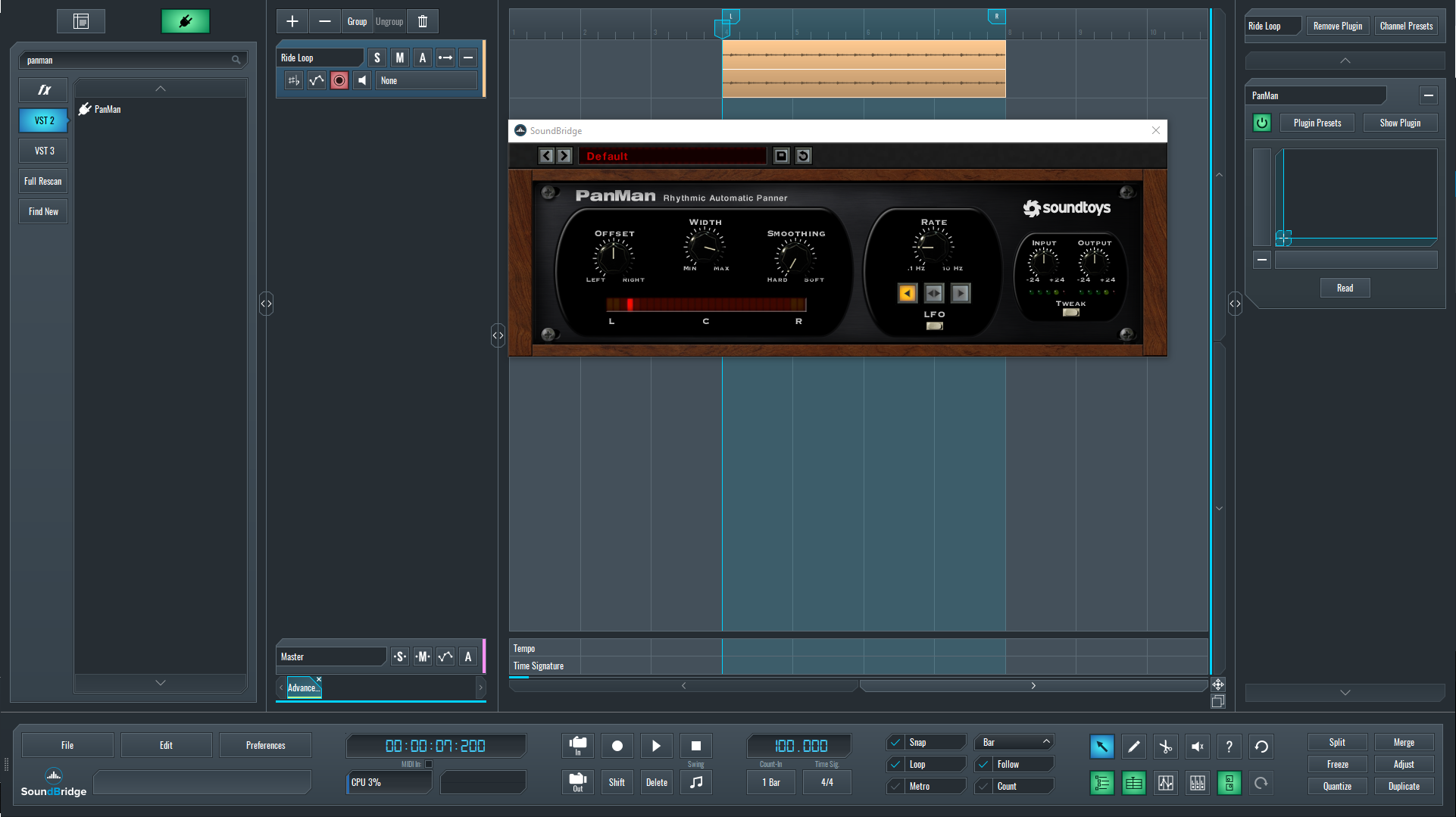 After opening, the initial interface looks simple. Firstly, on the left side, we can see the dial knobs for Offset, width, and Smoothing followed by a graphical representation of the panning position. Secondly, on the right side, we have a core section which is by default set to LFO mode. This section contains Rate, the direction of the actual planning and the mode switch. Lastly, on the far right of the interface, there are Input and Output control parameters followed by a Tweak switch which we will cover in detail later.

If we pay attention to the middle section, by default set to LFO, we can click on the LFO button and choose the desired mode. Besides LFO, there are five more modes available, which are the Rhythmical Step, Rhythmical Shape, PingPong, Random, and Step.

Let’s set our mode to Rhythmical Step which I think is the most interesting. After selecting the mode we can see that the interface changes as shown in the picture below. 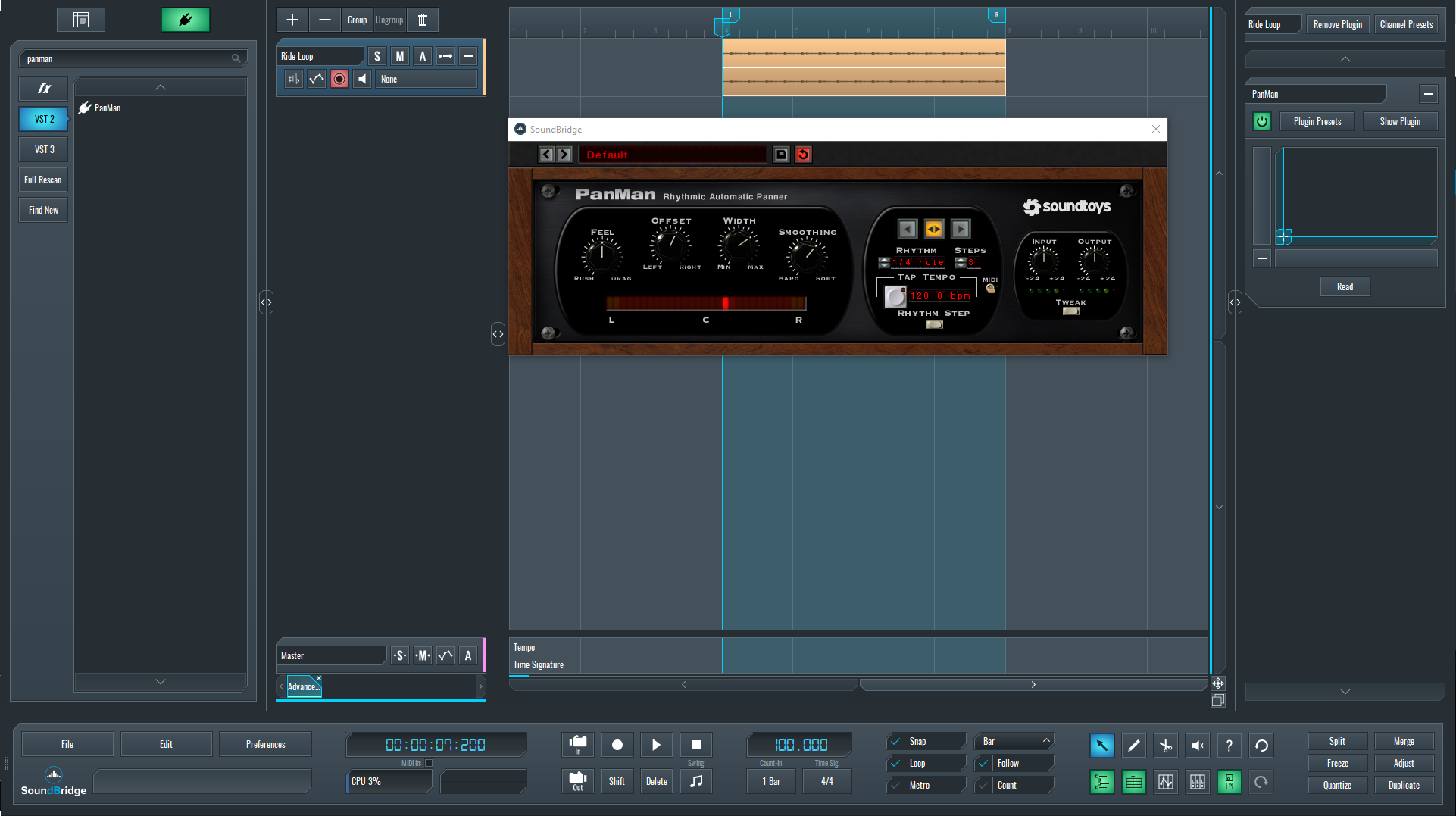 On the left side, we see that dial knob for “Feel” appeared. This parameter controls how the panning movement will behave, should it feel more rushed or dragged. Furthermore, on the opposite side of that we have a rhythm selection of the panning (¼. ⅛. Note, etc.) or you can choose from some of the presets. You can also set the rhythmical steps from 3 to 5. Below we can engage MIDI switch which will automatically match the tempo of the sequencer or we can tap it.

If we click on the Tweak button, we are introduced to a whole new part of the interface as shown in the picture below. 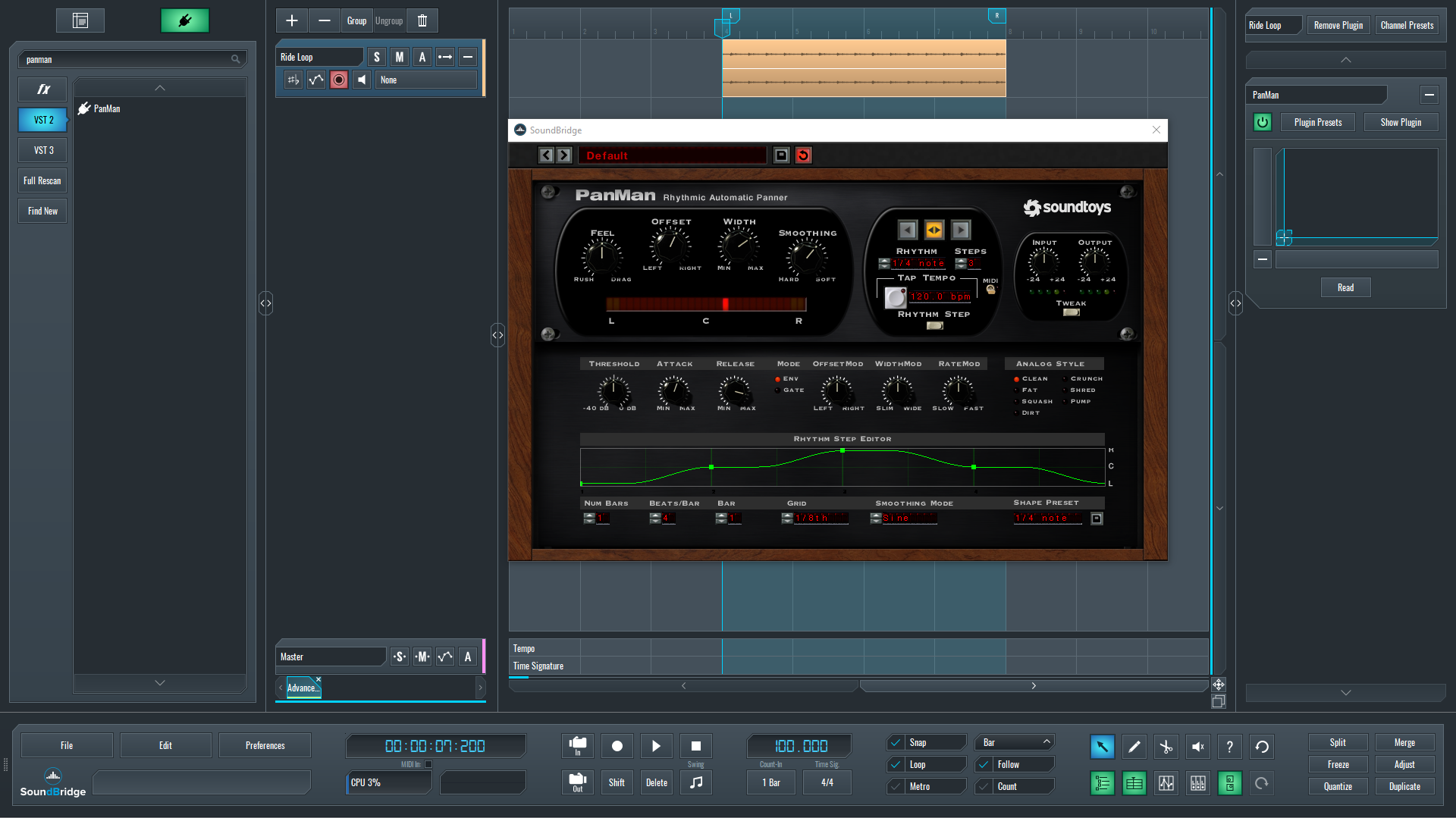 With PanMan you can even set the threshold control and trigger PanMan using the dynamics of your track. So, move the width, speed and offset controls based on the rhythm of the audio. The controls which you can see above the Rhythmic step editor are reserved for that. It is also possible to switch the Analog Style, and by playing with input and output controls you can achieve exciting sound colouration.

Now let’s hear our ride sequence unprocessed and then processed with PanMan in 3 different variations.