Massive by Native Instruments is, needless to say, one of the most powerful software synths out there. Its sound characteristics, as well as the complex and powerful modulation system, have top-notch quality. If you are into producing electronic music, you probably heard about it so far. It is suitable for almost any genre of electronic music, ranging from chill and downtempo to psychedelic trance. It is true that one needs to take some time to learn and comprehend its abilities, but in the next tutorial, I will show you how straightforward and user-friendly this software synth can be.

For the next tutorial, I am going to show you how to make a driving Psytrance sequence using Massive. Before we start, let’s hear a short track I previously created in Soundbridge. It contains some basic elements like kick drum & bass and s a couple of FX sounds like uplifters, and crash.

I’ll start with throwing a fresh instance of Massive on the newly created channel in Soundbridge. In order to make the sound I want, I’ll start from scratch and initialize the present in massive. The initial sound is based on a simple saw waveform as you can hear from the audio example below. Next, I’ll draw one note in the midi editor which will determine how long we want our sequence to last.

Moving forward, lets chose the waveforms for 3 oscillators which are available in Massive. Then, let’s set the wavetable positions for each of them to our liking. Since we will be making a sequence/melody, the next logical step would be to modulate the pitch of the oscillators with, in this case, 2, performer engines inside massive. After making the primary sequence, let’s hear how it sounds. 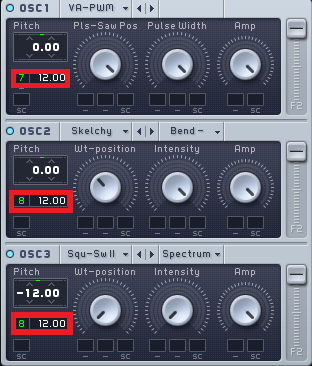 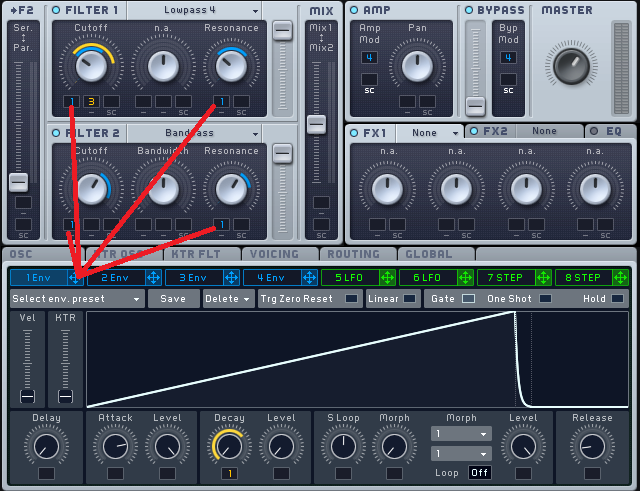 For the famous trance gate effect, I will use the combination of the performer 2 & 3 and modulate the amp parameters of the oscillators. In addition to this, I’ll add some additional delay effect. Here’s how it sounds so far: 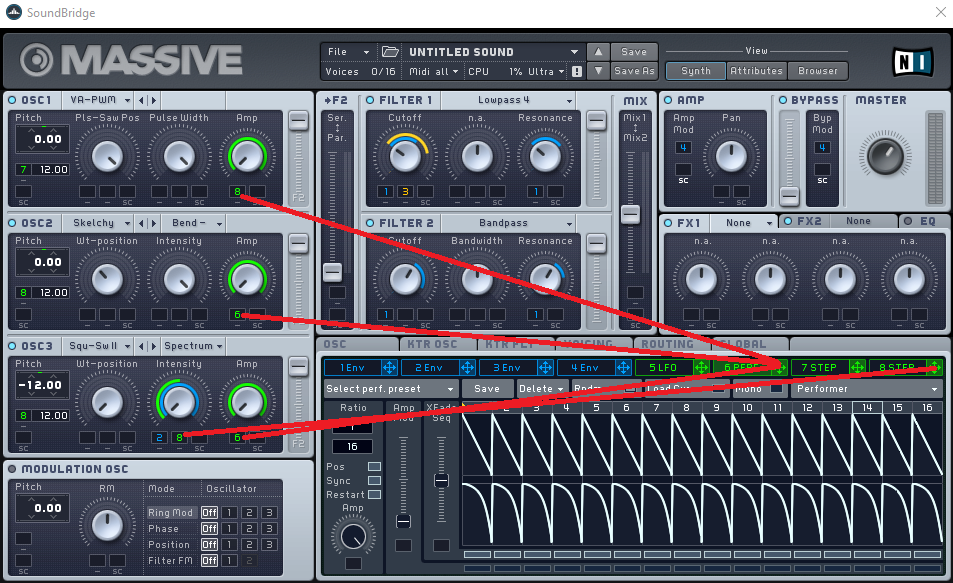 To conclude, I’ll add some final touches regarding the built-in EQ and the right volume mix between oscillators. Let us hear the final product solo and then with the other elements in the mix.