Music producers and sound designers still praise analog equipment for its unique sound. The details, coloration, and other aspects are largely dependent on the behavior of electricity. However, over the past decade, many of the well known analog unit manufacturers devised their software counterparts. In my opinion, Kush Audio succeeded in making accurate digital emulations of their hardware devices.

In the next tutorial, I will present to you an awesome sounding software unit called Omega N by Kush Audio. Model N nails the sound of the coveted vintage Neve pre it’s modelled after. Dark, thick, and round, just a kiss imparts a dusty patina, pushed hard it gets downright fuzzy and soft. It possesses a quite simple user interface with just a few controls but that does not affect the sound its producing.

For the purpose of the next tutorial, I will show you how Omega N sounds on drums, bassline and acoustic guitar. So let’s start by adding and separate instance of this plugin on every channel in SoundBridge: DAW. 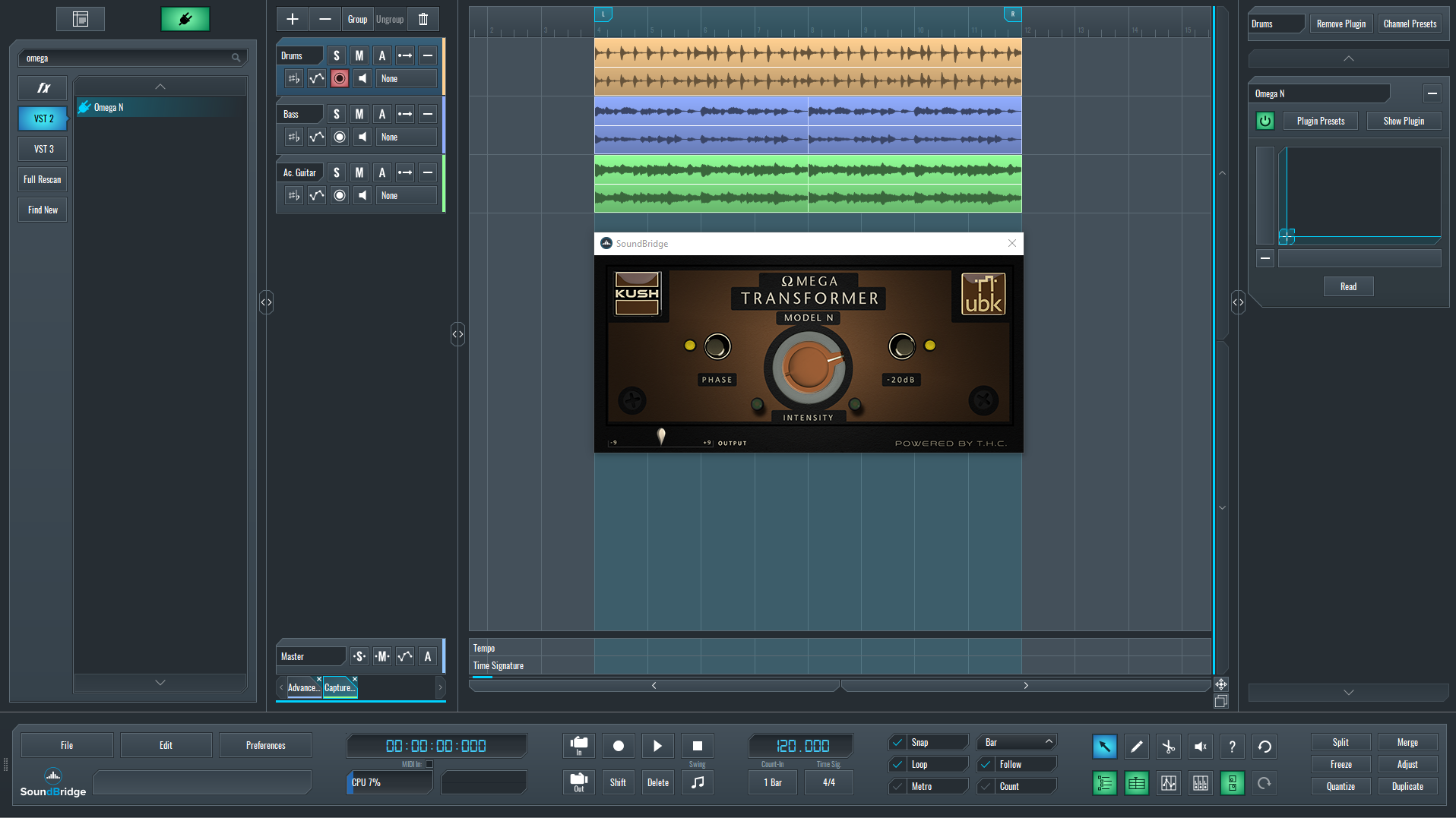 As you can see the interface is quite simplified. Beside the name of the plugin and the name of the company who made it, the main part of the GUI is centred around this big knob called “Intensity”. Specifically, this control generates that super warm distortion that introduces amazing colouration to the sound. Left and right from it there is a “Phase” and “-20 dB” controls. The phase is really useful when you want to switch the phase for 180 degrees and sometimes this works wonders when you want to glue something with other elements in the mix. Also, the “-20 dB” is useful to cut them too much input gain. Below this controls, we just have an output slider which is set at 0dB by default. However, you can increase or decrease it by 9dB each side.

Lets now hear the unprocessed instruments and then processed with Omega N. However, I advise you to use studio monitors of a pair of high-quality headphones to faithfully hear the difference.