What is a Class D Amplifier?

A class D amplifier or switching amplifier is an electronic amplifier in which the amplifying devices (transistors, usually MOSFETs) operate as electronic switches. They do not operate as linear gain devices as in other amplifiers. They operate by rapidly switching back and forth between the supply rails. What’s more, a modulator feeds them using pulse width, pulse density, or related techniques to encode the audio input into a pulse train. The audio escapes through a simple low-pass filter into the loudspeaker. The high-frequency pulses are blocked. Since the pairs of output transistors are never conducting at the same time, there is no other path for current flow apart from the low-pass filter/loudspeaker. For this reason, efficiency can exceed 90%.

The History Behind Class D Amplifiers

A British scientist Alec Reeves invented the first Class-D amplifier in the 1950s. Sinclair Radionics released the first commercial product, the X-10. However, it had an output power of only 2.5 watts. The Sinclair X-20 in 1966 produced 20 watts but suffered from the inconsistencies and limitations of the germanium-based BJT transistors available at the time. As a result, these early class-D amplifiers were impractical and unsuccessful.

The development of silicon-based MOSFET (metal-oxide-semiconductor field-effect transistor) technology enabled the practical class-D amplifiers. In 1978, Sony introduced the TA-N88, the first class-D unit to employ power MOSFETs and a switched-mode power supply. There were subsequently rapid developments in VDMOS (vertical DMOS) technology between 1979 and 1985. The availability of low-cost, fast-switching MOSFETs led to Class-D amplifiers becoming successful in the mid-1980s. Tripath released the first class-D amplifier based on an integrated circuit in 1996, and it saw widespread use.

How Do They Work?

Class-D amplifiers work by generating a train of rectangular pulses of fixed amplitude. They vary in width and separation, or varying number per unit time. Moreover, these pulses represent the amplitude variations of the analog audio input signal. It is also possible to synchronize the modulator clock with an incoming digital audio signal, thus removing the necessity to convert it to analog. The output of the modulator gates the output transistors on and off alternately. Great care is taken to ensure that the pair of transistors are never allowed to conduct together. This would cause a short circuit between the supply rails through the transistors.

Since the transistors are either fully “on” or fully “off”, they spend very little time in the linear region and dissipate very little power. This is the main reason for its high efficiency. A simple low-pass filter consisting of an inductor and a capacitor provides a path for the low frequencies of the audio signal, leaving the high-frequency pulses behind. In cost-sensitive applications, the output filter is sometimes omitted. The circuit then relies on the inductance of the loudspeaker to keep the HF component from heating up the voice coil. 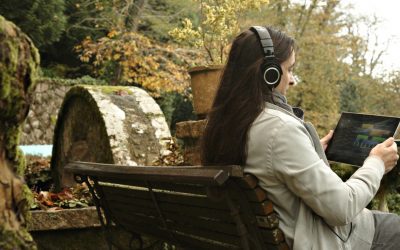 7 Tips on How to Finish Your Song If You're Stuck 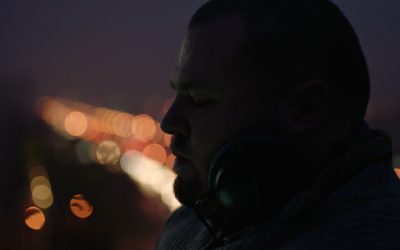 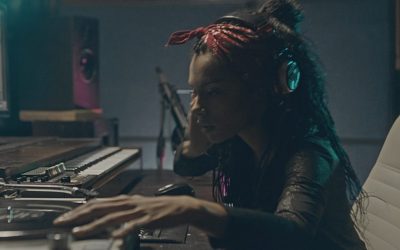