The majority of popular music is in 4/4 time and does not modulate time signature. This means that most of the rhythmic ideas repeat or “turn around” (cadence) in some multiple/factor of 4 – so, a grid system made of up segments that are 4 beats long is ideal for organizing them. But, you can write music in any meter you want. You can go from one meter to another or even use more than one meter at once.

In this article, I will explain the ways to break down 7/8 and compose a piece using it. It may come out sounding something like this…

The song is in 7/8. This means that there are 7 beats in one measure and each of those beats is written as an eighth note. It is one of the more difficult time signatures to write in, but sticking to a certain grouping pattern makes it easy to feel. Specifically, my song features the two grouping methods below. 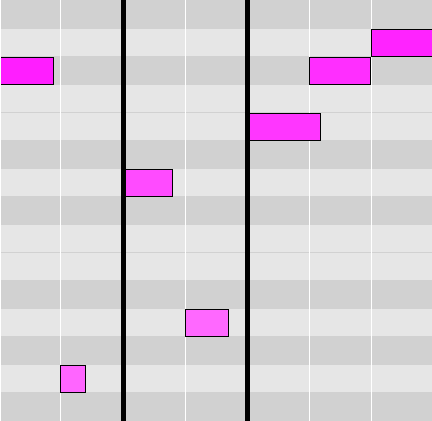 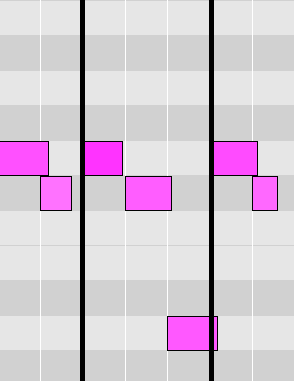 Here are a couple more ways to group notes in ⅞ time. 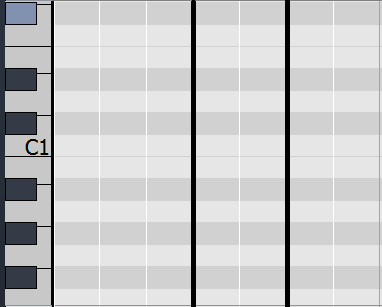 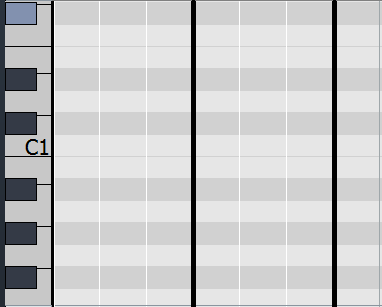 A LITTLE BIT ABOUT THE SONG

First of all, whis was composed using samples from the Battery 4 Factory Library which I edited and processed heavily. Then, I used Driver with some frequency modulation and a decaying envelope to get that “wooshy” sound and sent the track to two returns – one with our bitcrusher on it and one with a compressor on it (both pre-mixer). I also added some reverb to the snare and cymbals. 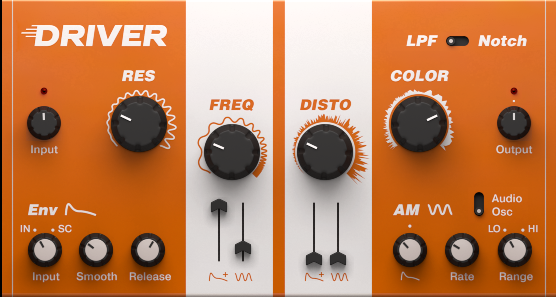 Furthermore, most of the cymbals and all of the toms you hear are coming from Studio Drummer in Kontakt 5. I loaded up their default kit and adjusted the pan positions, levels, and tones to my liking. Then, I sent some of it to the return with the compressor on it to blend it with the affected drums. 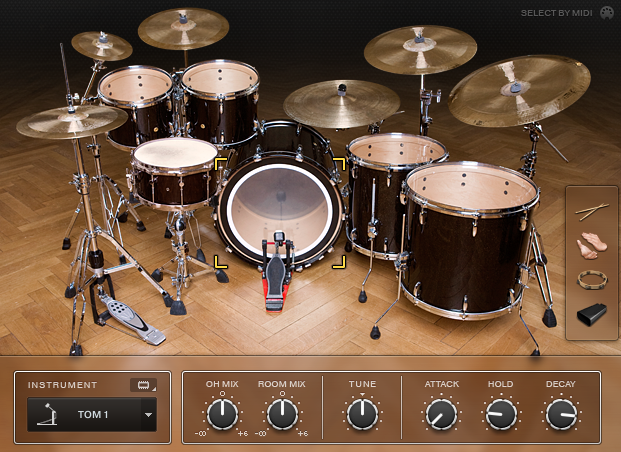 The bass is a blend of two modified presets in Reaktor 5. One is from Kontour and the other from Rounds. I grouped them accordingly together and processed that group track with an equalizer, whose resonant filters I automated the position of. I also used some very soft compression, a bit of flanging, and reverb. 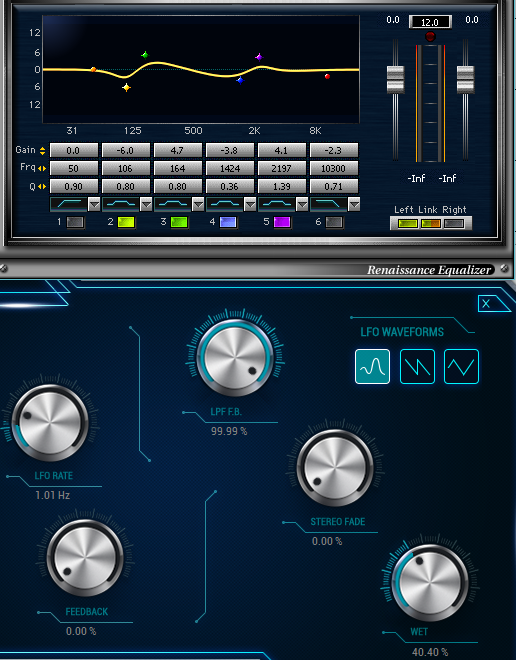 The Strings and Piano

These strings are also from the Kontakt 5 Factory Library. Kontakt is a great tool for realistic acoustic instruments and spaces. In fact, the piano I used is also from Kontakt (The Giant) as well as the fantastic sounding reverb.