Control the Reverb in Your Mix

Reverb control and positioning can be challenging. Reverb is an essential effect, but too much can ruin your mix. As with everything around us, the key is proper balance. In this tutorial, we will learn how to use reverb properly.

As usual, we already have a simple sequence made in the SoundBridge: DAW. Among other elements, we will concentrate on the drum section. 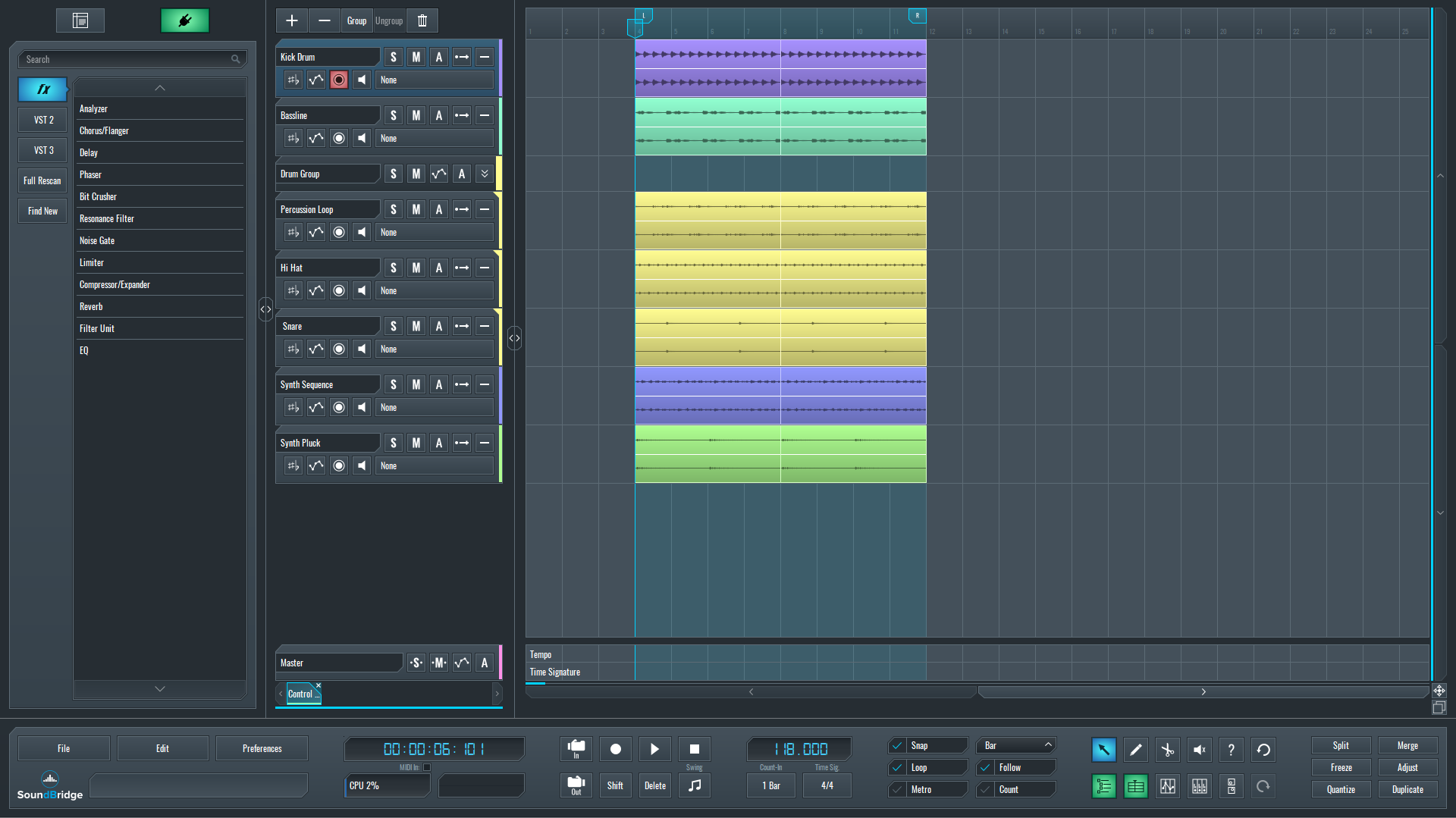 Let us hear the full mix as it is now.

As we can hear from the audio example above, the full mix sounds quite decent. Nevertheless, the drum section could sound a bit tighter. In order to achieve that, we will process our drum section with something not so common.

The idea is to use a denoiser effect to shorten the unwanted reverb space in the drum section already processed with reverb. There are more than a few plugin options out there which can be useful for this task, but for this tutorial, we have chosen the ERA-D by Accusonus. Let’s start by adding a fresh instance of it on our Drum Group channel within the SoundBridge: DAW. 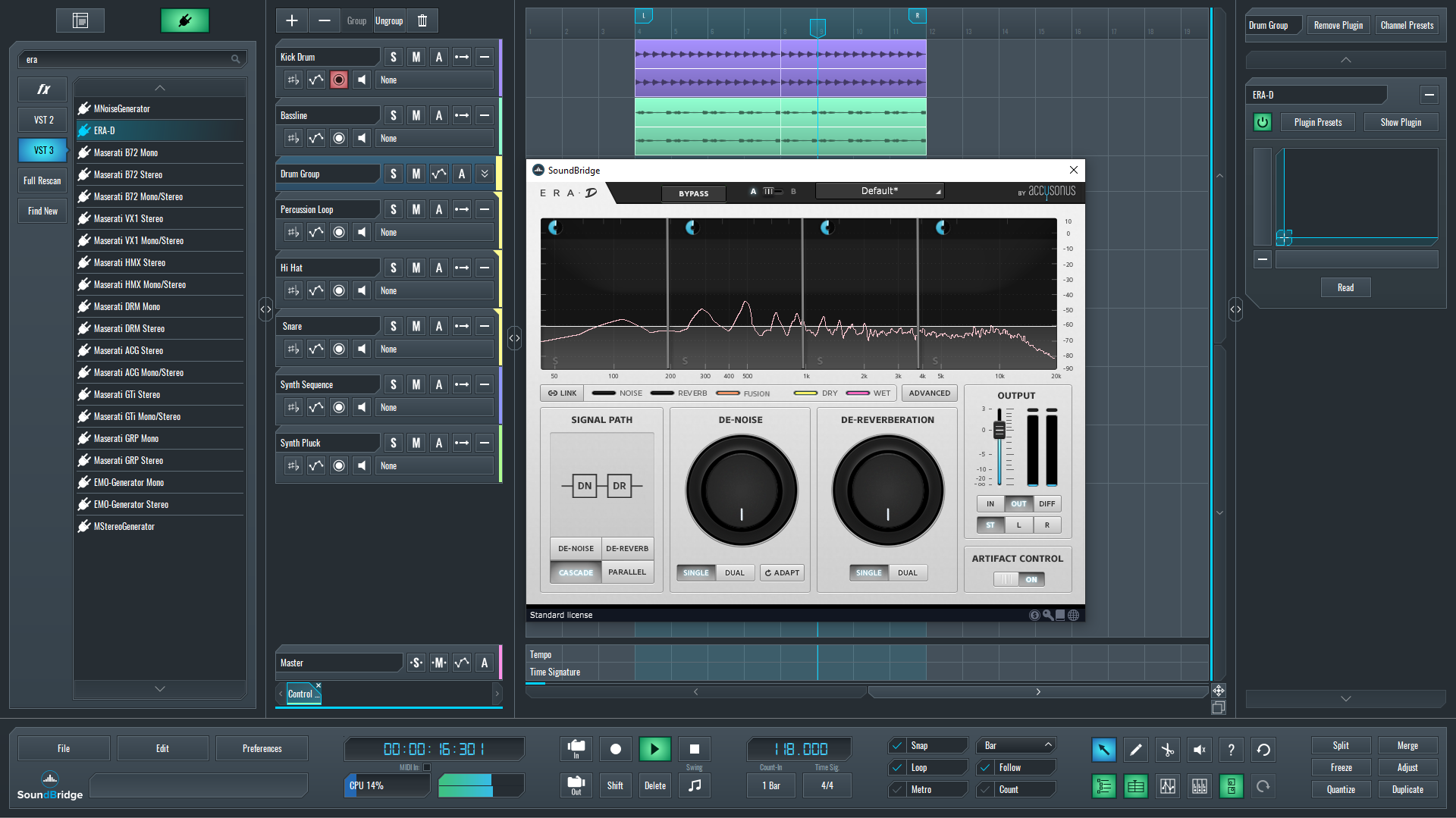 ERA-D is an effect that incorporates both De-Noise and De-Reverb Engine. While DeNoiser is a powerful tool as well, in this tutorial, we will concentrate on the De-Reverb part of this plugin.

As you can see from the picture above, this plugin consists of two major parts. The upper part of the interface holds a dedicated spectrum analyzer, which is divided into four bands. There are four small rotary icons at the top of each band, and they are controlling how much you affect one band by the De-Noiser or De-Reverb. By default, they are set on 50%.

Below that, we can see a part of the interface which holds two big knobs. They are controlling the mix of the De-Noise and De-Reverb effects. On the left, we can see a signal path section. Here you can choose only De-Noiser or De-Reverb to be engaged and their signal path to be either cascade or parallel. On the right, we can see an Output section, which is also containing switches for In, Out, and Diff. (Difference in the audio process). Below that, there are also switches for Stereo, Left, and Right.

In the picture below, we have selected just the De-Reverb effect to be active and dialed the big knob to cut the unwanted reverb tail. 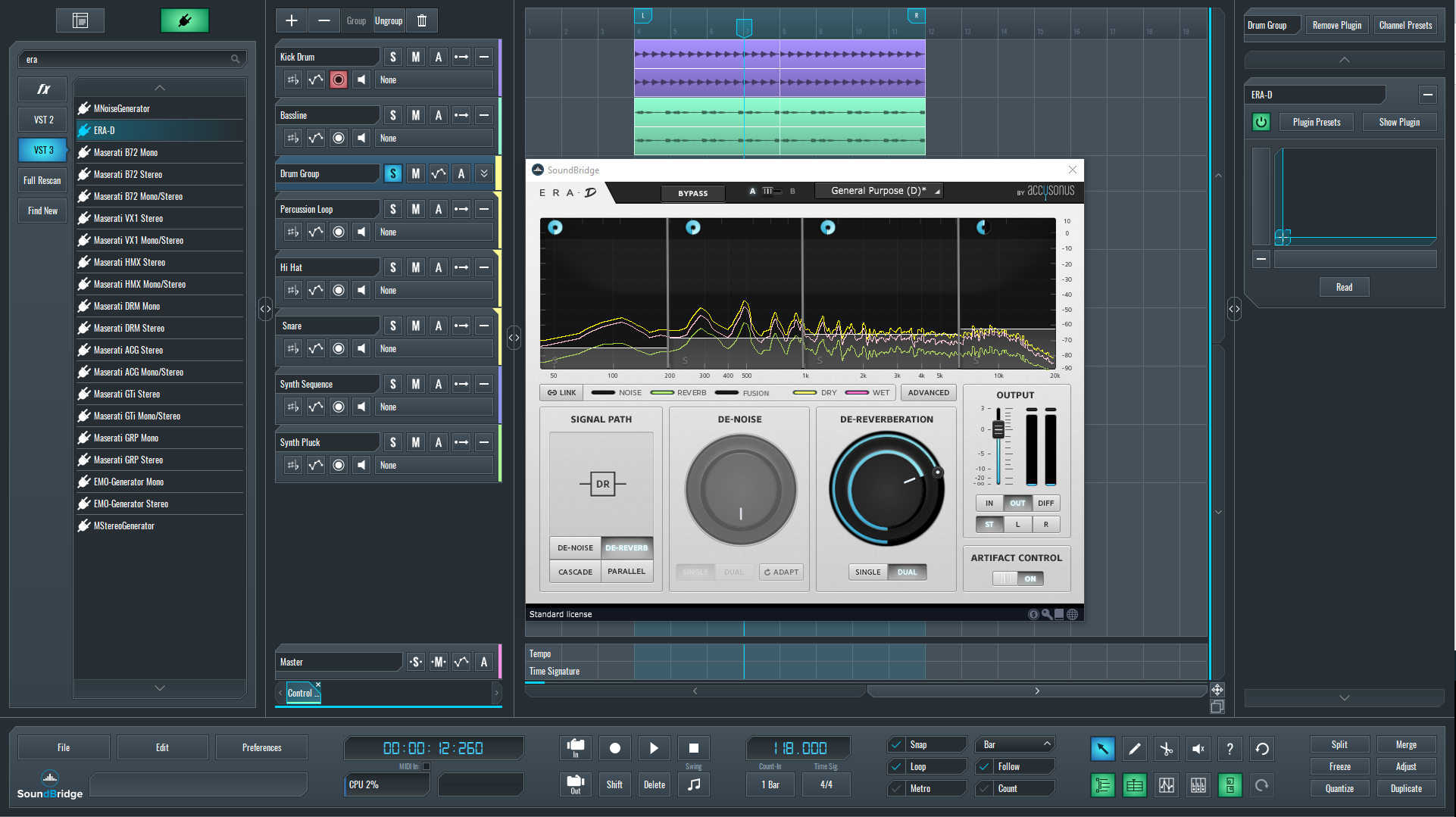 After a brief introduction, let us move to some practical audio examples, but before that, let us listen to unprocessed Drum Group first.

In the end, let us listen to the full mix with the drum group processed with ERA-D.