Design Your Own Super Saw Sound

The Super Saw synth sound became popular back in the 90s with the Roland JP 8000 synthesizer. At its core, it’s a waveform consisting of a number of slightly detuned sawtooth waves stacked on top of each other. This type of sound is frequently used for lead and bass sounds in modern genres of electronic music such as Trance, EDM, and Future Bass. It produces a characteristic buzzing sound similar to a conventional sawtooth in the sharpness of the treble. However, it’s much more fat in the bass. Nowadays, it’s easy to create a sound like this with modern software synths. We will show you that process in the next tutorial.

As usual, we have prepared a short sequence inside our SoundBridge: DAW. It contains the rhythm section and a bassline. Let’s have a quick listen. 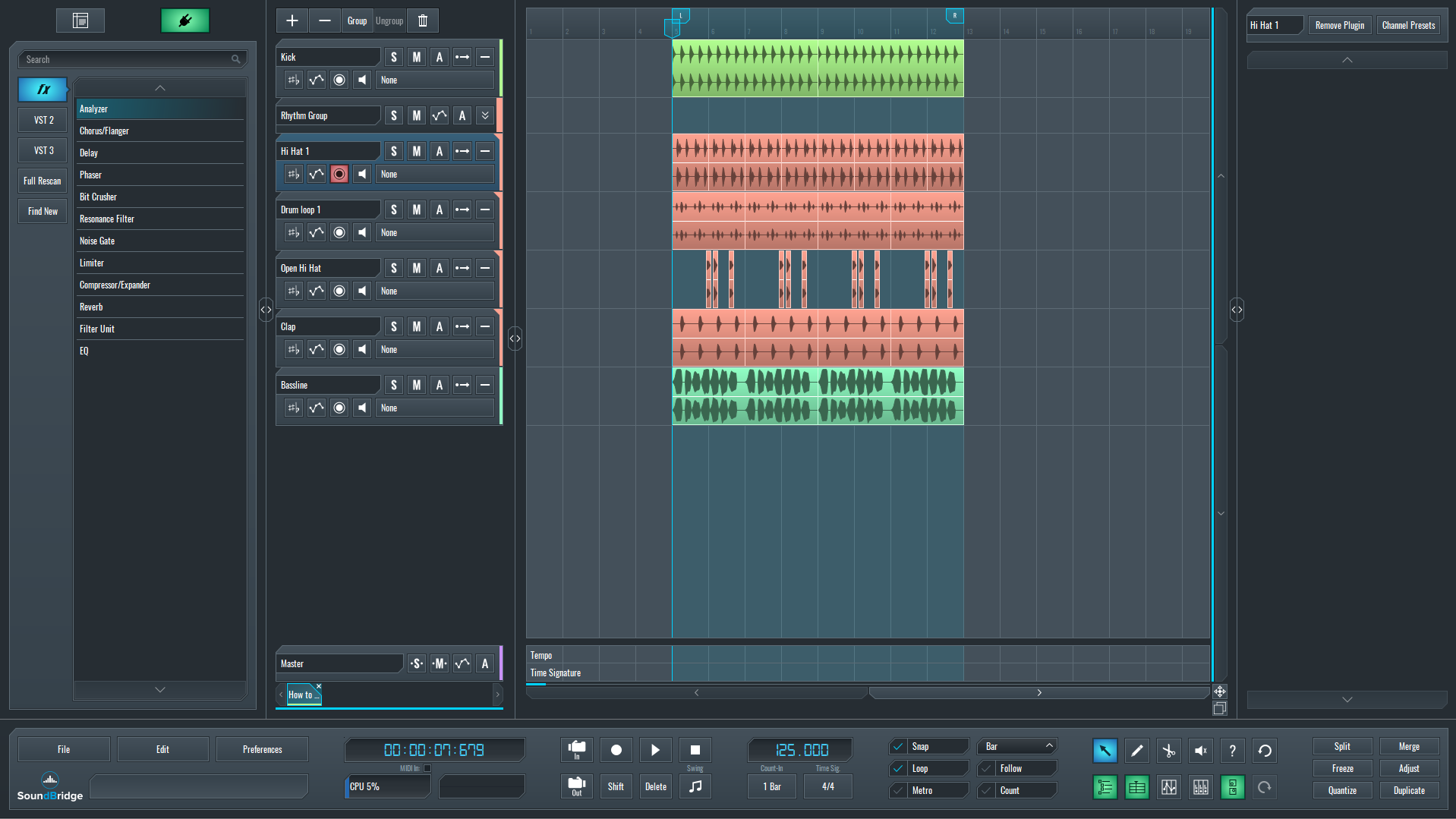 To create the Super Saw, we have chosen Massive by Native Instruments. Regardless, there are lots of other options of software synths you can use. Now we will write a chord sequence that follows the bassline. Let’s hear how it sounds with the default preset. 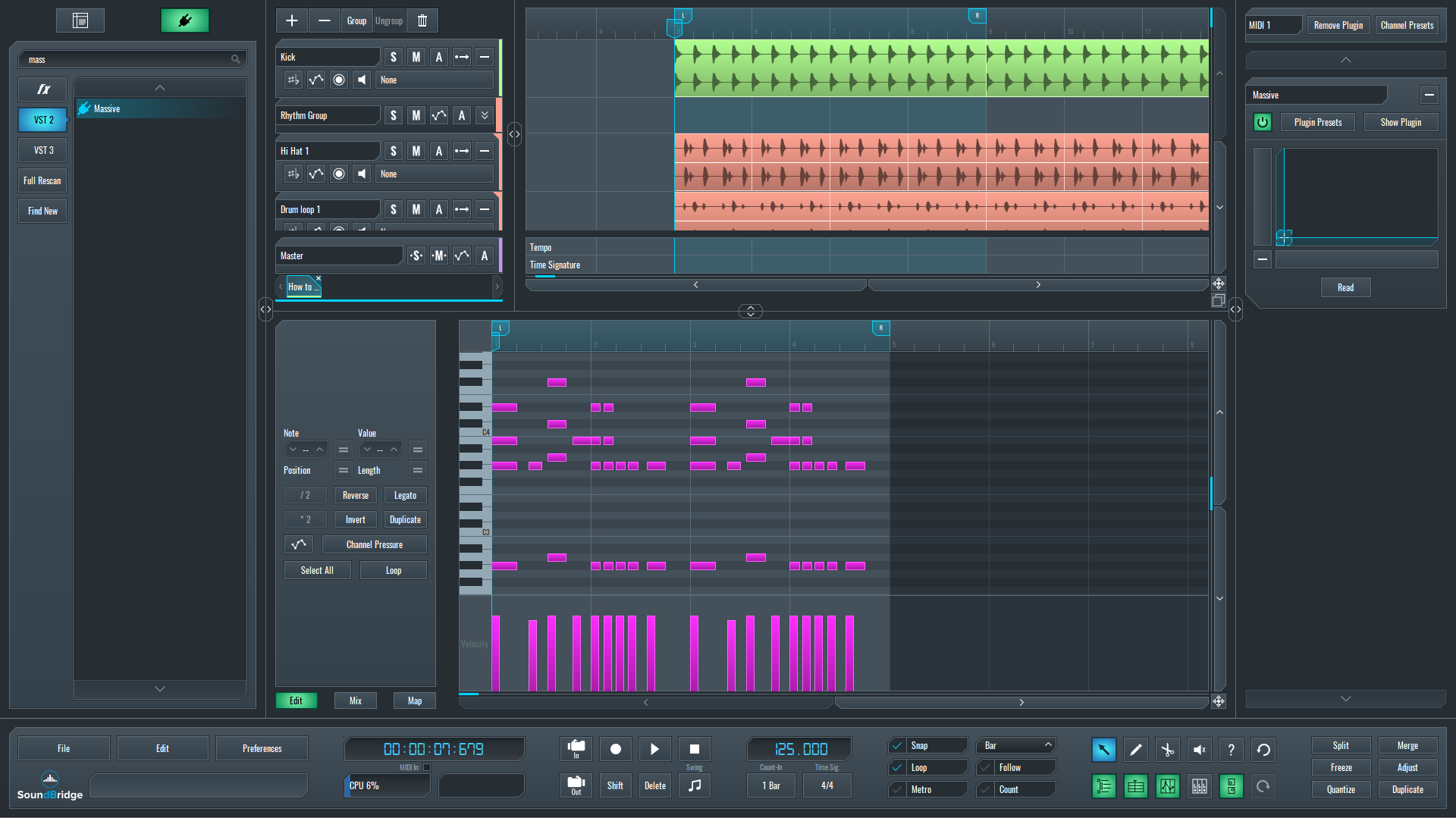 Now let’s set some parameters on the oscillator section to the left of the interface. As you can see from the picture below, we have used all three available oscillators and one modulation oscillator, which is modulating the phase of the oscillator no. 1. Lastly, we will also use the noise oscillator to add white noise on top of all the saw waves. Here is how it sounds so far. 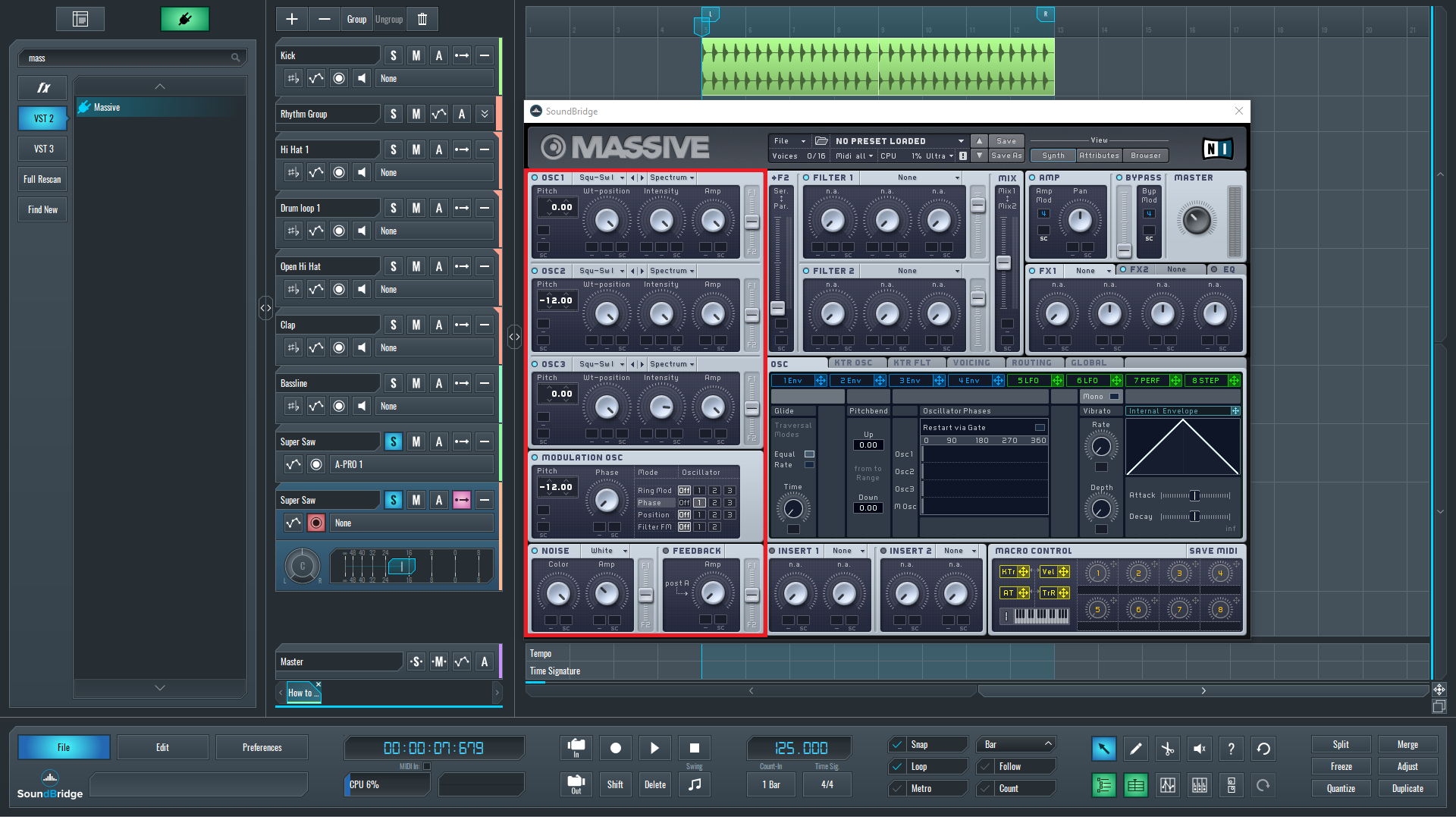 The most important parameter within Massive, that actually turns an ordinary saw waveform into a Super Saw, can be found under the “Voicing section” in the center of the interface.

Here we will increase the unison voices up to eight and engage the “Pitch Cutoff” tab. Then, slightly move the fader to the right in order to make the voices slightly detuned. For a wider stereo spread, we will engage the “Pan Position”. This is set by default to the center or mono. Let’s move the slider to the left. You can see all the settings in the picture below.

Now let’s hear where we got with our Super Saw sound.

Lastly, we will finalize our Super Saw sound by adding reverb. Also, we will add polish by boosting some mid and high frequencies with the built-in EQ.

Let’s hear the result soloed, and then in the context of the mix.