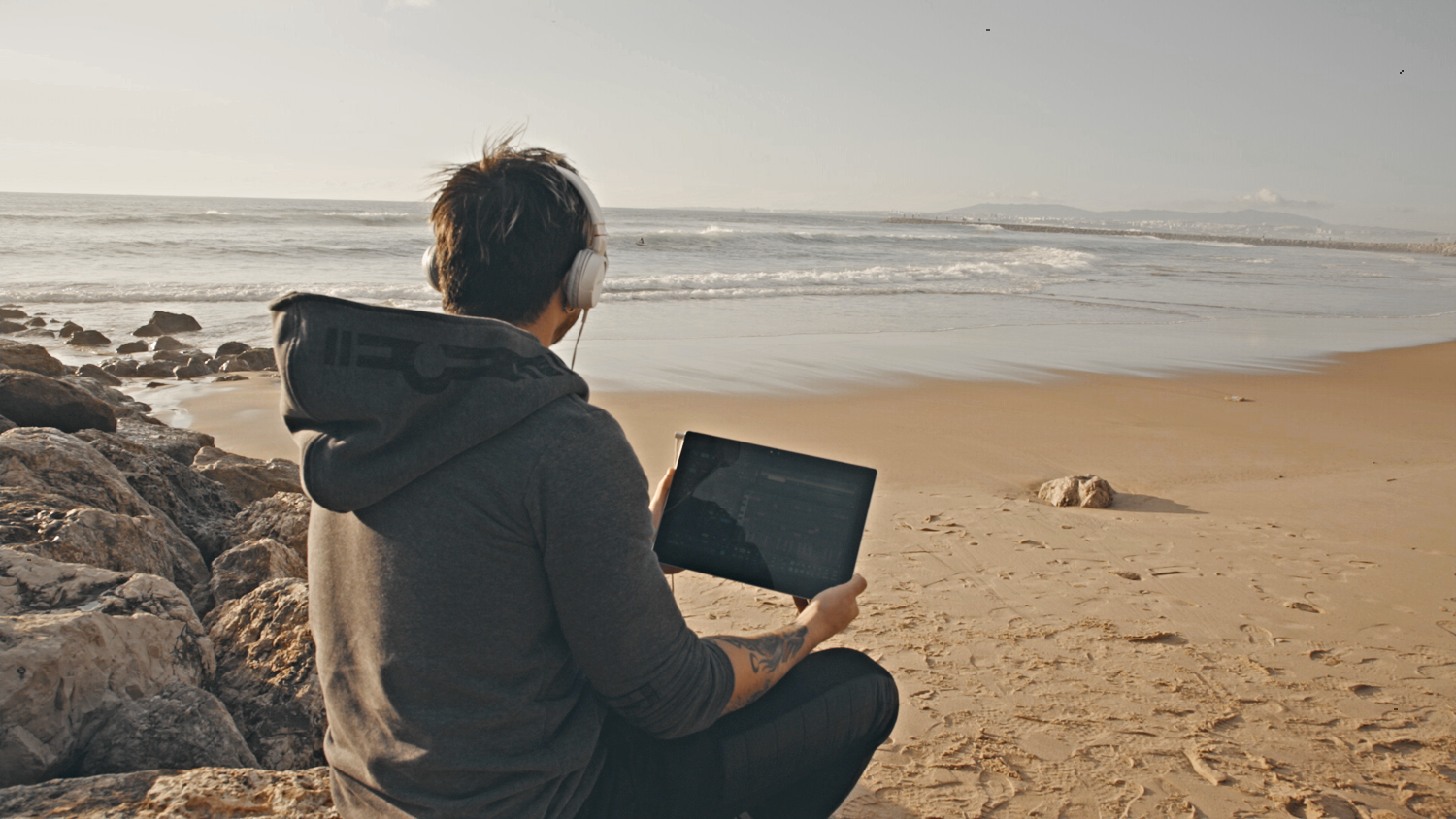 Drum and bass music grew out of the UK underground rave scene in the ’90s. Since then, it has branched off into countless sub-genres and derivations, each with their artists and varying levels of prominence. Despite a complex set of influences and roots tied in Funk, British African-Caribbean sound system, and early hip-hop, we seem to associate the genre most strongly with the classic drum pattern it was generally built upon – the famous “Amen break”. All in all, this seems to be drum and bass’s most valued asset. Therefore, let’s see how we can go about recreating this characteristic sound.

This drum pattern, initially sampled from a 1969 song by The Winstons entitled “Amen, Brother,” is widely seen as having “changed the face of music” (The Economist). How it did so largely exceeds the scope of this article. With that being said, it is important to recognize its importance. It is, after all, central to the genre of music we’re looking at.

Today, we hear variations on this original pattern. This stripped-down version is the most common one:

Most drum and bass tracks fall around 170 – 175 BPM. At these speeds, taking out the snare rolls (and perhaps only using them as fills) helps give the drums some room to breathe. The particular drum sounds that I have used for this example are more deeply associated with the underground/tech influences of the genre.

This is how we would notate this pattern.

From top to bottom, the notes represent high-hat, snare and kick.

Here is the same pattern with the snare rolls. As you can tell, they give the drums even more energy but take up a lot of space in the mix.

At a slower tempo, adding snare rolls and double-time hi-hats maintains the energy of the track. This energy we feel from the Amen break is largely responsible for its popularity. It also dictates the vibe of a lot of Drum and Bass tracks. It is quite challenging to make natural-sounding digital/synthetic snare rolls – these rolls work best with an acoustic snare.

The drum hits used for these two examples are from the BHK sample packs. Since Drum and bass has been around for a long time and is technical in nature, find a lot of good drum samples online. Achieving a good drum kit for drum and bass production requires a lot of the general design techniques – like sample choice, layering, and mixing. Yet, there are few things that apply to this genre in particular.

Again, because of the fast tempo, your drum samples are going to have to be tight. They must be distinguishable and must not interfere with each other. Use the volume envelope on your samples to preserve the essential quality of your sample and eliminate undesirable content. For example, the impact of your kick in the sub frequency region should be at (or very close to) the transient. A short volume envelope could potentially cut out the impact and power happening a little later in the temporal envelope of some of these samples. As for the snare, a short tail will give it the snap it needs to get people moving. This means the transient will have to be thick enough to give the snare some body. The same applies to hats and cymbals. They have to be shortened accordingly so that the shuffle rhythm is clear.

Since drum and bass has been around for so long, the sound design seems to be split between digital and acoustic drums. As you delve into the underground sub-genres like Neurofunk, you hear much more aggressive, digitally designed kits. They have a different character to those you hear in the mainstream. A lot of more popular drum and bass tracks layer digital samples with acoustic ones. The benefit of this is that you maintain an organic sounding kick or snare, but under the surface, the sample has all the right frequency content; which is difficult to obtain solely from acoustic samples. The different snares that I used in each of my drum loops are a good example of this. The pitched up snare in example 1 is a characteristic asset of Neurofunk.

We can talk about drums on their own all day. However, in the end, they will be played alongside other elements in your track. It differs from Dubstep, where you often sidechain the kick and the snare with a key input from one ghost signal. This ducking technique is uncommon in drum and bass. The reason is  BPM. The rhythms that the kick and snare are playing can cause your synths to duck too often and on syncopated notes. This is why, in some cases, it is worth considering a shorter and lighter sidechain signal keying the snare. This way, it still has space. However, the synths are not getting crushed every time it hits. It also goes without saying that your ghost snares should not be sidechained.

There you have it! With the amen break, the two rhythms, and general tips about applying drums, you have the core knowledge that outlines modern drum and bass music. With that being said, synth processing is, in it of itself, a complex discussion to be had. That’ll be for another time!