What is a Drum Machine?

Drum machines are electronic musical instruments that create percussion. They may imitate drum kits or other percussion instruments, or produce unique sounds. What’s more, most modern drum machines allow users to program their own rhythms. Drum machines may create sounds using analog synthesis or play prerecorded samples. It is a fact that drum machines have had a lasting impact on popular music.

Along with synthesizers and samplers, drum machines are among the most common and widely heard electronic musical instruments. Synthesizer users had been creating electronic percussion sounds since the outset. One could run the output of a noise generator through a filter, applying an envelope generator (with a quick attack and no sustain) to the filter cutoff frequency. The pioneering German band Kraftwerk went even further, building electronic drum pads that would output a trigger pulse when struck.

The modern drum machine came about when hardware manufacturers combined a sequencer with a set of percussion sounds in the same unit. This allowed music producers to create their own drum patterns easily and freed them from the need to record percussion parts using live drummers. Recording a drum kit is the most costly and challenging part of the traditional recording process, requiring many microphones and much time spent tuning drums and balancing the sound. A producer with a drum machine could plug one device into the mixing board, press a button, and roll.

How to Use Drum Machines?

The first thing to do is to set up the kit. You need to select the drum sounds you want to use and adjust or tune the sounds as necessary. When creating your own pattern, first determine the time signature and the number of measures in the pattern. Then select the resolution or number of steps per measure. Before recording, you may have to select a pattern number to record into, possibly erasing the pattern that was there previously. Next, decide if you’re going to step sequence or record in real-time. For real-time recording, you can generally throw the machine into record mode. A metronome will help you stay on the beat, and you simply play the buttons.

Once you’ve recorded a drum machine pattern, you can copy the pattern to other memory locations. Then alter the copies to create variations. After you’ve made several patterns, you can string them together to assemble an arrangement. Most drum machines have a “song mode” that you can use for building and playing back arrangements.

Nearly all Drum machines and sequencers have a feature called quantize or quantization. Quantize is a fancy word for automatic error correction, which fixes slight timing errors made during real-time recordings. This is a fantastic thing for people with bad timing who can’t keep a steady beat. On the other hand, if you are an accomplished drummer, quantizing can eliminate the tiny timing variations that create “feel” and add personality to a drum part. Nevertheless, heavily quantized drum patterns can sound somewhat robotic and sterile and are characteristic of industrial or techno styles. Don’t hesitate to use quantizing if you need it, but try playing without it.

The Impact of Drum Machines

The advent of drum machines derailed the careers of professional studio drummers. Drum machines also made it possible for people who lack traditional percussion skills or lacked the physical space for practicing or recording drums, to create full-sounding professional quality drum tracks. Drum machines are not usually considered acceptable for live rock performances, which depend upon human drummers for much of their visual excitement. Yet in rap and electronic music styles, we’ve grown very used to seeing drum machines on stage.

Use White Noise to Enrich Your Snare Drum 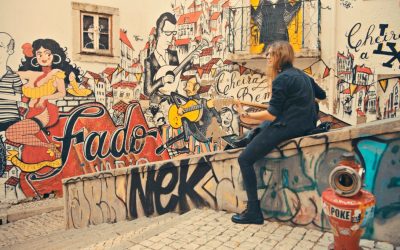