Delay effects were always an inevitable part of music production in general. From the first delay effect that was based on the analog circuitry, all the way up to powerful modern digital delay units which are offering much more options than just the classic delay sound. One of these modern units is Replika XT by Native Instruments which is a genuinely versatile effect unit. It has an excellent user interface and delivers a single feedback delay, phaser, filter, and other modulation effects. Moreover, it offers three styles, which are modern, vintage digital and diffusion.

Since this effect has a lot of potential and a higher number of options, I will divide this tutorial into two parts. So, let’s start!

Here is a newly formed audio channel within SoundBridge where I placed a drum loop. On this channel, I will add a new instance of Replika XT. So, let us hear how this drum loop sounds unprocessed.

Upon opening of the Replika XT, we can see a straightforward and if I might say, a nice looking interface. 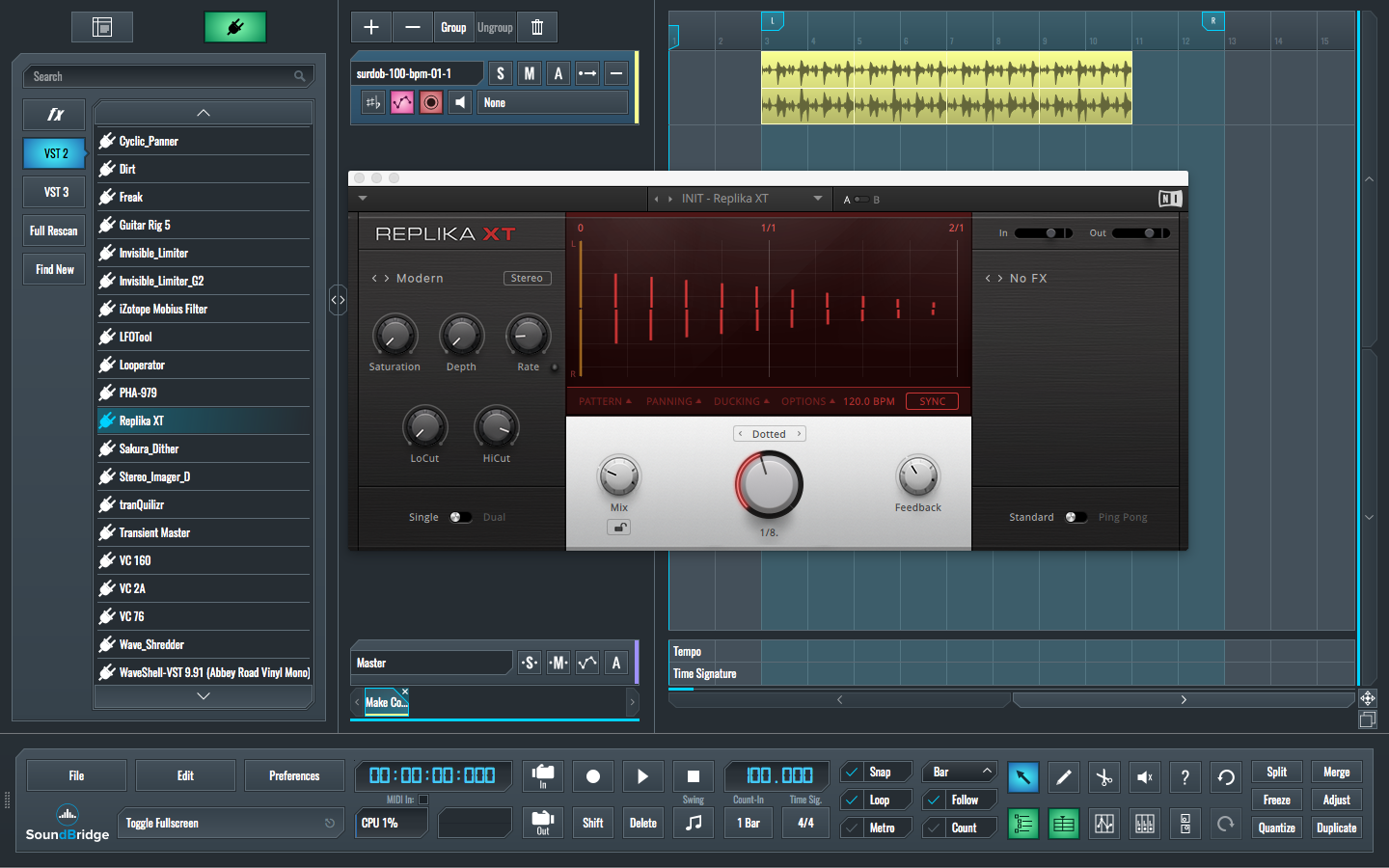 On the left there is a section with delay types, offering three modes like I mentioned above and a switch between single and dual delay circuit. In the center of the interface, there is a grid which helps to see how delay signals are positioned between each other(that is if the dual delay is turned on). Below there are standard parameters for the mix, delay time and feedback. The right part of the interface consists of the effects section, and in the bottom, there is a switch between standard and ping-pong.

In the first example, I have chosen the diffusion mode with a slightly larger size, followed by the short 1/32 delay time and on top of that, the whole signal is modulated by the filter. Therefore, the sound delivered like this got some nice depth and space. Let us hear it. 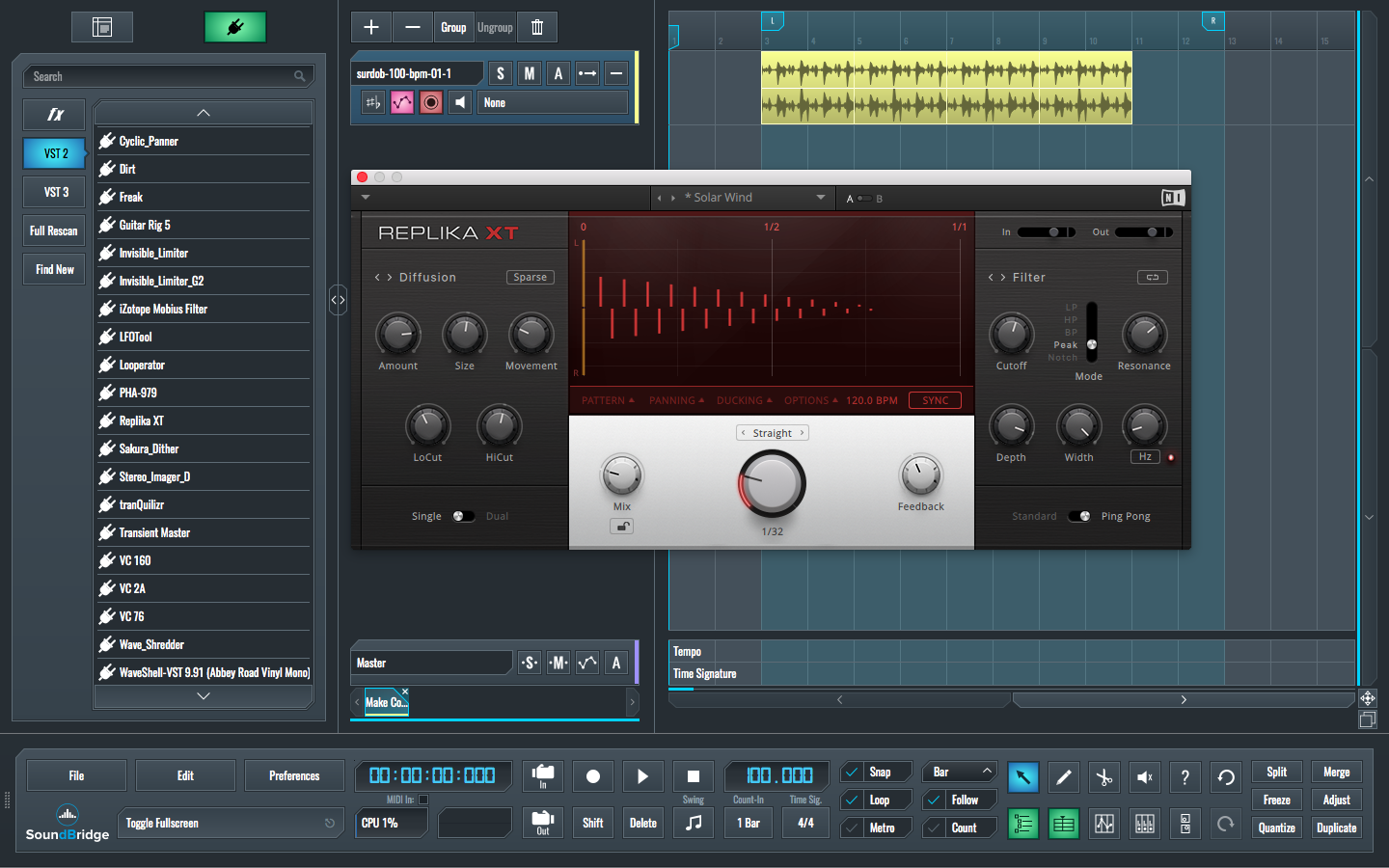 In the second example, I chose to make something unorthodox when it comes to delay effects. I started with the analog mode with a bit of distortion. After that, I added a very short double delay with maximum feedback. In the end, the signal is processed with the frequency shifter effect on which I have automated the shift (or the frequency) parameter. Consequently, the result sounds like an uplifter which you can hear in the following example. 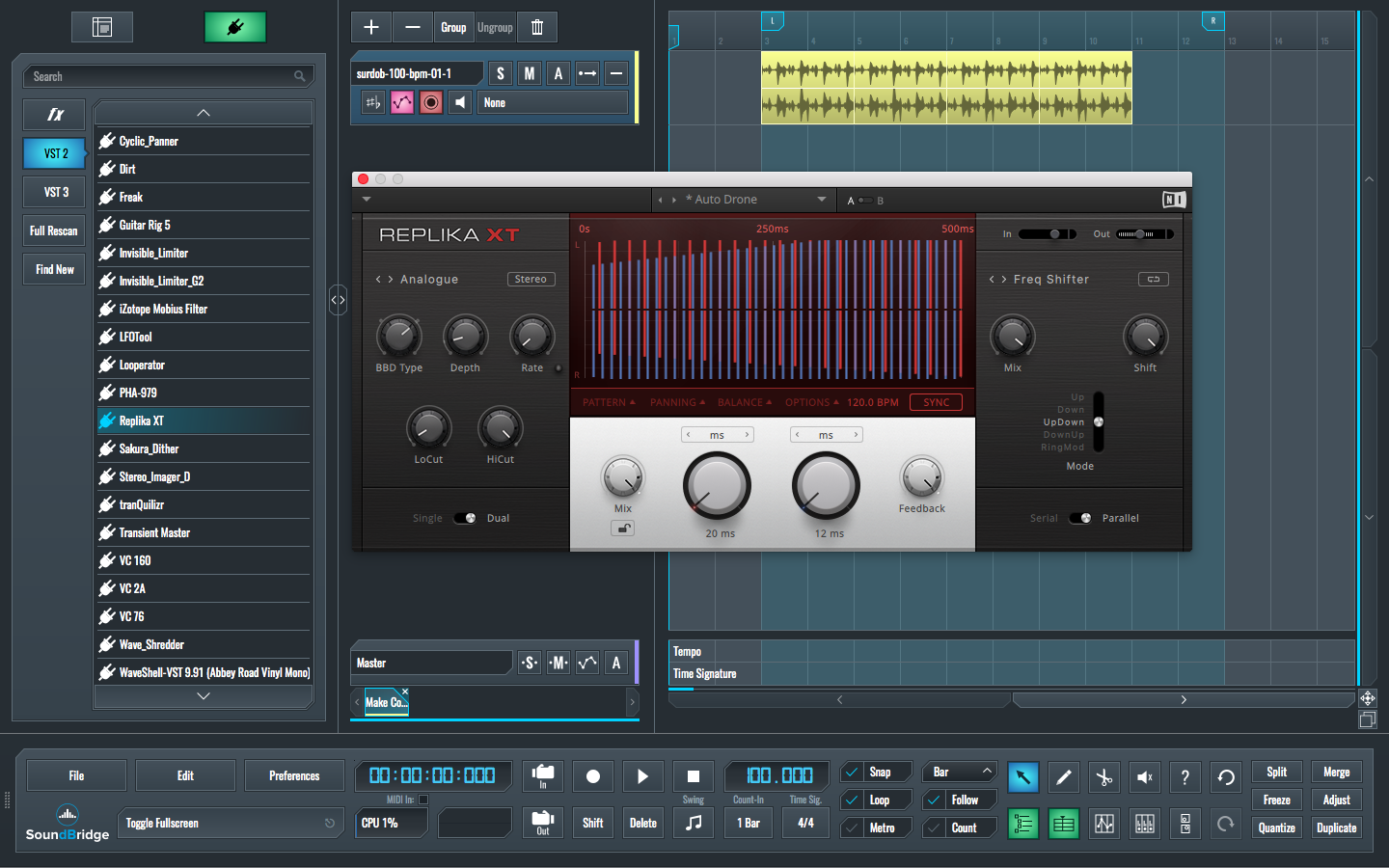