Delay, or echo effect if you like, is an inevitable part of audio and music production alike. It is one of the oldest audio effects out there and besides that, it is very versatile. When it comes to the delay effect, options for coloring and bending the sound source is unlimited. Nowadays we have a see of different hardware and software delay effects available, but one that really caught my attention in recent time is Tekturon by D16 group.

Tekturon is a multitap-delay effect with 16 independent, high-quality delay lines. What really sets it apart from other, similar products, is the way it’s controlled and the unique topology into which the taps are arranged: The Delay Matrix. In fact, Tekuron can’t be thought of as a tap-delay effect in the strictest sense, but more of a sequence of taps equally delayed from each other. So, working with the plugin strongly resembles using a step sequencer. This rather unusual design should give your creativity just the kick it needs!

Without further delay let’s see what this plugin can do. Here is a short sequence that I have previously made in Soundbridge. It contains drums, bass line, guitar, and relaxing kalimba sequence. So let’s try to put Tekturon on kalimba first and let me introduce you to the plugin and its main features. 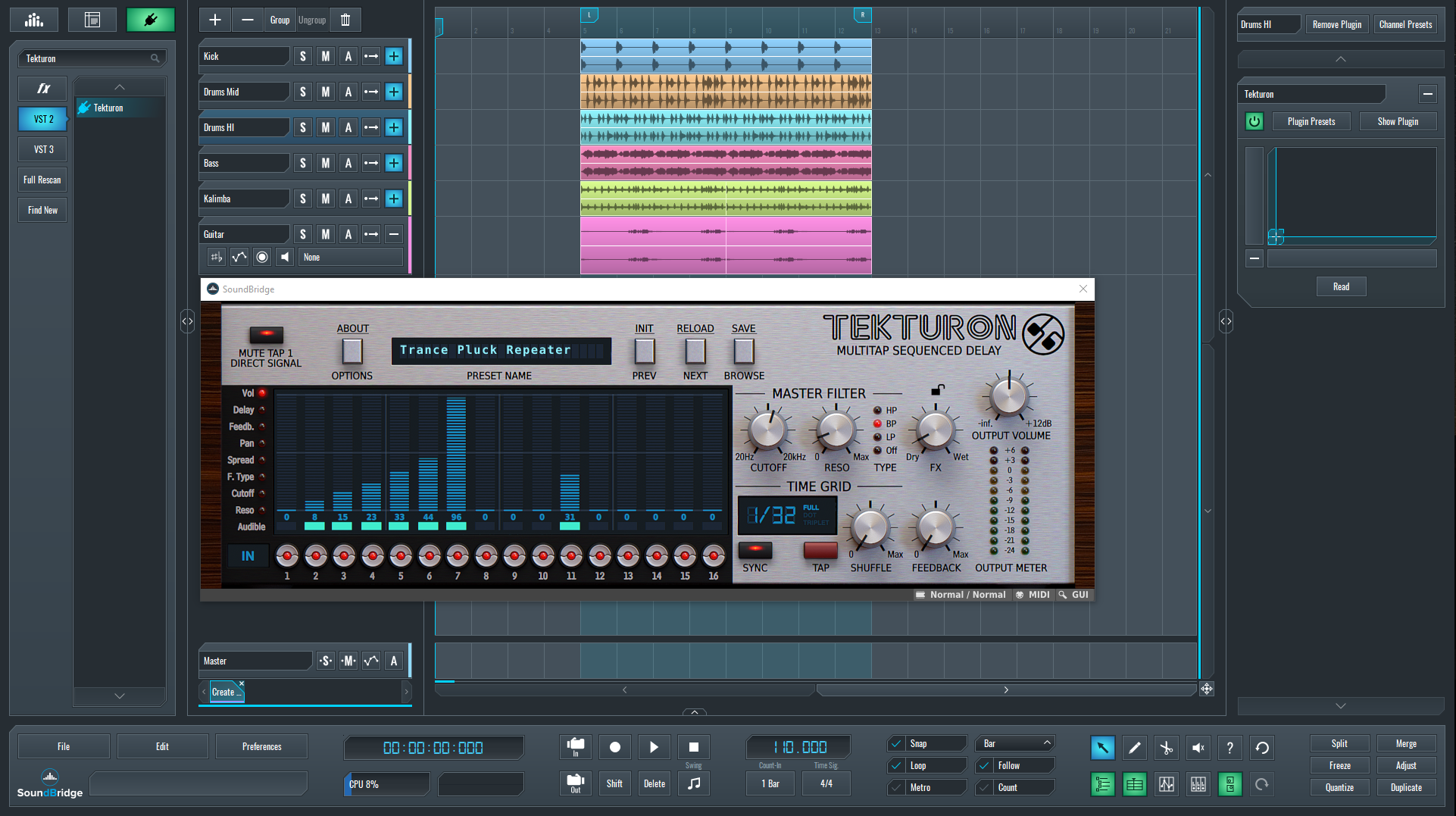 After opening the Tekturon delay we can see a kind of sequencer part on the left and middle part of the interface. On the right, there are more-less classic controls like cutoff, resonance, dry/wet mix, shuffle (a nice touch) and feedback parameters. Since I believe the majority of you are familiar with this classic parameters, I will spend more time in this tutorial explaining the core of this awesome plugin, which I mentioned in the beginning.

In Tekturon we have 16 independent delay lines. You can set them on or off just with a single click.

On the far left, there is an option for applying the individual setting for each of the delay lines.

On this part, we can control volume, delay time, feedback, panning, spread, filter type, cutoff, and resonance. Therefore simply drag the value up or set the delay time value as shown in the pictures below.

In the end, let’s hear a couple of audio examples of this great plugin on different instruments.