In modern electronic music, especially genres like EDM, Psytrance and Dubstep, you probably noticed how production parts are aimed towards various pitch and frequency modulation. This trick gives that unmistakable feeling of uplifting that you experience while listening to the track. If you are heavily into experimental stuff and have always found that none of the numerous plugins available out there offers the possibility of making these kinds of really bizarre effects and textures that have been haunting your mind, Hematohm is your Holy Grail.

In its essence, Hematohm by Ohm Force is a versatile plugin that contains a number of different effects. However, the main effect I want to talk about in this tutorial is frequency shifter. This device raises or lowers the frequency of an input signal. It does this using a complex amplitude modulation like technique. Unlike the pitch shifter, the frequency shifter does not preserve the harmonic relationships between the various tones and harmonics in the input signal. Because of this, sounds processed by a frequency shifter start to sound very unnatural with only a small amount of shift. This effect is excellent for build-ups which are heavily involved in Psy Trance genres, so in the next tutorial, I will apply it on the kick drum.

Here is a short Psy Trance sequence that I have previously made in SoundBridge. Let’s hear how it sounds.

The next thing to do would be to duplicate the kick drum channel and place it below the original one. Furthermore, from the duplicated kick drum I will make a kick drum buildup, and on its channel, I will put a new instance of Hematohm. Now let’s hear how the kick drum builds up sounds without the effect.

~Kick Drum build up without Hematohm 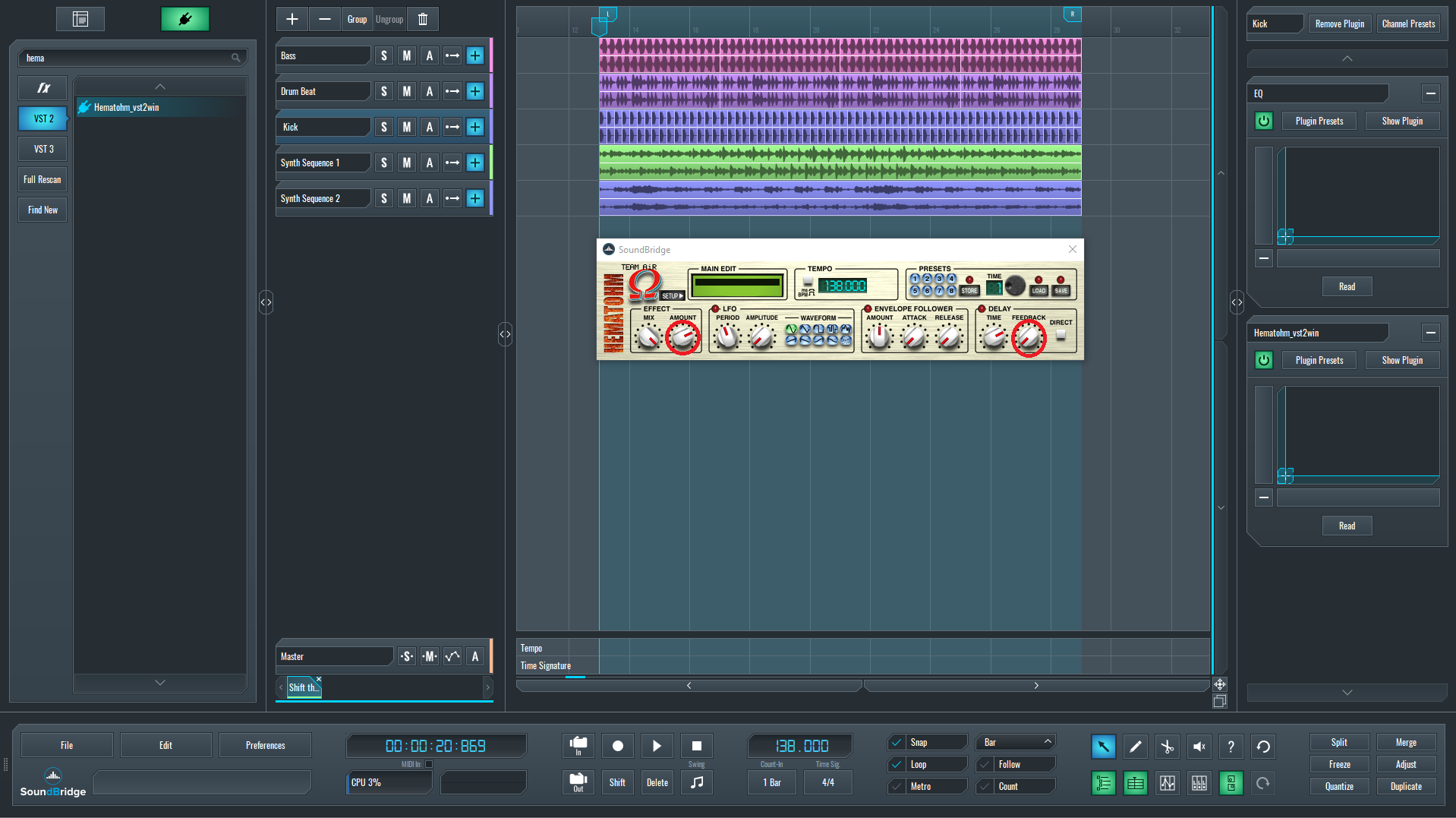 ~Kick Drum build up with Hematohm

In order to add some more sense of space, I will add a bit of reverb as well as to automate the gain level towards the end of the build up. Now let’s hear the difference.

In the end, let’s have a final listen to the buildup together with other effects mentioned above.