What is a Groove Machine?

A groove machine is a hardware device that is something more than just a drum machine or sampler. Groove machines are optimized for pattern-based musical composition. Groove machines have a “tabletop” form factor, with the main controls on the top of the device. Some contain synthesized sounds; others feature sampling and loop splicing. Even though you can use them in practically any style or genre, companies generally market them to dance music producers.

A groovebox is a self-contained electronic or digital musical instrument for the production of live, loop-based electronic music. The name has since entered general use and dates back to the Movement Computer Systems Drum Computer in 1981. It consists of three integrated elements. Moreover, it has one or more sound sources, such as a drum machine, a synthesizer, or a sampler.

Furthermore, it has a music sequencer and a control surface that is a combination of knobs (potentiometers or rotary encoders), sliders, buttons, and display elements (LEDs or an LCD screen). The combination of these elements into a single system allows the musician to rapidly create and control a pattern-based sequence, often with different instrumental or percussion voices playing simultaneously.

With a goovebox, you can quickly chain these sequences together into a song in a live performance. You can save sequences and songs, retrieve them from memory, and insert them into the current performance while playing. In some cases, a single player may create an entire musical performance with a single groovebox. In other cases, the groovebox is simply one instrument amongst many. The large variety of grooveboxes available reflects this. They range from Roland’s lower-end MC and SP products, which include basic sequencing and sampling capabilities, to Akai’s flagship MPC 4000 and 5000, Yamaha’s RS7000 or Roland’s MV-8800 which include features such as high-end sampling, high-polyphony synthesizers, and extensive sequencing, connection and storage possibilities.

Groovebox style instruments have facilitated many performers who may have previously been unfamiliar with electronic music, to explore the genre. Many performers and bands from outside the electronic community have integrated groovebox instruments into their shows. This is a convenient way of incorporating electronic sounds into a more traditional format. The sequencer and control aspects of a groovebox can control an external instrument over MIDI. The internal voices may also be controlled by external equipment.

A groovebox is similar to a music workstation. The general differences are that it will often omit or include only a simplified keyboard, it’s portable, and usually contains more user controls. Also, a workstation is better for studio musicians and composers, while grooveboxes suit the needs of live performers. However, units matching either description are used both on stage and in the studio.

A defining characteristic of a groovebox is the ability for the performer to alter both the sequence and the sound parameters in real-time. Units marketed as such, which have failed to implement this feature correctly, or at all, have not been well received. Grooveboxes may also be compared to drum machines such as the earlier Roland TR series (606, 808, 909, etc.), or their TB-303, and the term has retroactively been applied to such units.

Control Your Drum Roll Build Ups in a Different Way

Try Starting With The Chords 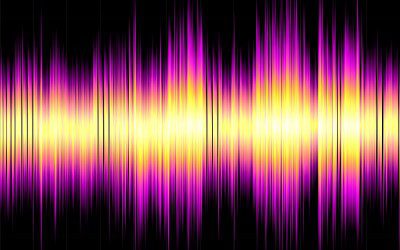