How to Easily Make a Hardstyle Lead

Hardstyle is a genre of electronic dance music that originated from Gabber in the early 2000’s. Although Hardstyle uses mostly recycled elements from this predecessor, it does not feature the violent themes and much more aggressive sound design that Hardcore Gabber does. Hardstyle lives in a more melodic realm with ethereal ambiance. In this article, I’ll create a basic Hardstyle lead in Native Instruments Massive and talk about how to arrange it in your track.

One of the main aspects that differentiates Hardstyle from Hardcore is the melody. Many Hardstyle melodies play the root note as an eighth note triplet an octave down. The top voice plays a diatonic melody that is usually in a minor key but not exclusively. I’ve arranged a melody in Lumit that includes these traits.

The root notes give the melody a certain bounce that works very will with the kick that will eventually come underneath it. Note, however, that there are never two notes playing at the same time. Due to the multitude of voices and detuning in the sound, polyphony sounds too messy.

Once you’ve loaded up a new instance of Massive, turn all three oscillators on and make sure they are set to Square-Saw 1.

This sound relies so much on detune. Using the same waveform three times will amplify this effect. Set the wavetable position at 2 o’clock, 3 o’clock and 12 o’clock respectively. Next, detune oscillators 2 and 3 by the same amount. Then, route all three oscillators to Filter 1 and assign an LFO to control the pitch of oscillator 1 at a range of 1 semitone. 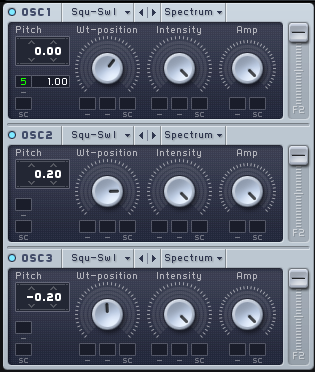 Set the filters to serial and add a low-pass filter in slot 1. Then, set the cutoff frequency and the resonance around 3 o’clock. Assign Macro 1 to the cutoff frequency. With several parameters linked to this macro control, we will have a way to control the “openness” of the sound. This, in turn, can be an ideal way bring the lead in during the breakdown/buildup. 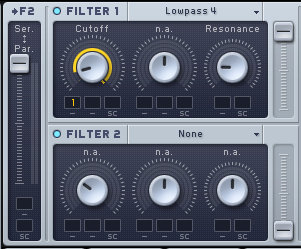 In the effects slots, add a Dimension Expander, followed by a Reverb. These two effects will help give the sound the perceived size it needs and will later be emphasized by compression inserted onto the channel in Lumit.

LFO 5 is assigned to the pitch on oscillator 1 but we haven’t done anything to it yet. In the 5LFO tab, shift the phase of the sine by 90 degrees and turn the rate all the way up. This will further emphasize the detune of the oscillators without making the patch completely dissonant.

Next, in the Voicing tab, set the Unisono to 8 voices and turn Pitch Cutoff and Pan Position on. Then, slide the Pitch Cutoff fader to the right a little. If you go too far, you’ll immediately hear it becoming too dissonant; the key is to find the right balance of detune and tune.

Now the sound is starting to take shape but it is still a little thin. By adding some phase modulation to oscillator 3, we give it a different texture which adds some character and diversity to the monotony of these three, similar oscillators.

In the amp envelope, turn the sustain all the way down and set the decay to about 9 o’clock. Then, assign Macro 1 to it and turn the range up all the way. Now, as you move Macro 1, it will gradually open up the low-pass filter and the decay time of the sound.

Renaming Macro 1 to something like “open” could be a good idea for the sake of organization.

And finally, to thicken to your sound, you can add some feedback to the patch.

Playing the melody that I wrote earlier on, this is how the patch sounds:

The sound coming directly out of Massive already sounds great but there are few things we can do outside of Massive to polish it up.

A Hardstyle kick has a lot of mid-range frequency content. So, in order to keep the two from conflicting, apply a high-pass filter to the lead. 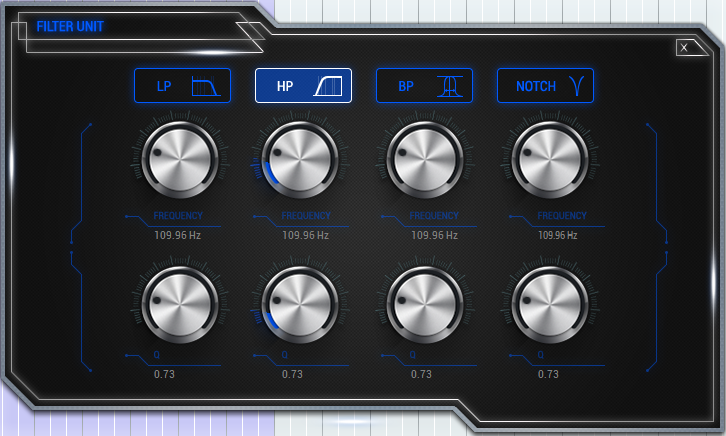 I set the knob at about 110 Hz which means it will eliminate any sub frequencies. This is, however, the absolute minimum. When trying to match this lead with your kick, you’ll probably have to cut more of the lows.

Adding compression helps to bring out the reverb between notes and stabilize the sound for mixing purposes. 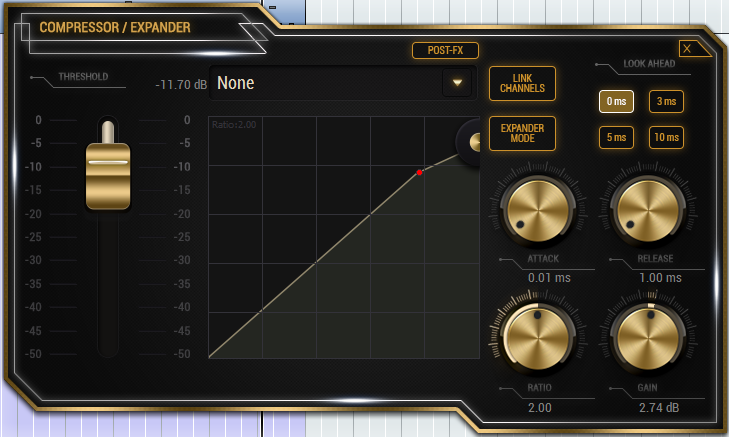 That’s the complete synth. Notice we are using basic waveforms but there is complex content coming from subtle detune. This means you could replicate this process on a variety of synths; have a go and see what sound you like most.

Here’s the patch we created in context with other elements. In the intro, I’m automating Macro 1, to “open up” the synth.