Learn How to Craft a Unique Sound Effect

Today, I will show you how I made this unmistakable sound effect in Lumit!

It is composed of 7 different elements from a variety of sources. This I believe, helps identify the sound. Pulling from the same libraries and synths again and again is bound to get too familiar sounding and is not as memorable. With this being said, if there is a particular extensive synth or sampler that you are very fluent in, it may be all you need.

I started this design with a male vocal sample from Loopmasters called DVF2_105_B_BT_Fullnobass.

The first thing I did with this sample was crop the portion that I liked. I really just wanted the softer background vocals that come in after the guy sings the hook. If fact, I only used one little breath of it and shaped it with a fade in and fade out. I dropped a band-pass filter on it which I automated the position and gain of a resonant band on. That is followed by a delay and some reverb on pretty drastic settings (over 50% wet, long feedback, long tail). I used this resulting sound as the main impulse of the design and based the rest of the elements around it. 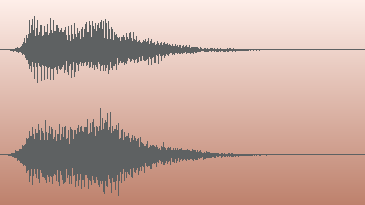 For this element, I used another sample from Loopmasters, this time a female vocal called KW_127_Fm_Neon_Adlib3.

The editing process of this sample was pretty much the same as for the male vocal sample, except I reversed the sample before cropping the portion I liked and adding fades. After positioning the element how I wanted in the sequencer, I dropped a high-pass filter, a delay, and a bit crusher on it. Then, I duplicated the track and panned the copies hard left and right. On the duplicate, I slightly modified the effects settings. This task helps give a realistic width to the sound. I cropped, pitch shifted, and arranged a few snippets of my new samples a second or so after the initial sound. This created that cool digitized robotic fade away you hear in my affected sample.

The sub bass drop is a simple FM8 patch made up of 2 sine oscillators an octave apart with a little detuning. I also added a second “voice” in the master tab and some further detuning. Once this synth sound was ready, I drew in a note and a downward pitch bend a second or two after the start of the it. This provided that booming decay you hear as the sound effect fades out. 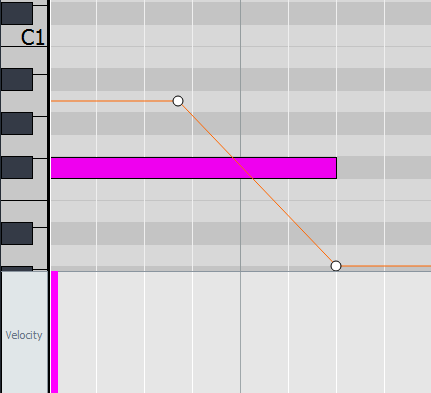 The synth pad you hear is another FM8 patch with 2 sine oscillators. This time, the oscillators are on the same octave but detuned more and hard panned. It has some very slow, shallow pitch modulation on it in a triangular contour. The entire output is going into a reverb with about a 2 second decay.

This kick is a simple 808 sample from the Battery 4 Factory Library with the decay shortened and some band-pass filtering to get it out of the sub’s way. I placed it right at the start of the sounds I laid out already to act as a transient. 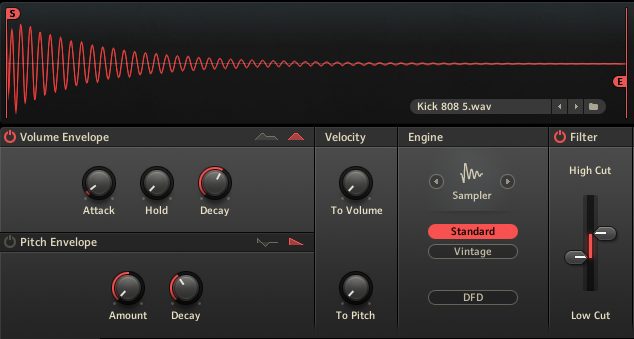 The cymbal sound is from the Battery 4 Factory Library as well. I tuned it, reversed it, added fades in the Battery editor, enveloped the pitch to ascend for a second or so after it is triggered, and sent it to a delay with a lot of feedback and pan modulation.

This element is perhaps the most exciting of them all. It is another FM8 patch made up of 2 sine oscillators an octave apart. But this time, one of them is frequency modulating the other at full depth. Also, the envelope has full sustain and the attack is a quick sweep. I created some deep, slightly delayed amplitude modulation with the rate automated. This is what causes that “speeding up then slowing down” effect you hear as the sound decays. In addition, I automated the feedback level of the carrier oscillator as the sound is decaying. This is why you hear that brassy timbre enter a little later in the sound. Lastly, I dropped a fairly dry but large reverb onto the output. 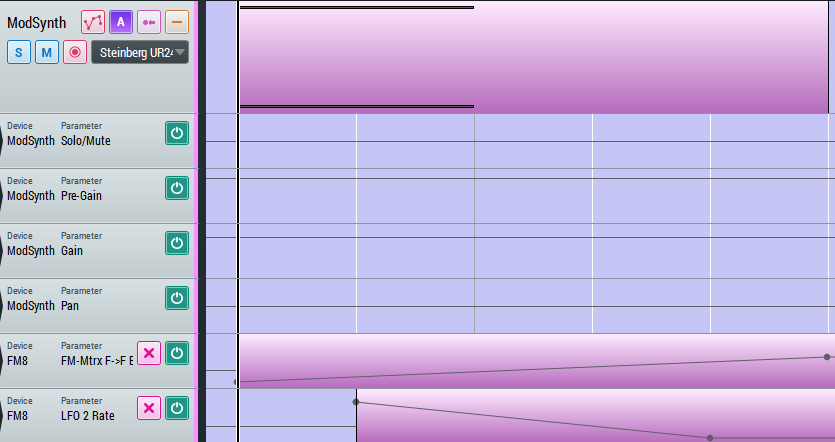 Once I had my elements designed and arranged how I wanted. I used Lumit’s freezing tool to render the master to a new audio track twice. On one of the bounces, I went heavy on effects. I compressed it with Solid Bus and high-pass filtered it (because you don’t want overlapping low frequencies). I also put a fully wide stereo imager from Waves and a fully wet reverb onto the chain. This affected copy sounded nice with the original (which I just added some pre-gain to), but it needed to be inverted because there were some phase issues.

Once this issue was settled, I was able to process the combined output with Ozone 6. I used their EQ, imaging, and maximizer to make the final blend. Once you have a sound like this designed, I would recommend bouncing several variations of it at different pitches and speeds. You’d be surprised at how versatile one sound can be when it is this unique. 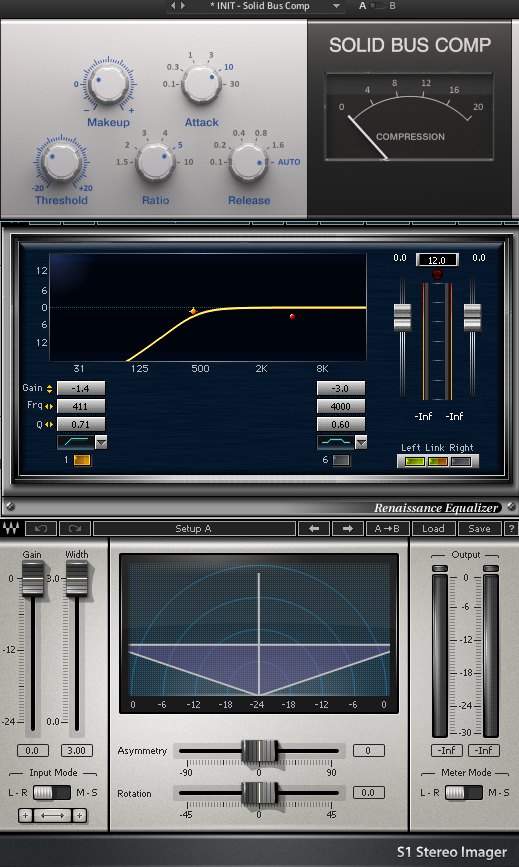