The classical guitar, also known as nylon-string or Spanish guitar, belongs to the guitar family and is used in classical music. It has essentially wood on its body and strings made of catgut or nylon. The classical guitar is a predecessor of the modern acoustic and electric guitars, both of which use metal strings.

Historical evolution of the classical guitar

There is little documentation that determines with accuracy the genesis of the classical guitar. Thus, a lot of speculation exists about its place and date of origin.

The linguistic origin of the guitar points back to Sanskrit. Analyses of the cardinal numbers involving Sanskrit and Persian reveal several types of instruments linked to the word târ, meaning string. Along these lines, the chartâr, a four-string version of the târ, would have likely reached Spain in the beginnings of the A.D. era. The name chartâr would have become the Spanish word Guitarra.

A controversial debate regarding its origin exists. It questions whether the guitar is indigenous of the European region or came into the continent brought by Arabs during the Middle Age.

The evolution of the instrument achieved a new milestone during the sixteenth century, as documented evidence can confirm. The Renaissance guitar shares similarities with the Spanish vihuela, a six-string instrument with similar tuning and construction. This instrument appears to have had a strong influence on the design and tuning of early five-string guitars that first appeared in Spain in the middle of the century. They eventually replaced the four-string Renaissance instruments there.

The Guitarra set the modern standard tuning – A, D, G, B, E – for the top five strings. This tuning continues to this day. The number of frets on the guitar was increased from eight to ten and eventually to twelve. Later, it was in Italy that a sixth string became commonplace. This was possible by replacing or reworking the nut and bridge.

The design of the modern classical guitar can be attributed to Antonio de Torres. Since the mid-19th century, the construction of these guitars has been considered standard in “traditional” instruments. Contemporary classical guitars follow the Smallman design. This design replaces the fan braces with a much lighter balsa brace attached to the back of the soundboard with carbon fiber. The balsa brace has a honeycomb pattern and allows the soundboard to support more vibrational modes. This leads to greater volume and longer sustain.

Classical guitar strings once made of gut are now made of polymers such as nylon, with fine wire wound around the acoustically lower bass strings.

The traditional classical guitar has twelve frets clear of the body. A right-handed player holds it on the left leg. This way, the hand that plucks or strums the strings does so near the back of the soundhole. We know this as the classical position. The modern steel string guitar, on the other hand, usually has fourteen frets clear of the body. Guitarists using these types commonly play off the hip. 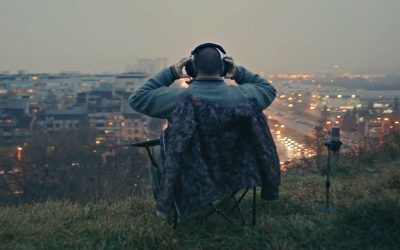 How to Make a Bass that Stands Out in the Mix