Techno is famous for its huge and ground shaking kick drums with powerful low-end frequencies. Producers are usually dedicating lots of their attention to creating solid kick drums because, in most cases, one kick drum sample is not enough to achieve the desired sound. In the next tutorial, we’ll show you how to create a Techno kick drum by using layers

Lat us start by choosing a mid-range kick drum sound that will be the body of our final kick drum. The sound you can hear as an example is adequate for this since it possesses a well-balanced body in the low-mid frequency range as well as some frequency content that is spanning up to high frequencies. Generally, it could be labeled as the kick drum that was used frequently in the Electro-Pop music of the 1980s.

The base of every right sounding kick drum starts with careful tuning of the sub frequencies. Moreover, one of the best and easiest approaches would be to generate the desired sound by adjustment and processing of the simple sine wave. The tool for this task, which interface is straightforward and easy, is KICK 2 by Sonic Academy. After creating a new midi track in SoundBridge, we will start by selecting a preset from the upper menu, which is essentially a traditional-sounding 808 kick drum, or a tuned sine wave. Hearing it together with the mid-range kick drum, we can see that those two sounds are fighting for dominance in the frequency spectrum. They sound quite hollow together.

To fix that, I’ll open the amp section of the KICK 2 plugin which contains classic envelope parameters. Then, I will reduce the attack as well as shorten the release. Processed like this, we can hear that our two layers already sounds better. 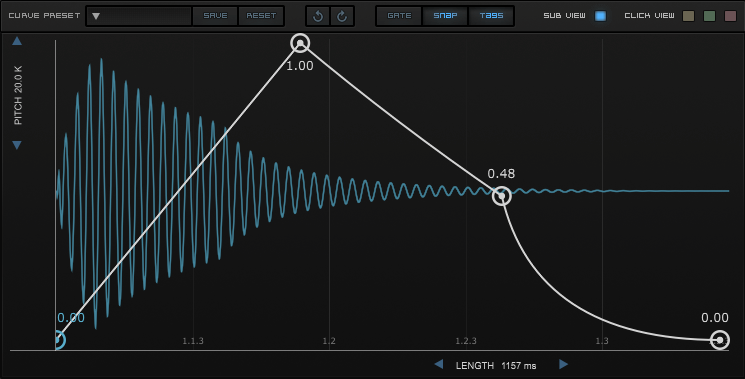 After this, I will switch to the pitch section of the KICK 2. Here we can see similar curves as in the Amp section. Now I will further tune the sub part of the low-end kick drum to glue it better with the other layer. 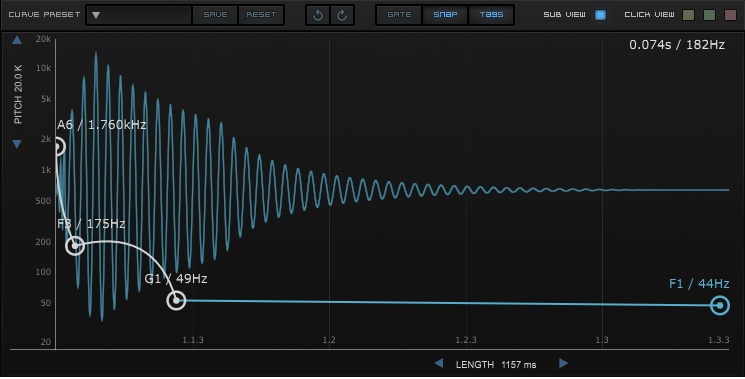 The next step would be to add our 3rd and final layer to the kick drum sound.  Alongside low-end base, KICK 2 can add three more layers are called “Clicks.“ I will browse thru the presets and find a suitable one. In the first click layer, we can see the global pitch, length, start position, and low and high pass parameters. After tweaking the settings of the mentioned layer, our kick drum now sounds like this.

Compressor and distortion units found within KICK 2 plugin are highly useful tools which you can use to shape up the Techno kick drum further. Finally, by processing the kick drum with some additional EQ-ing, here is the result.