Drum & Bass is a very dynamic genre. It has evolved so much since the ’90s but is still grounded in acoustic elements. In this blog, I will walk through a more synthetic style of D&B – liquid D&B. For a more detailed walk-through of sample design, check out Stephane’s blog called Drum and Bass Elements.

This is what my liquid D&B groove sounds like…

Bring the tempo up to 178 BPM. Drum and Bass music is typically around this speed.

Create an instance of Battery for your kick drum. When browsing for a sample to use, look for something punchy – not much sub. The bass will occupy the sub frequencies. You may need to tune it down a little bit. Kick drums in this style typically have fundamentals around 50 Hz.

Add a tambourine or a shaker sample to this instance. Layer it with the kick by assigning it to the same MIDI note (C1 in my case). This adds a little natural rattling to the kick that is evident in most modern D&B tunes. You may need to shorten it a bit.

The rhythm for kicks is pretty standard – 1 and the “and” of 3. Punch in this rhythm for your kick. 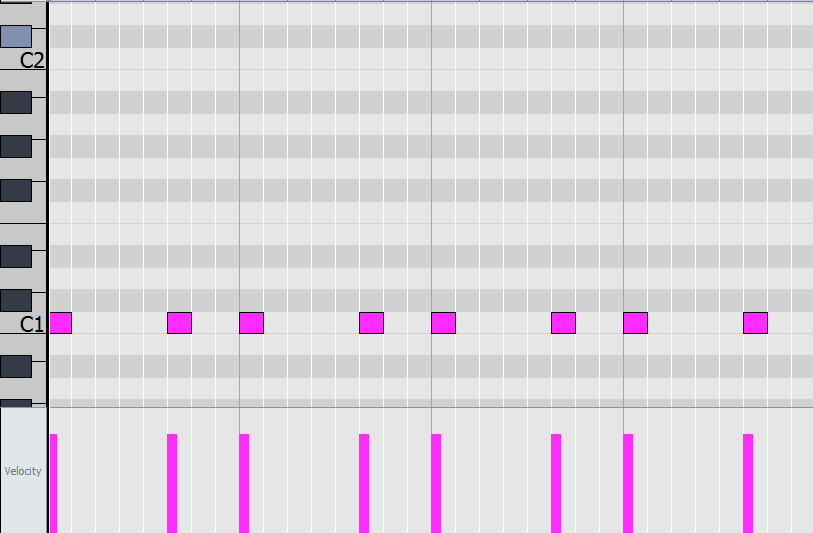 Create a new instance of Battery for your snares. For the main snare (on 2 and 4), layer 2 similar snares. Filter them so that one occupies the lower frequencies and the other occupies the higher frequencies. Make the cutoff exact – no overlapping content. Now, copy the higher frequency snare into two empty cells and turn those down quite a bit. Use the volume envelope to shorten the decay of them. These will be your “fill” snares for the amen break (See Blog: Drum and Bass Elements). Bring up the reverb send for all of these a bit. They should sound like they’re in a room together. Consider slightly panning and pitch shifting them. Also, use some sort of humanizing or randomizing feature to make them sound more organic. 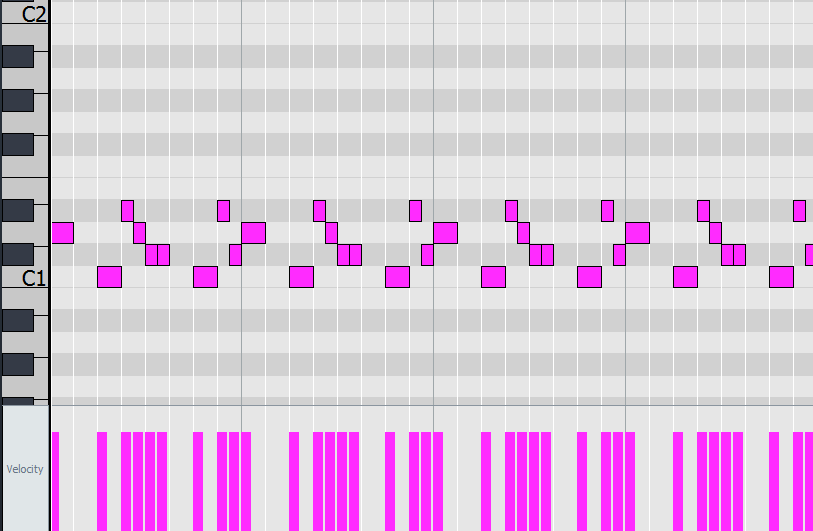 Create a third instance of Battery for your ride cymbals. Pick a sample or two that is metallic and tight but not quite at the bell of the ride. Copy it and paste it twice into two available cells. On the copies, adjust the volume envelope, levels, and pitches slightly so that it sounds like the same ride being hit it but not the same sample. Punch in an eighth note rhythm. Then, add some variation by moving and dropping out some notes. On the insert chain, drop a stereo widening plugin and spread the output as wide as you can. 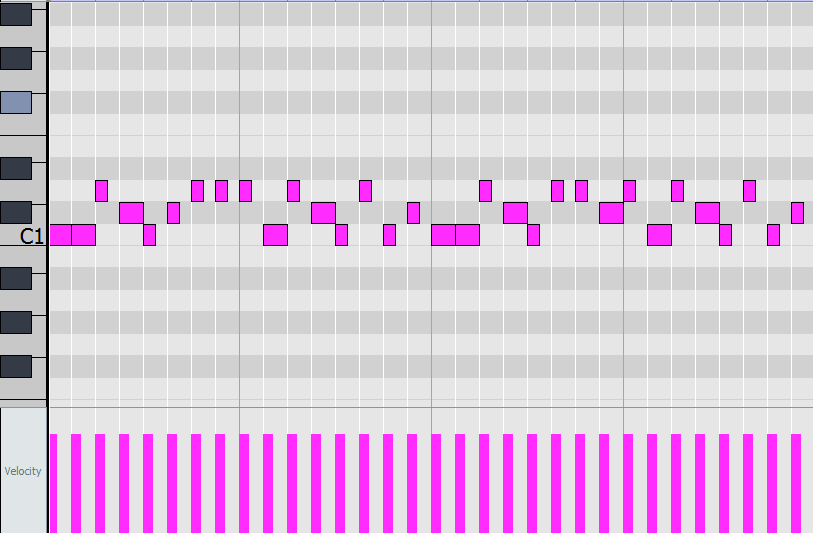 Now that the elements of the kit are composed, put them in a group using the “create group” button in SoundBridge and do some group processing. Drop an EQ on the insert chain and sweep a few resonant filters around. Listen for the harmonics of the kick and the snare and boost these a little. Bring down a band around 4 kHz to reduce harshness. I usually bring up the high shelf a little to emphasize the cymbals too at around 10 kHz. Then, drop a compressor after the EQ. This will essentially act as a soft limiter (low threshold, ratio of about 2.1).

This is what my kit sounds like after processing….

Sub bass is fundamental in drum and bass music. I created mine in FM8 from its initial patch. The design is relatively simple. It consists of 2 sine wave oscillators and one short tristate operator modulating one of them. The depth is pretty low, but modulated by an LFO subtly. This operator is not as hot in the mix as the other simple sine. I kept the ratio at 1, but detuned the carriers slightly to induce some beating. Then, I also added some detuning in the master unison section of FM8 and panned the voices about halfway. Furthermore, I lengthened the attack and release times a little too. 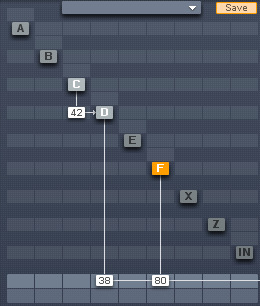 As for processing, I used a limiter to prevent clipping followed by another compressor for side-chain. I selected the output of the kicks to key compression. Keep the ratio very soft but bring the threshold down to about -30 dB. This way, most of the sound ducks for the kicks but it does not get totally squashed.

Here is what my sub sounds like with the drum kit…

For the lead, I used a preset in FM8 called Flageolet. Feel free to make your own lead sound, but make sure it has that characteristic brassy timbre. I automated the cutoff frequency of the filter to spice it up a bit. Then, I added a delay (synced to quarter notes) and automated the feedback percentage so that the delay lines fill the gaps between melodic phrases.

This is what my lead sounds like with the other instruments….

Create another instance of FM8 for a drone sound. Draw a block in the sequencer for it with one long diatonic note that lasts the duration of the groove. I chose to use the 5th of the scale in my song (See Blog: Scales, Intervals).

I used a TX 7 waveform modulated at an amount of 10 by a sine wave. Then, I modulated that depth with an LFO in the mod section pretty deeply at an eighth note rate. This created that pulsating harmonic content you hear in the example below. I also automated the level of that modulating operator over a few bars to build intensity. Then, I placed a stereo imager on the chain and widened the sound a bit. Finally, I added some resonant EQ and reverb.

This is what my drone sounds like with the other instruments…

The bells serve a similar purpose as the drone – background ambiance. I chose to use a preset in FM8 called Arcadia, but you can design your own if you have the time. As for notes, try playing steady eighth notes or an eighth note trill on the 6th and 5th scale degrees. It should fill any gaps that the other instruments left, but should not stand out. I used a noise gate to cut out some of the extraneous noise so that it doesn’t interfere with the other drone. Finally, I automated the pan dial on the mixer channel to sweep around the image.

The only processing I did on the master was a simple limiter – just to prevent clipping. Keep in mind – if you are clipping a lot without the limiter, try to counteract it by adjusting the mix instead of using compression.

This is what my final liquid D&B groove sounds like….