In the last week’s tutorial, I was talking about Replika XT by Native Instruments. Since this is a rather complex piece of audio software, I felt like it deserves a sequel. This is because it offers so many possibilities regarding sound manipulation. Five deeply modeled delay modes span crisp digital repeats, analog warmth, and experimental textures. Additionally, advanced options offer fast ways to open up your mix with pinpoint creative control.

Furthermore, it also offers an elegant interface coupled with new possibilities. From single instruments to entire mixes, Replika XT will add a new character to your music. So without further delay let us jump straight to examples.

For the next example, I have chosen the El. Piano chord sequence. It sounds lush, and consequently, I think its a perfect kind of example for adding a more pad-like texture to it with the help of Replika XT.

But before the processing let us hear how it sounds clean.

With the same steps mentioned in the last tutorial, I will add a Replika XT on the channel of El. Piano. This time I will start with the diffusion delay style. The delay time will be set to ⅛ with long feedback and finally processed with the pitch shifter effect. The pitch shifter`s wet signal will be automated at the end of the sequence.

What’s more, one of the cool features of the Replika XT is the “Ducking” option which can be found in the center of the interface. It really functions as a compressor. Therefore, it is handy if you want to preserve some clearance of the original signal and add delay effect just on the parts where the transients of the original signals are less expressed. 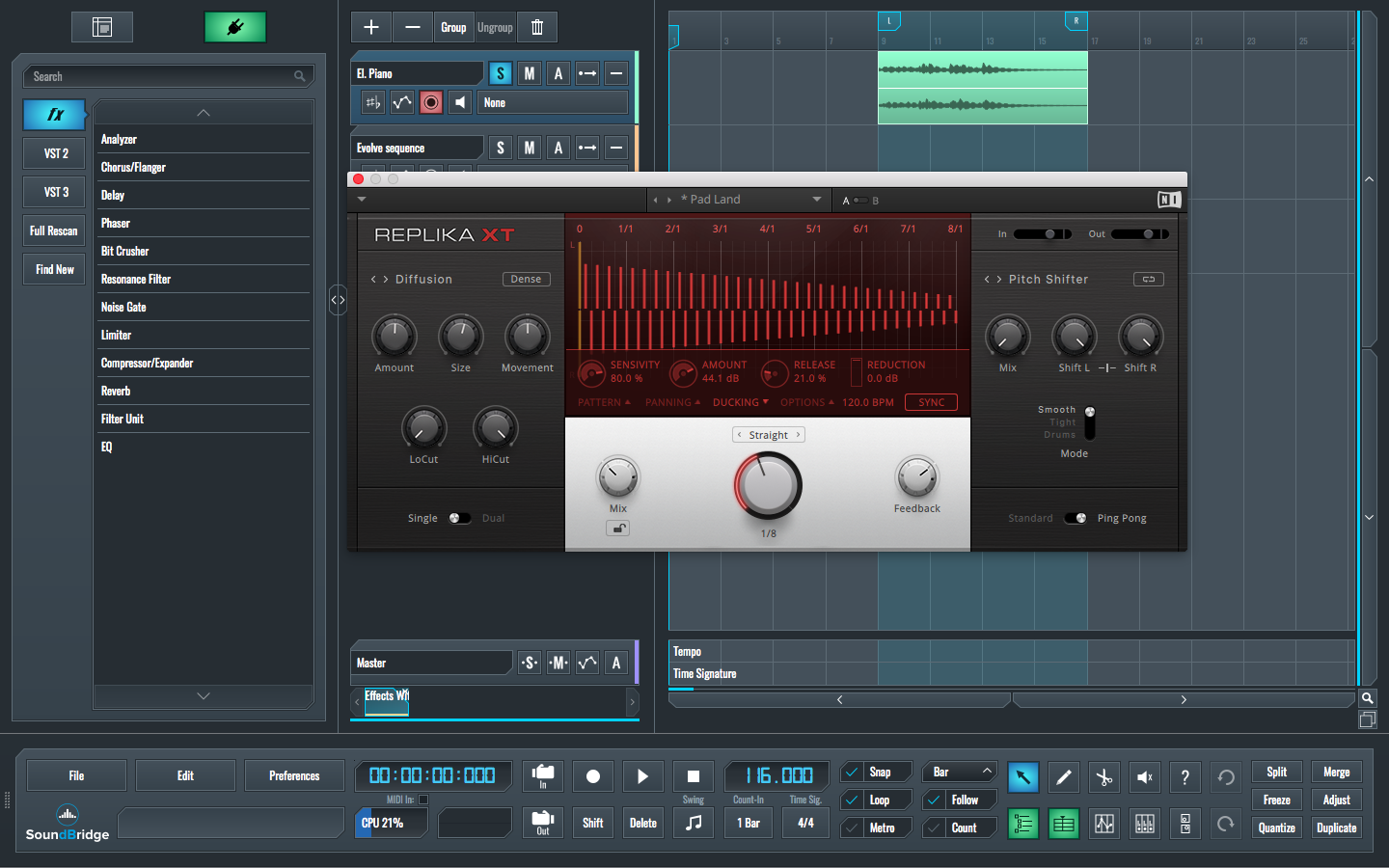 As you can see from the picture above, there are many parameters you can control. Sensitivity, amount, release time and the reduction meter which shows how much ducking effect is present in decibels. Now let us hear the El. Piano sequence processed like this.

The next thing I wanted to show you is how to add a reflection to the rhythm with Replika XT. Its powerful engine features even shuffle option for the delay. This is not so common with other delay effects. Lets first hear how the drum loop sounds unprocessed. 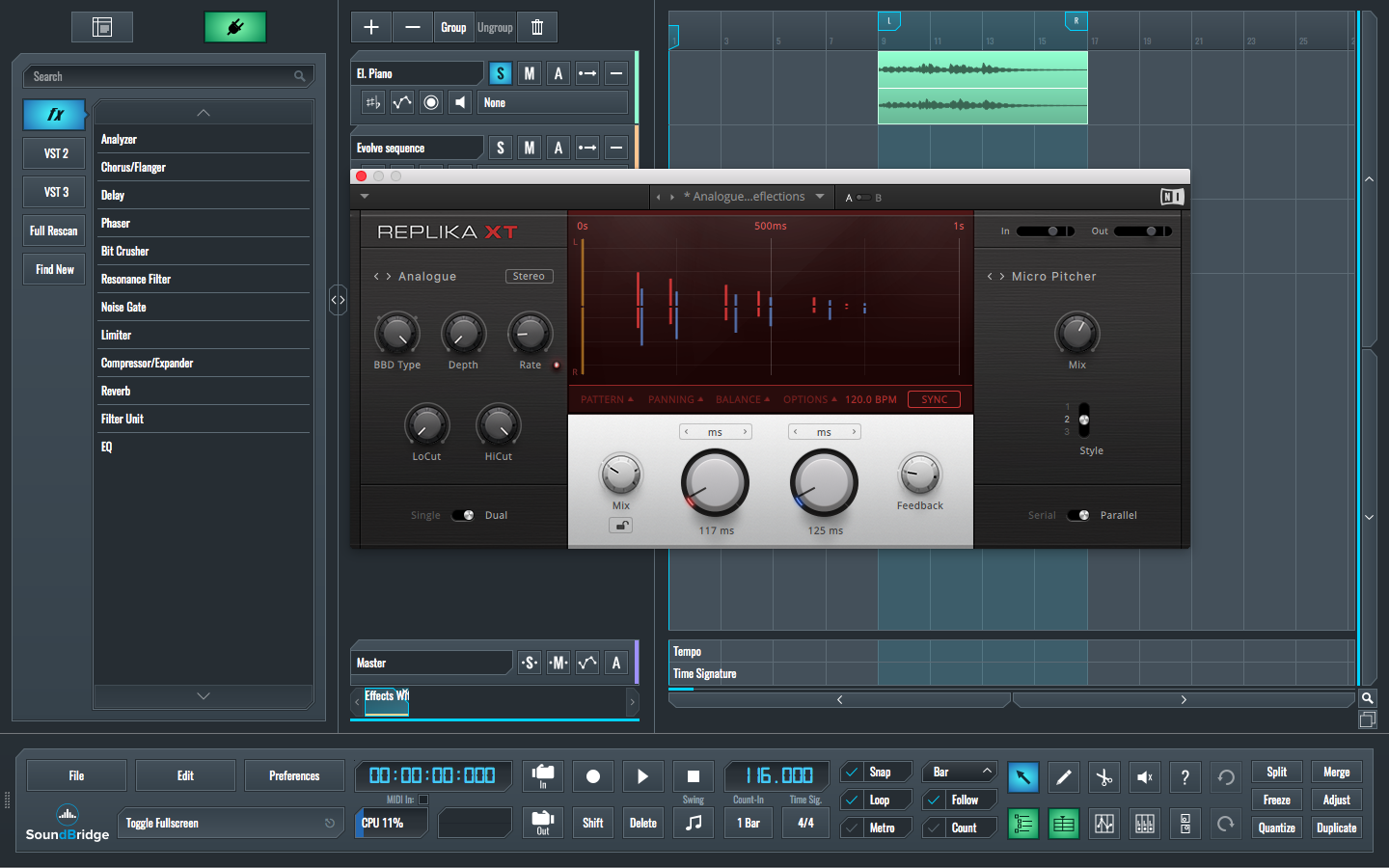 As you can see from the picture above, I have started with the analog style of the delay. This was followed by an unsynced delay time, set to desired milliseconds. The shuffle, as mentioned above is increased in order to give a sense of the backing rhythm. After this, I have topped everything with the Micro Pitcher effect since I wanted to add more stereo feeling to the final processed sound. Let us hear how it sounds like this.

8 Effective Ways To Use Our Freeze Tool