The kick drum is an essential component of every EDM track. If you’re a producer seeking to toughen up your sound, it’s critical that you have a solid grasp of how to produce a well-balanced kick drum. Take as long as you can to look for samples. By all means, do not compromise for a sound that isn’t the ideal fit for your song, even though you might be tempted to. In this article, I’ll show you how to make your kick drum punchier using RitMix.

As usual, we prepared a short sequence in SoundBridge. It includes most elements of a full mix, including the kick drum we made. Let us listen to the kick drum in the context of the full mix and then solo. 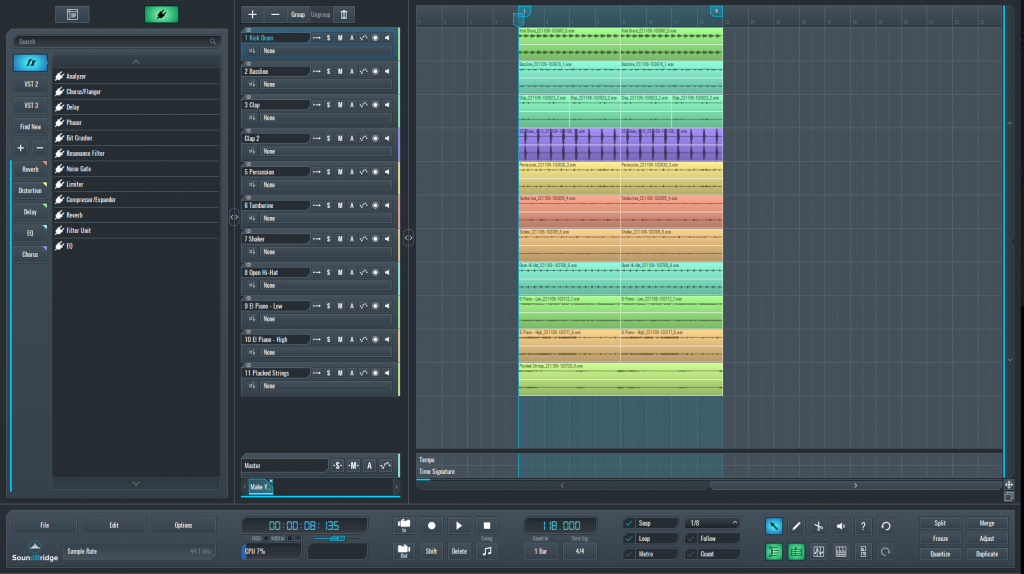 Adding Another Layer onto the Kick Drum

The kick drum has a certain impact, as I have shown above, but it is an acoustic kick drum (which is quite soft), so it could sound better in the overall mix if we made it a bit punchier by adding a new layer. I’m going to use RitMix to achieve this.

Firstly, let’s add RitMix to a new MIDI channel. Then I clicked the Initialize kit button in the upper menu of the RitMix interface, and afterward, I got 16 clean slots.

On the first pad, I will load a new kick drum that I am going to use as a layer to be mixed with the existing kick drum we had before. I created a basic kick drum pattern in the MIDI editor of the newly created RitMix channel. Let us hear how it sounds before any processing. 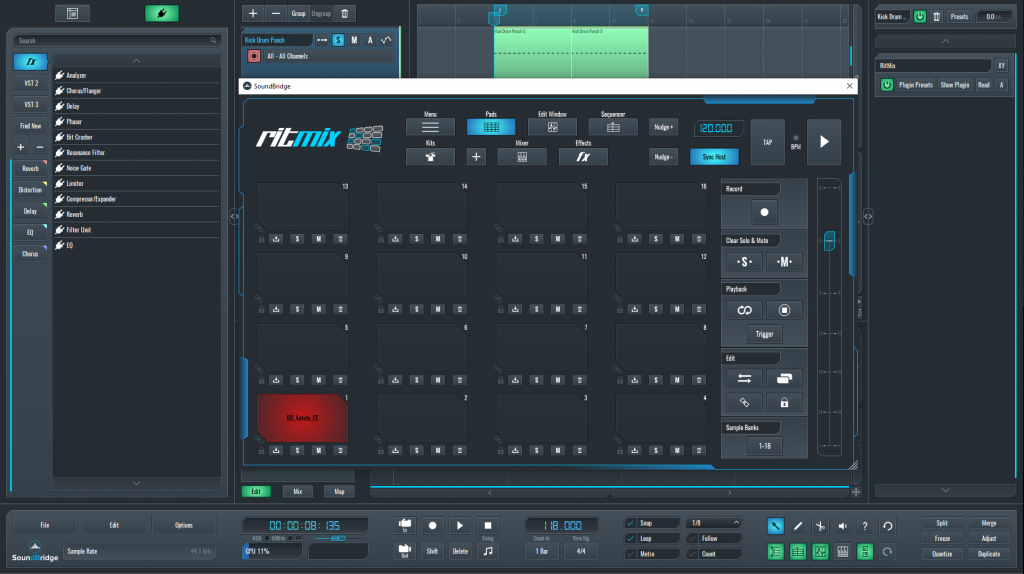 Since I will use this kick drum sample as a layer, I will only need the initial attack. Layering an attack like this can undeniably make your kick drum punchier, and we can achieve this using Ritmix. Let’s open RitMix’s Edit window for the new kick drum sample slot to begin processing it.

The first thing I’m going to do is shorten the decay and sustain in the amplitude section. Let us hear how it sounds. 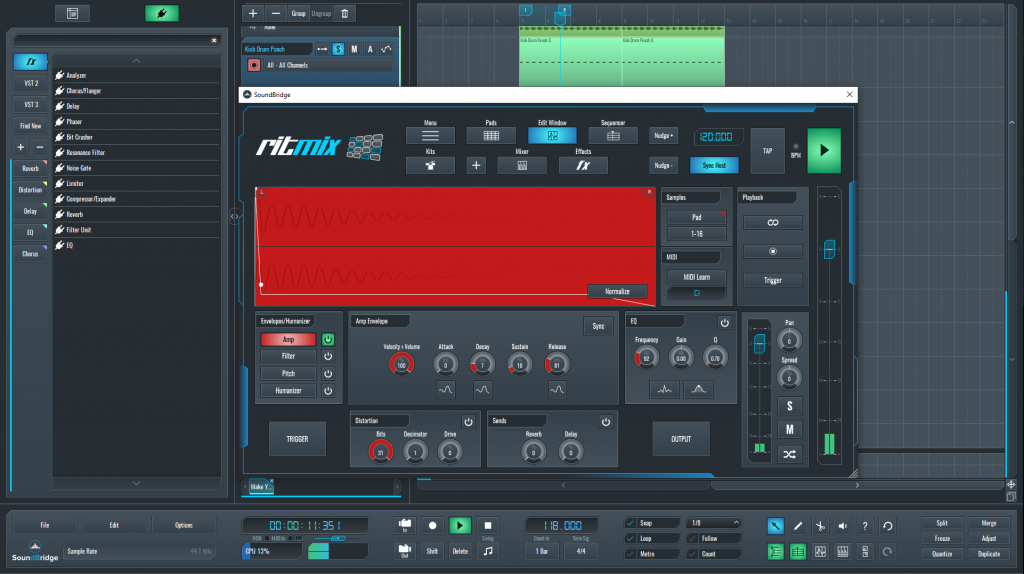 Since we are satisfied with the new kick drum layer’s length, we can move to the pitch section. Listening to the original kick drum and possibly the rhythm of the entire track is crucial at this point. This will make it easier for you to adjust the 2nd layer’s pitch. In the pitch envelope section, you will notice that I have set the envelope amount and shortened the decay and release values. Let us hear the difference from the previous audio example. 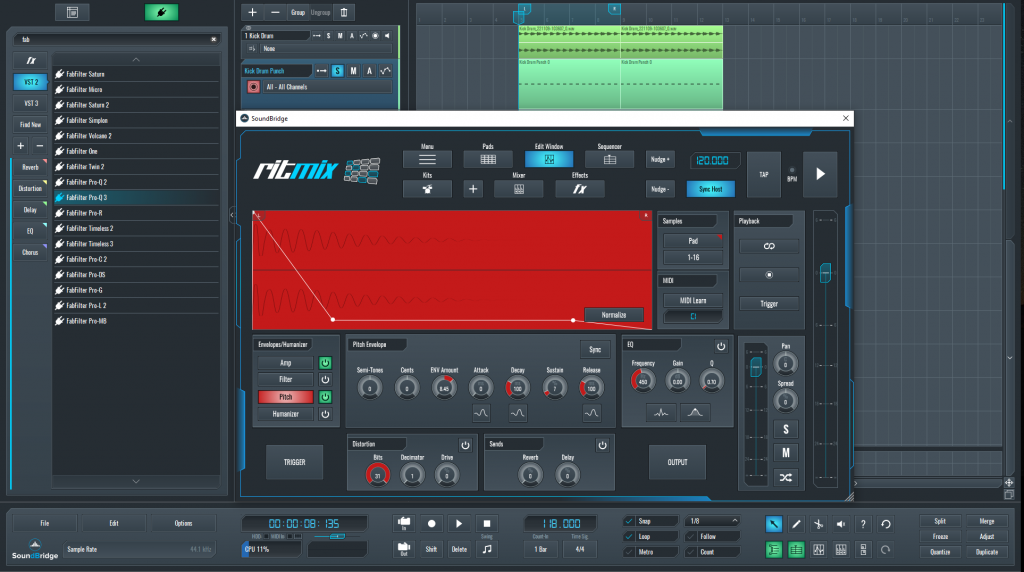 This next step is entirely optional, but if you are still unsatisfied with the sound of the second layer, you can further process it with RitMix’s built-in equalizer. I believe that our newly created second layer contains an excessive amount of high frequencies, so I will use the equalizer to apply a low-shelf curve to make the high frequencies less prominent. 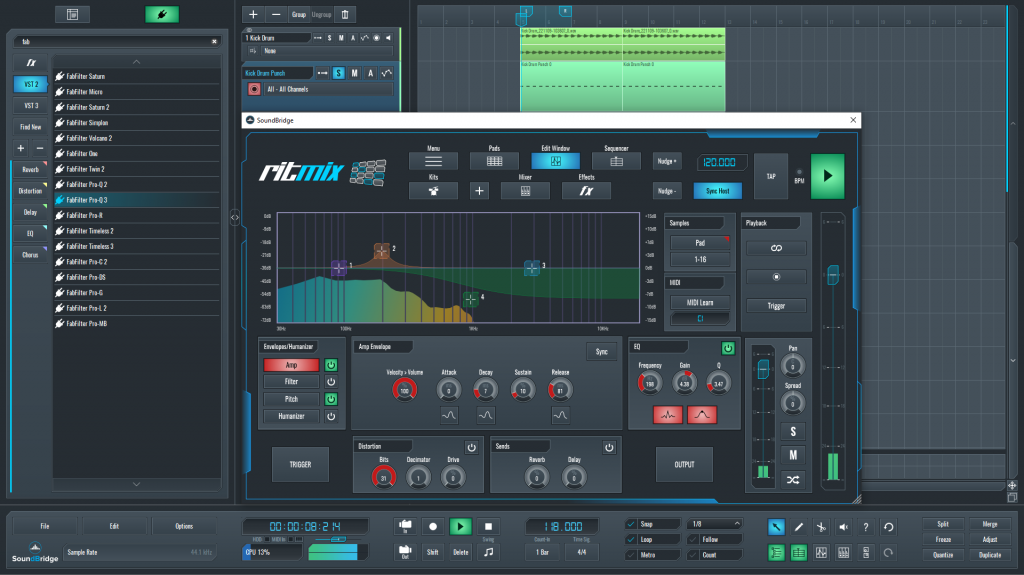 Finally, let us hear how our full mix sounds with the added and processed 2nd kick drum layer.

If you liked this article on sound design, here are other related articles: