The piano has always been an important part of music. This expressive instrument has found its place from Beethoven and Mozart’s compositions all the way to modern Pop and House music anthems. Since it’s a type of instrument that delivers a very wide and rich sound, it’s important to place it on the right spot in the mix. Generally speaking, many of the modern software-based instruments and emulations, including those of the piano, can lack that certain richness that the live instrument possesses. However, there are some techniques and tricks which can make our piano chord progressions sound more thick and powerful. In the next tutorial, we will present to you one such technique.

We will start by listening to a previously made sequence in our SoundBridge: DAW. This sequence contains a piano chord progression which right now, might sound a bit “poor”. Here it is soloed and then in context with the rest of the mix. 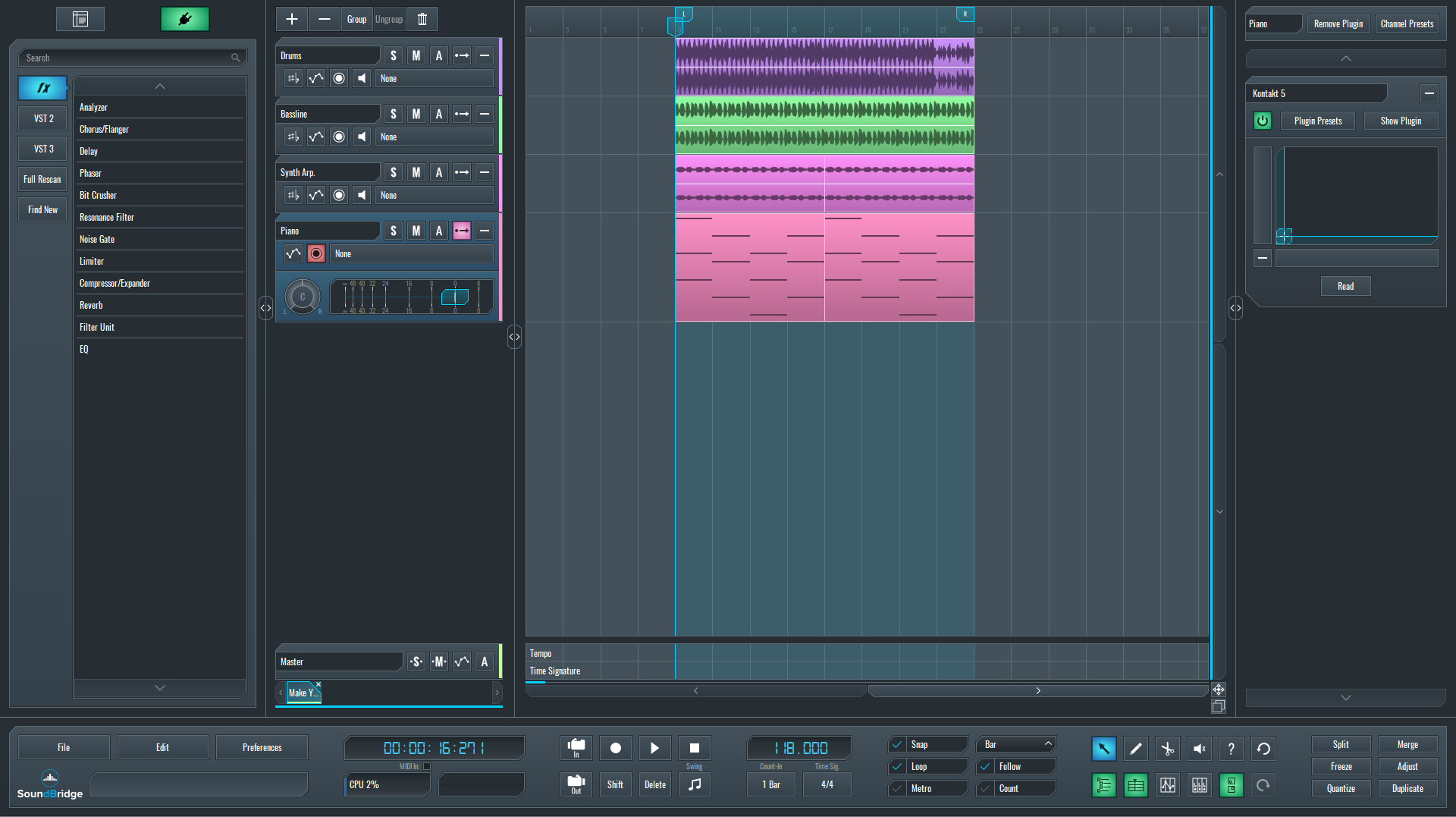 In order to enrich our piano chord progression and make it sound more powerful, we will first layer it one octave below. This can be done by entering the MIDI editor in the piano channel and selecting all the notes. As you can see in the picture below, when the notes are selected they will turn blue.

Next, on the left part of the MIDI editor functions, pay attention to the Note icon. We can automatically lower our piano chord progression one octave by pressing on the down arrow next to the note key. Let’s hear how it sounds now. 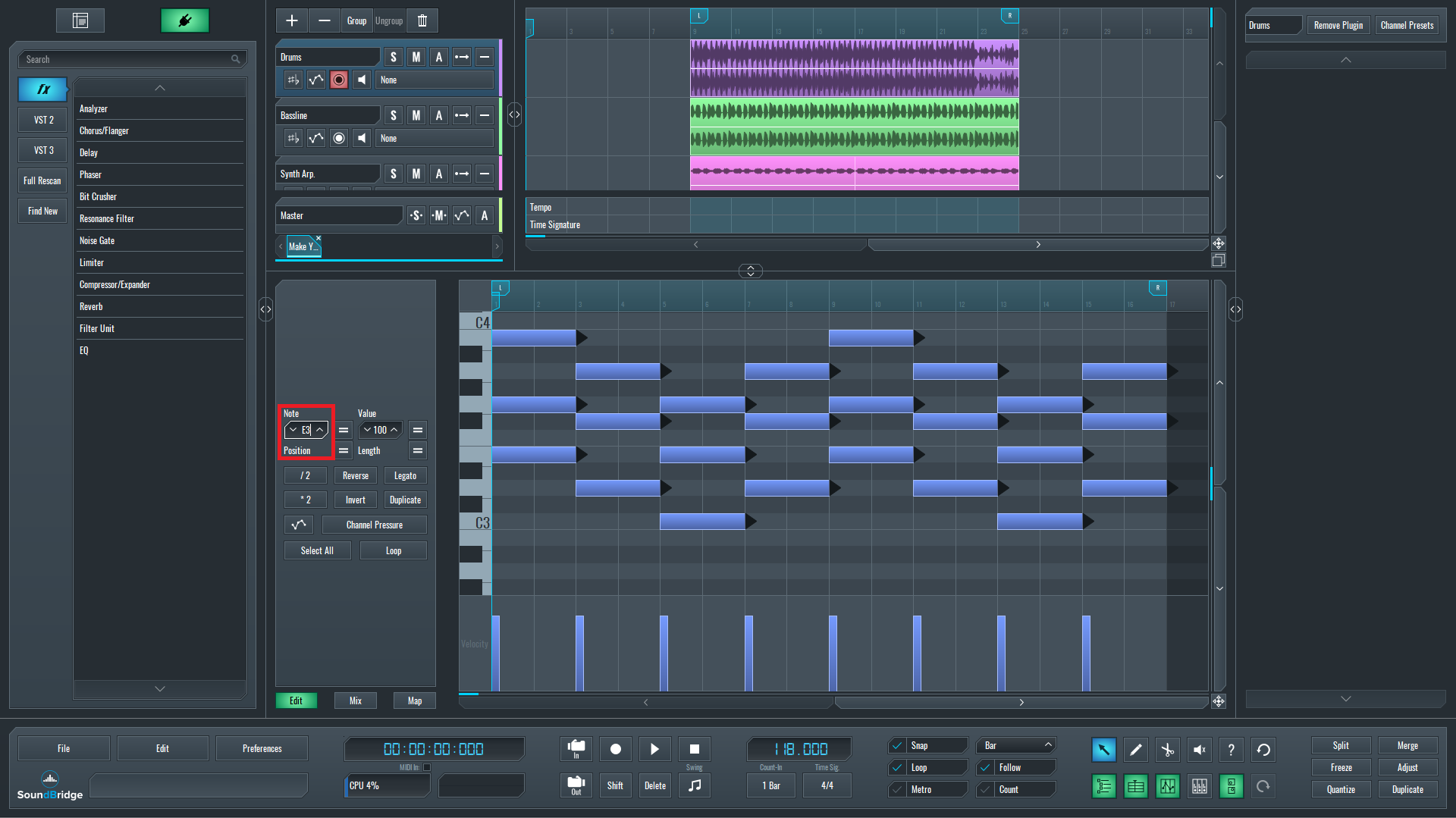 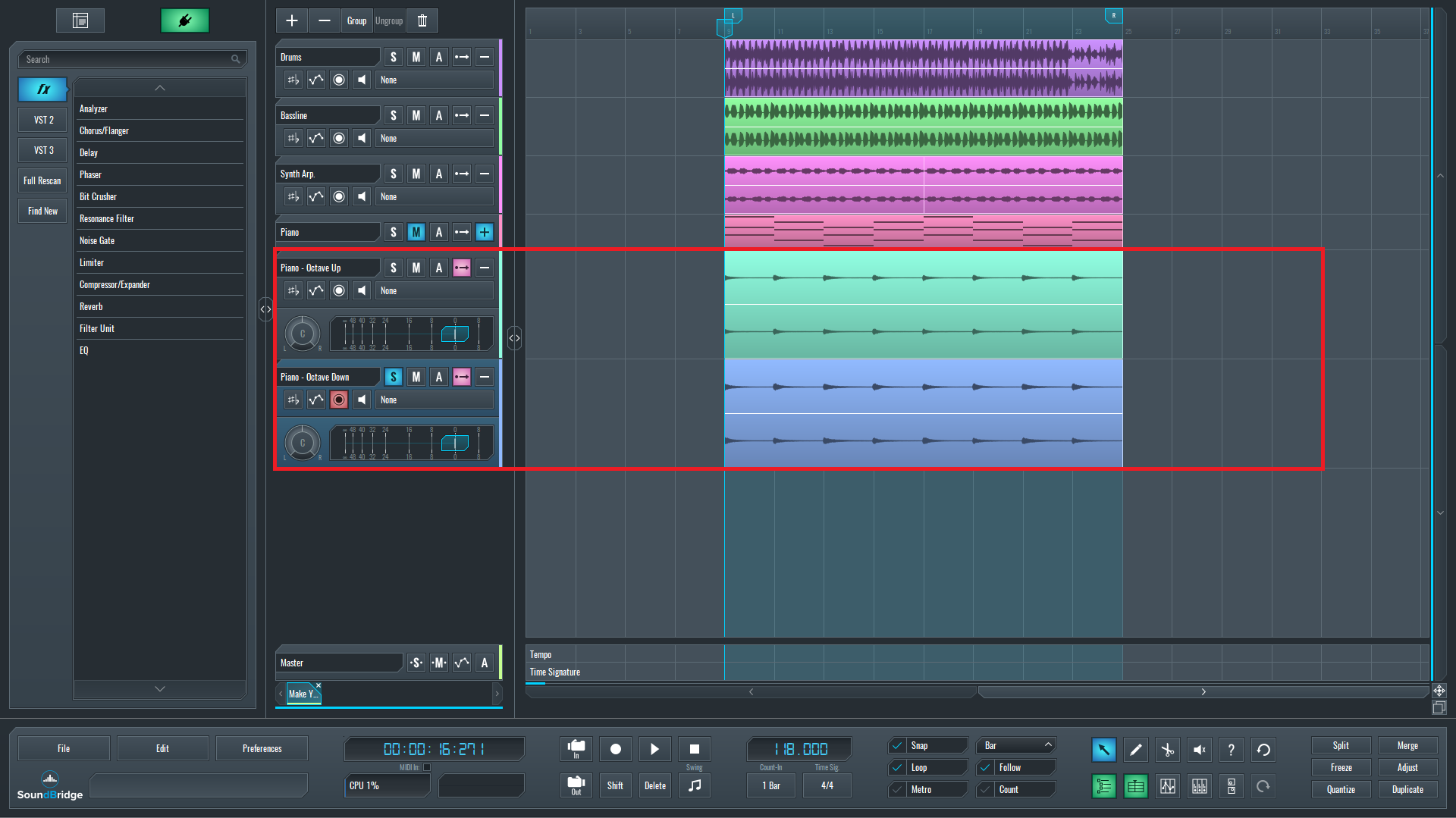 Next, we will select both piano audio channels and make a group track for them. This will make further processing easier. It’s also necessary to blend them well. In this case, we will pull the volume of the low piano down and dial its panning position slightly to the right. The upper piano will be panned to the left. Here’s how it sounds now.

Now it’s time to apply further processing to our piano group track. First, we will use an equalizer in order to get rid of some unwanted low-end frequencies and emphasize others. Reverb and delay will also enrich our chord progression and achieve a wider stereo spread. Let’s hear it.

The final process would be to add some compression. By using a compressor we will tame the dynamics of the piano. Experiment with different attack and release times.