Big Room House is a sub-genre of Electro-House that established itself in 2010. It grew out of a craving for huge drops when the festival scene really started booming. What makes it Big Room? Obviously it sounds like a big room; but, technically speaking, it’s the use of powerful detuned leads and deep sub-bass kicks. Unlike other genres of House, Big Room always features a boomy sub that follows the kick drum instead of the lead. Also, the melodies are almost always minor and the number of elements is usually minimal on the drop. In this article, I’ll go over how to make the two most important elements in Big Room: The Kick and the Lead.

The kick comprises two layers: a bass layer and a transient layer. I’ll start off by showing you how to make the bass layer in Native Instruments’ Massive.

To begin, open up a fresh instance of Massive, set oscillator 1 to Groan II and assign envelopes to control the parameters as shown. On the wavetable position and amp, they will give the kick the right texture. The envelopes controlling pitch give the bass a percussive pitched attack. Make sure the pitch of the oscillator is set to +48.

Now it’s time to actually work the envelopes. In envelope 1, set the attack and attack level to 0 and the decay between 8 and 9 o’clock.

Envelope 3 is the same but with more decay than 1 Env. These envelopes will give the bass the impact it needs to sound like a kick.

Next, in the amp envelope, decrease the sustain level ever so slightly and set the attack to 0.

Lastly, in envelope 2, click on “select a preset” and choose “rotor”. Then increase the decay to about 11 o’clock. Since this envelope is assigned to the amp of oscillator 1, it will act as the primary amp envelope for the kick.

In the filter section, set Filter 1 to a 4-pole low-pass. Make sure that it is set to serial and set the cutoff between 1 and 2 o’clock. 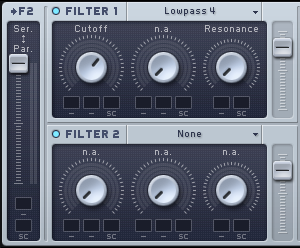 Then for the FX, add a classic tube with the dry/wet at 9 o’clock and the drive at 10 o’clock.

Now the kick sounds like a kick but it’s time to thicken it up. Add some feedback, sine shaping and clip to give it some more weight.

The bass layer is sounding nice and deep but it doesn’t have the initial impact that we’d expect from a kick. To correct this, I’m going to add a transient layer in Battery 4.

The sample I’ve chosen for this transient is the first bass drum from Vengeance’s Electroshock 2 pack but any sample with a little click at the start should do the trick. 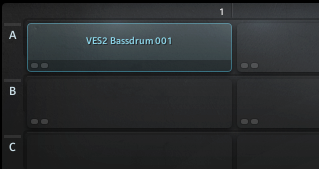 The process consists of two steps. First, turn on the volume envelope and shorten the sound using the Decay and Hold.

Then, in the FX section, add a 4-pole HighPass filter and set the cutoff between 10 and 11 o’clock. This’ll eliminate the low frequencies from this transient and prevent it from conflicting with the frequencies in the bass layer we just created. 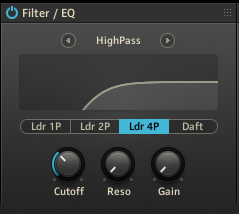 Here’s how our two layers sound together playing a 4/4 kick pattern.

Now that we have our support layer, it’s time to create the lead. Of course, Big Room isn’t limited to one kind of lead, but sounds like the one we’re about to create are commonly used in the genre.

In a new instance of Massive, load up two saw waves detuned by the same amount in opposite directions. Then route them to Filter 1 by bringing their filter mix faders to the top. 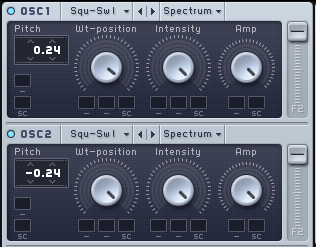 The lead has a lot of low frequency content that is going to conflict with the kick layer. To clean it up, set Filter 1 to a 4-pole HighPass and assign Macro 2 to it. This lead might also be featured in the intro of a track where it doesn’t need to be cut out; so, it’s nice to have flexibility over the position of the cutoff. I find my work is more organized when I keep all the modulated parameters in the Macro section. Turn the Ser-Par slider all the way up and make sure it’s set to serial. 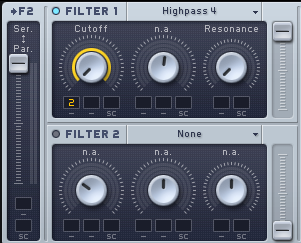 In the amp envelope (4 Env), increase the attack and decrease the sustain. This will make the lead a semi-plucked articulation on every note.

It’s Big Room, so it’s time to add some voices. In the Voicing section, set the Unison to 16 and enable Pitch Cutoff and Pan Position. Sliding the pitch cutoff to the right ever-so-slightly will create detuning amongst the voices, an effect characteristic to this type of lead. As for the Pan Position, it’ll give the sound some width by spreading the voices across the stereo image.

In the FX section, add some reverb, dimension expansion and EQ. Increase the dry/wet knob on the reverb ever-so-slightly and set the size just past 12 o’clock. The Macro section of the synth will control the wetness of the sound.

The dry/wet and size of the Dimension Expander should be set to around 9 o’clock and 12 o’clock, respectively. This effect will add a short decay after the sound, providing a much larger sense space.

Finally, use the EQ to boost the high frequencies of the sound and strengthen that “white noisey” top layer.

That’s it for our lead!

Here’s a melody I’ve played with the patch to show the two elements in context. It’s in the key of F minor and hangs around root note, F. But it also uses a characteristic tone from the F Phrygian scale, F#, without actually changing harmonically.

Here are the two elements playing together.