Modulation will provide a sense of motion, dimension, and depth to your sound. Modulators (sometimes called “control signals”) allow you to control how, and at what rate, the sound changes over time. Besides, they can even introduce new spectral content to the sound (see blog: Intro to FM synthesis). Below is an example of one type of modulation called “amplitude modulation”.

Modulation effects process an input signal dynamically over time. Of course, today we have a multitude of modulation effects. Basic modulation effects, in essence, operate on the principle of copying an incoming signal and modulating that copy as it is mixed with the unaffected signal. This induces “phase shifts”, which create an effect on the overall sound. 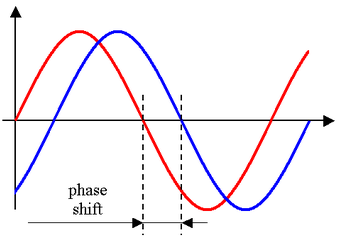 LFOs (low-frequency oscillators) in modulation effects are quite similar to LFOs in synthesizers. However, they produce frequencies that are too low to hear. For this reason, they are used to modify other signals periodically.

Rate (sometimes called “frequency” or “speed”) – determines how frequently the oscillator will cycle the selected waveform.

Depth (sometimes called “modulation index” or “intensity”) – determines how much the modulator will affect the destination.

Waveshape – determines the contour of change. Here are the most basic waveshapes.

Dry/Wet –  determines the ratio of modulated signal (wet) to the original signal (dry). Usually a percentage.

Feedback – determines how many times the output will be multiplied and “fed back” into the input. Usually a percentage or integer values.

The “chorusing” effect adds a certain rich, thick movement to the sound and can change the overall feeling significantly. Chorus mixes a slightly delayed and modulated copy with the original signal. Delay times for chorusing are between 5-20ms.

“Mono Chorus” – works with a mono input or sums stereo inputs to mono before running them through the modulated delay.

“Stereo Chorus”  – effects both the left and right stereo inputs separately and outputs the two channels individually. Two channels can share the same LFO; however, this will often induce phase shifts up to 180 degrees, which means, while the left channel cycles up the right channel cycles down, which causes periodic cancellations and amplification. This may be a desirable effect, especially if you want to emulate a wider stereo image.

“Multi – Voice Chorus” –  uses several delays to create more complex sounds with even wider stereo images. Some of these devices allow each delayed signal to be modulated independently by separate LFOs. This provides a lot of control but increases CPU.

“Complex & Multi-band Chorus” – A more modern chorus. These units can produce some unique and interesting textures. Unlike the chorus effects mentioned above, these devices are somewhat advanced.  They feature the ability to divide a sound into separate filtered “bands” and chorus them independently. Some of the most advanced units allow users to chorus up to 6 frequency bands. Keep in mind, if the delay times are too short, phasing occurs. This effect is not always pleasant to the ear.

Flanging is very similar to chorusing but occurs when using a shorter delay time (1-10ms). It is named after an old-school effect that occurs when you gently push down on the “flange” of an analog tape recording. It creates that certain spacey, underwater texture you’ve heard thousands of times. In extreme settings, it can generate exotic robot-like effects.

The parameters are similar to those in a chorus. However, some flangers have additional parameters like……

“Jet” –  determines how intense an additional tremolo effect (amplitude modulation) is on the “flanged” signal.

“Jet phase”  – determines the phase offset of the tremolo generator compared to the modulator that is causing the flanging.

Like choruses and flangers, a phaser splits the signal into two identical copies, modulates one, and mixes them. The main difference is that a phaser does not usually delay the copied signal. Instead, it shifts the phase. The end result is a signal containing periodic cancellations (anti-nodes) and amplifications (nodes) at certain frequencies due to the interactions between the signal that is “in phase” and the signal that is “out-of-phase”. Since phase, time, and frequency are all related mathematically, phasers share some of the same parameters as the other modulation effects we have discussed. However, few parameters are unique to phasers….

Stages or modes –  a parameter in some phaser effects for implementing the delays.

PRACTICAL USE AND AUDIO EXAMPLES

Chorus creates the illusion of two or more people playing together. In short, the best way to demonstrate it is on a solo instrument. Check out this short guitar phrase before and after chorusing. Notice the feeling the effect evokes. To make it a bit more interesting I modulated the delay, bandwidth, and dry/wet parameters.

Flanger, unlike chorus & phaser, creates a pretty dramatic effect. If you were to look at the spectral characteristics of a flanged output signal, you’d see peaks that shift around because of the LFO. So, let’s listen to how it sounds on plucked synth, accompanied by distortion and some reverb.

Plucked Synth with Flanger and Distortion:

Phaser is commonly used on a wide array of sources including acoustic guitar, piano, synth pads, etc…. Consequently, it creates a resonant, other-worldly, swirling effect. For this example, I will use it on a short Rhodes type of sound.