What are multi-effect processors?

Rather than using several individual signal processor “boxes”, many signal processing devices are designed so they can perform more than one function. This means that a single black box can create more digital effects. For example, Eventide, Yamaha, and Lexicon all provide popular signal processing tools for the production studio. These devices provide a variety of different audio effects in one unit. This includes the ability to alter the pitch of an incoming audio signal, time compression and expansion, delay, natural reverb effects, flanging, time reversal and repeat capabilities. Any production person should find it enjoyable to experiment with the variety of creating effects. Multi-effect processors produce these effects.

In addition to offering improved editing capabilities, most workstations or software programs have provisions for adding special effects to the audio signal. Often you can add an effect to the audio by mouse clicking on a preset effect button. Otherwise, you may have to set various parameters to create the signal processing effect that you desire. That can range to be fairly easy to extremely complex. Regardless of this fact, editing software or workstation systems are still, in many cases, simpler to start up and operate than their black box counterparts.

Multi-effect processors also tend to contain building blocks based on signal processors. They include mixers, equalizers, gates, compressors, exciters, speaker simulations, overdrive effects and swept resonance synth-style filters. Mixer modules are included because within the multi-effects unit the signal can be generally routed in many different ways, thru several combinations of effect blocks.

Every time two effects block outputs have to be mixed together, or when a dry signal has to be mixed with the output of an effects block, you’ll need a mixing element. It is usually just necessary to adjust levels as the effect algorithm includes the mixer. However, one or two specialized units give you separate access to mixer elements. This means that you can build your own algorithms.

When the output of one effect block is fed to the input of another there will be no need for a mixer (series connection). However, If you want to combine outputs from two parallel effects blocks, you’ll need a mixer. Individual effects blocks may also incorporate mixing elements. For example, a delay block requires the mixer to balance the dry and delayed sound and to mix the recirculated with the input to create the delay feedback effect.

Simpler multi-effects units may be connecting the individual effect blocks in a series chain. The simplest place the blocks in a preset order. This leaves the user with a choice of which blocks to use. 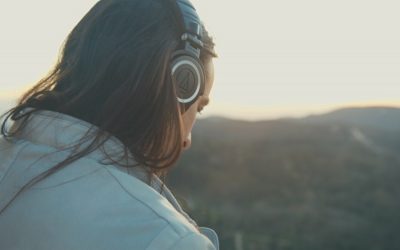