Over the past few decades, many popular songs were recorded in expensive studios with even more expensive equipment. One of these high-end pieces of equipment are definitely analog mixing desks, which are highly praised for the sound they deliver. That warmth and depth which is introduced to any instrument processed through mixing desks like Neve or SSL are clearly distinguishable in comparison to digital mixers or software. That unique sound is largely coming from dynamic, harmonic and frequency response of each individual channel from the mentioned consoles. What’s more, the master busses on analog consoles are also playing a big role in shaping and coloring of the sound.

In recent times, Waves audio presented us with a digital emulation of the aforementioned legendary consoles named NLS Non-Linear Summer. Consequently, this gave us the opportunity to get one step closer to that famous analog sound. They have modeled each left and right channel of the master bus to accurately reproduce the perceived stereo image and the buss amplifier harmonics of each console. The interface is rather simple and it sounds great. Therefore, in the next tutorial, I will show you how to set it up. In addition, I will make a demonstration of how the track sounds with and without it.

In a newly made SoundBridge project, I have already made few channels with drums, bass, and piano. The first thing to do would be to create 3 group tracks within SoundBridge and place instruments separately to each group. After that, I will place an NLS Channel plugin on the drum group track and chose a version of the console that I find best sounding for drums (you can choose between Spike, Mike, and Nevo). Furthermore, I will set the amount of distortion/drive and send the VCA group fader to the first channel. 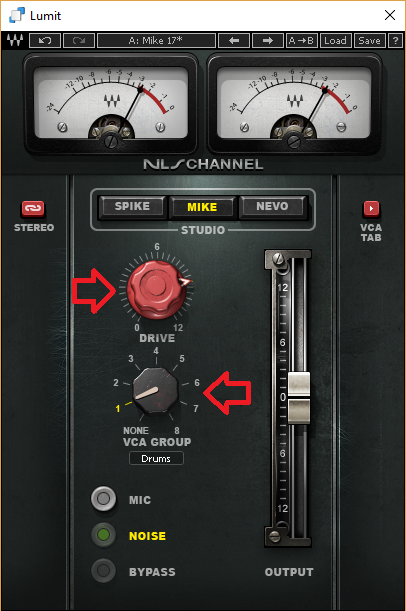 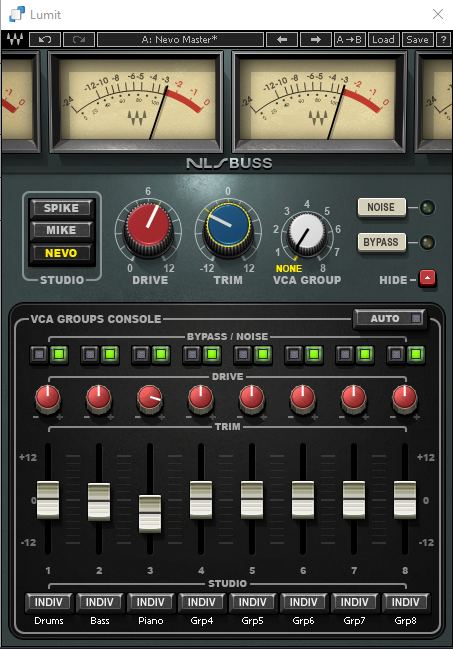 Next, I will repeat the same process for the bass and piano groups with different console selection and different drive amount. Then, I will send the VCA Group of the bass to the second channel and VCA group of the piano to the third channel. It is important to remember that all of this doesn’t mean much if we don’t place a second NLS plugin to the master channel in SoundBrige (named NLS Buss). This is because this particular plugin is actually summing the signals sent over NLS Channels. As you can see in the picture above, the groups can be further mixed with faders. Moreover, there is a drive knob as well if you feel like adding more distortion.

Finally, let’s hear how the drum group and the full mix sound without and with the NLS plugins.

You can clearly hear that instantly everything sounds richer and wider. My advice would be to experiment with settings in order to get the best possible results.