Get Otherworldly Sounds with Pan Drums by Soniccouture

Have you ever wondered what is that type of sound that many meditation and yoga videos all over YouTube have incorporated in the last couple of years? It is called a Hang Drum.

What is a Hang Drum?

The Hang drum is a musical instrument in the idiophone class created by Felix Rohner and Sabina Schärer in Bern, Switzerland. The name of their company is PANArt Hangbau AG. The Hang uses some of the same basic physical principles as a steelpan but modified in such a way as to act as a Helmholtz resonator. The creation of the Hang was the result of many years of research on the steelpan and other instruments. The inventors of the Hang have continued to refine the shape and materials and have produced several variations over the years. Players typically play the Hang resting on their laps. What’s more, they use hands and fingers instead of mallets. This lighter means of playing produces an overtone-rich sound that could be considered softer and warmer than the bright sound of a mallet-based traditional steelpan.

I have recently come across a fateful digital emulation of this otherworldly sounding instrument. The name is Pan Drums by Soniccouture, and it is a soundbank for Kontakt player by Native Instruments. So, in the next tutorial I will use our own SoundBridge: DAW, guide you thru Pan Drums instrument and show you a couple of practical audio examples. 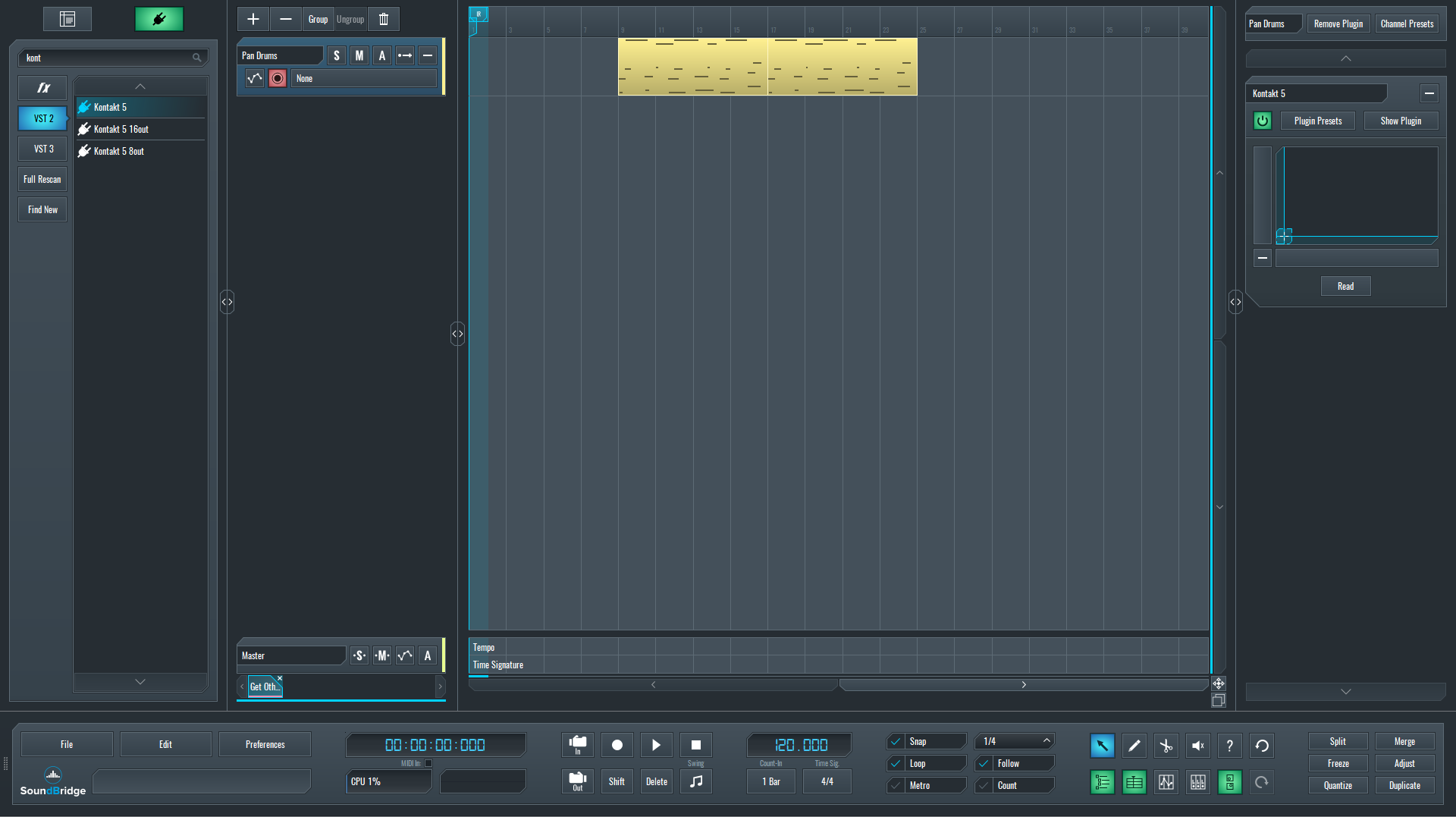 In order this to work you need to load the Pan Drums bank into your Kontakt player. In a few previous blog articles, I showed how to load banks into Kontakt, so I won’t repeat it again. 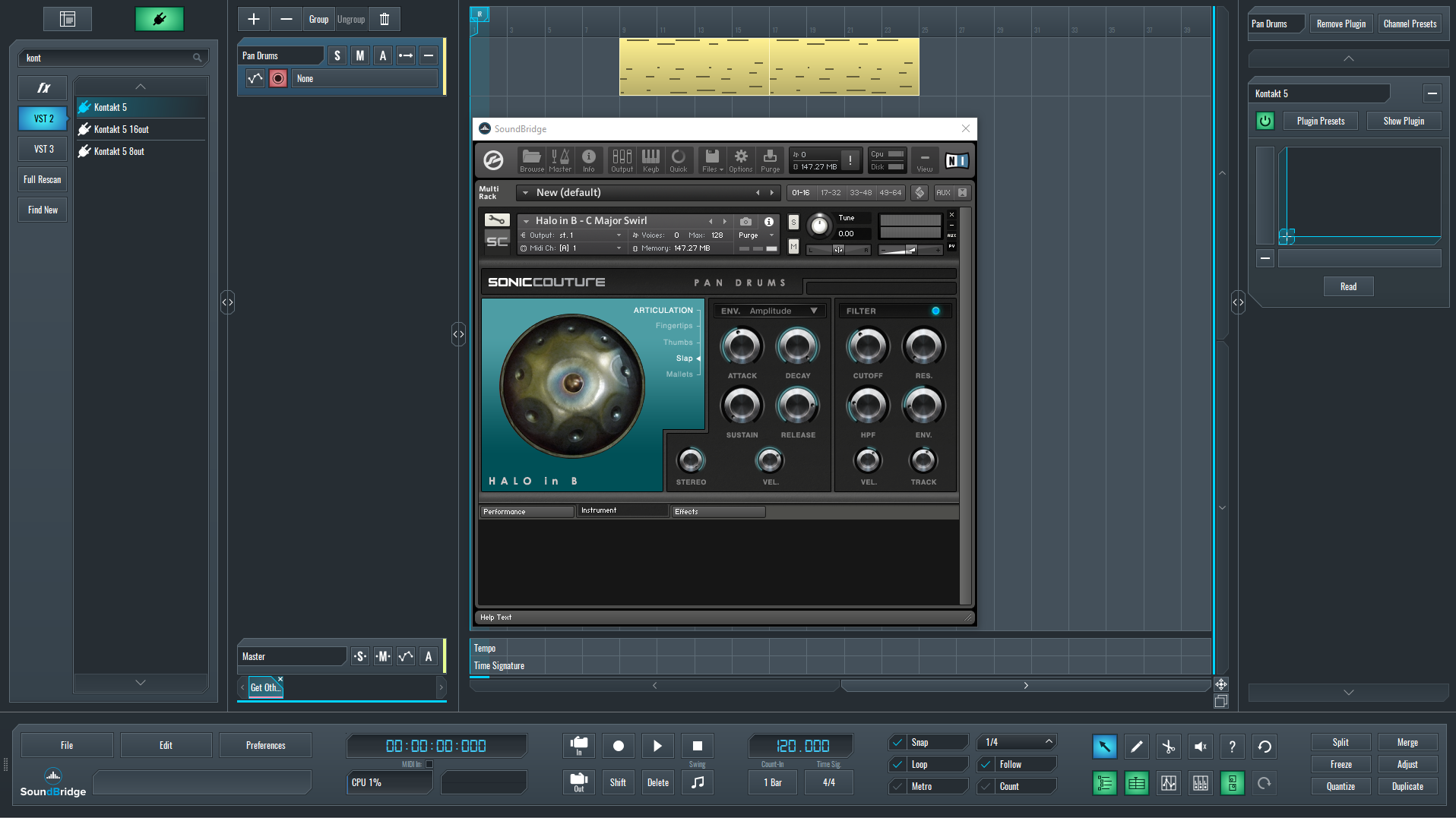 In the interface, we can instantly see a representation of the original Hang Drum. As you move thru presets, you will notice that the picture changes. This is because of the Soniccouture samples three different kinds of Hang Drums. Each one of them possesses different sound characteristics.

The Hang drum can be played by four main ways, and those are by Fingertips, Thumbs, Slap, and Mallets. Their options can be selected in the Articulation three that you can see next to the picture of the Hang Drum type. Furthermore, on the right side of the interface, there are sections for amplitude and Filter. 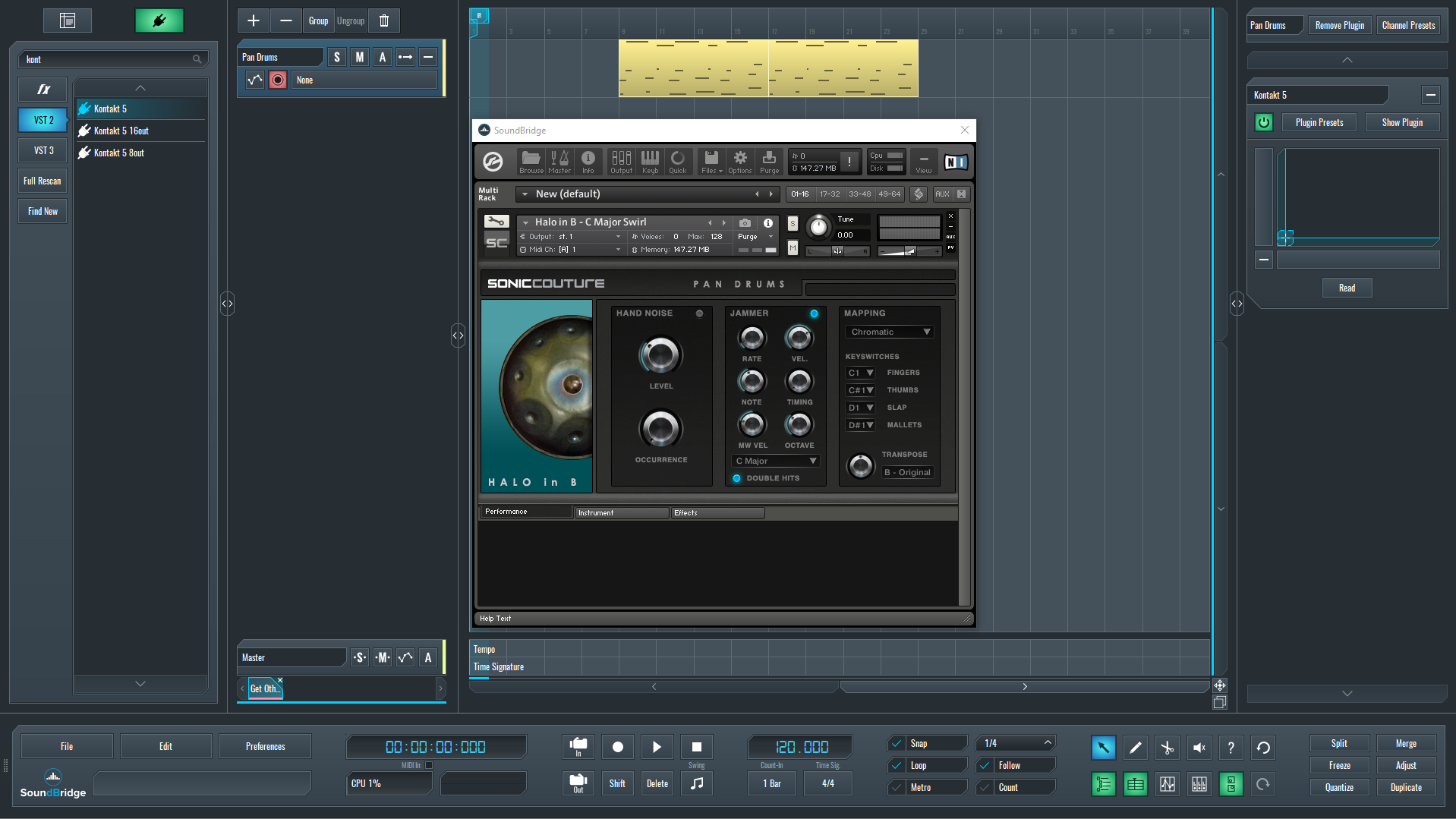 Here we can see the “Hand Noise” tab which you can use to increase or decrease the sound of players hands moving over the instrument. Next, to it, there is a “Jammer” which is basically an arpeggiator. The last section of this part of the interface holds Mapping, Key Switches and Transposing of the instrument, which is also very useful. 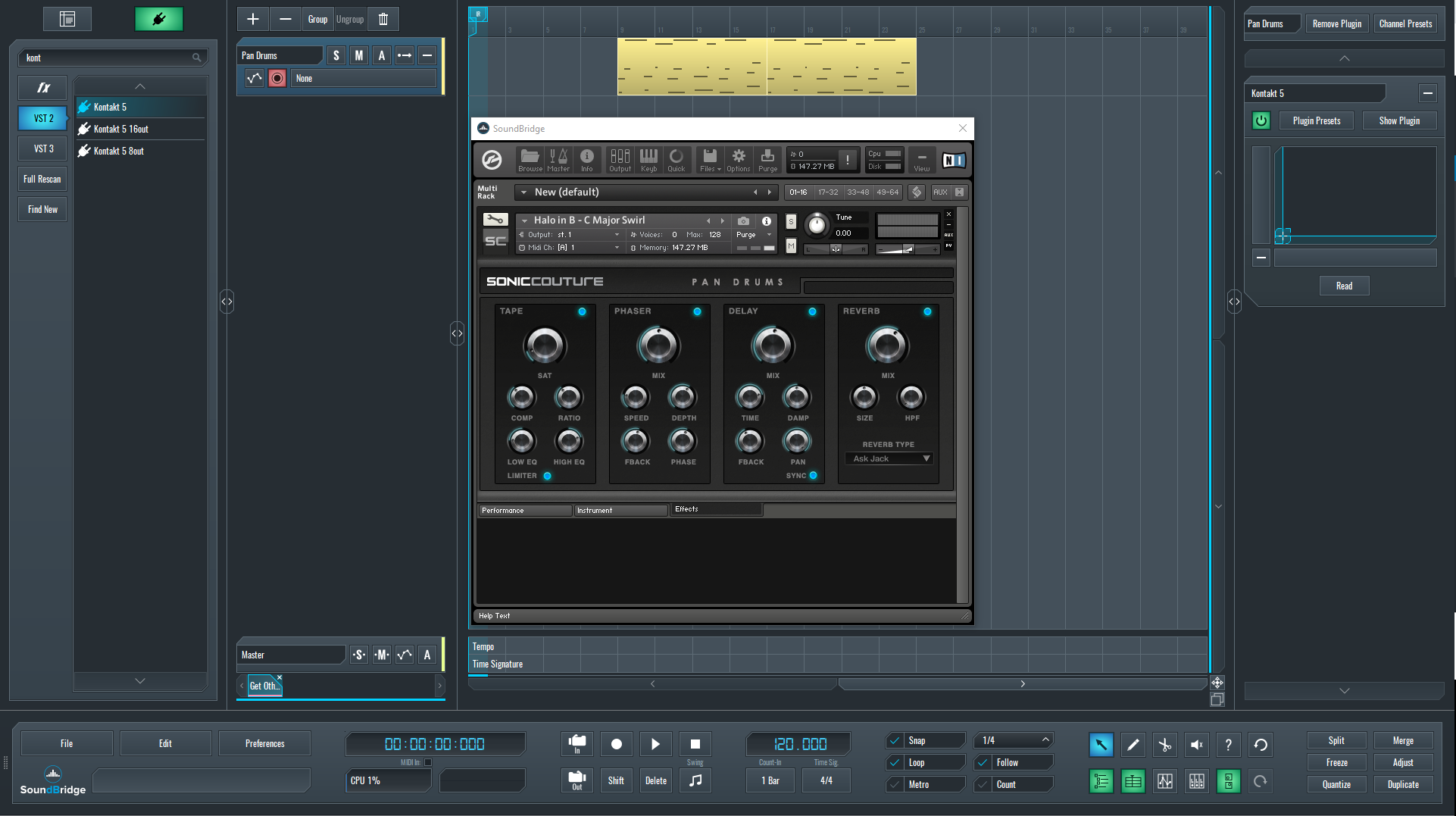 Now let’s hear how it sounds!