Introduce a Psychedelic Twist to Your Instruments

Psychedelic music, also known as Psychedelia, originates from 1960’s rock bands from the U.S.A. and U.K. It created many sub-genres like psychedelic folk, psychedelic rock, acid rock, and psychedelic pop before declining in the early 1980’s. Numerous sub-genres emerged during the decades until combining with electronic music. Audio production advanced so much since the 1960’s, and today, that some really interesting audio effects are enabling us to transform sound in a truly psychedelic way.

As usual, we will start by opening a previously made project in the SoundBridge: DAW. In this project, we have a decent recording of an acoustic guitar, which we think will be suitable as a starting point for our task. Let us hear how it sounds unprocessed. 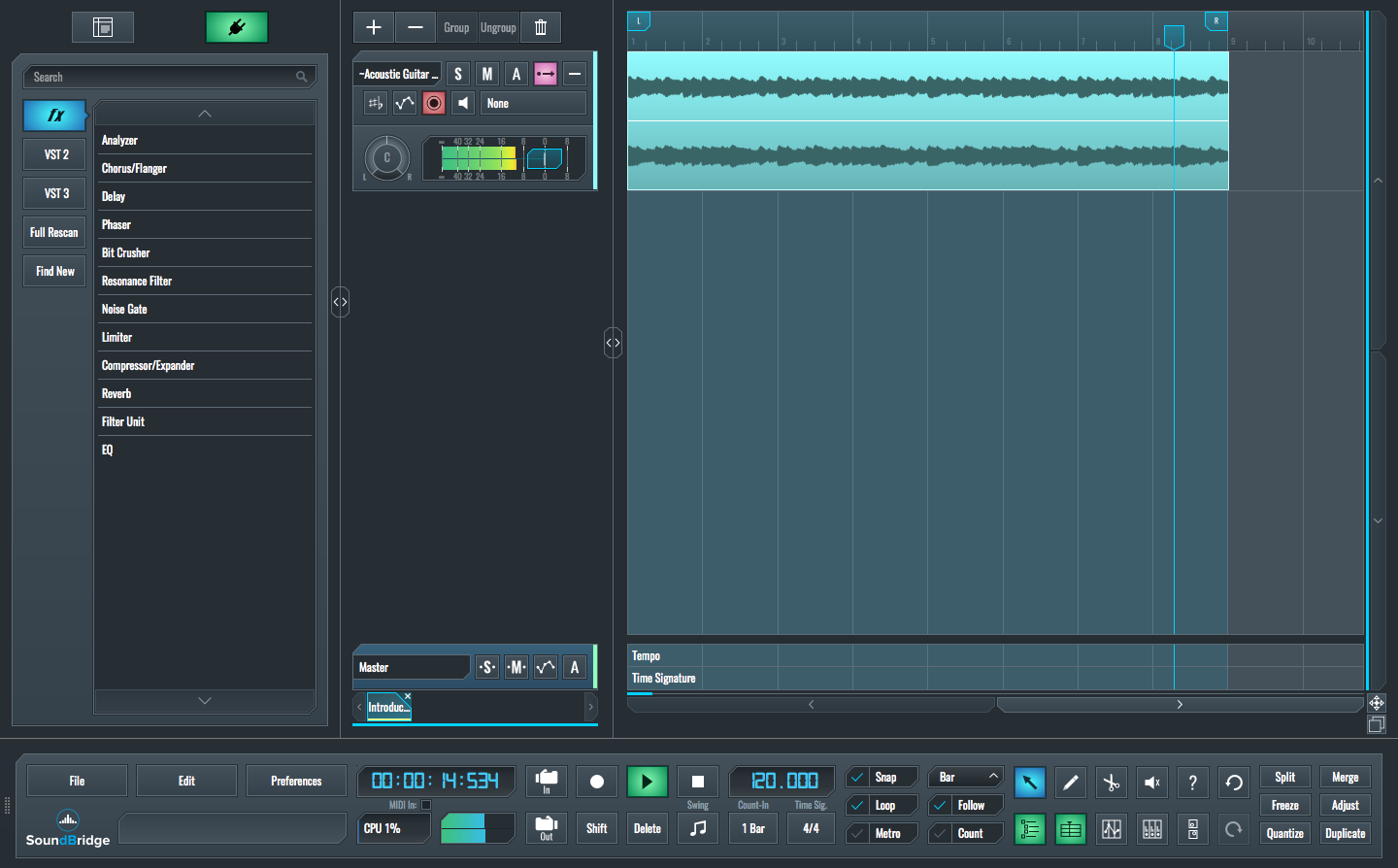 The audio effect which we will cover in this tutorial is basically a pitch shifter, but with a lot more possibilities. There are a few different options on the market regarding this kind of effect, but we have chosen the Discord4 by Audio Damage for the sake of this tutorial. Let us start by adding a fresh instance of Discord4 on the audio channel of our Acoustic Guitar. 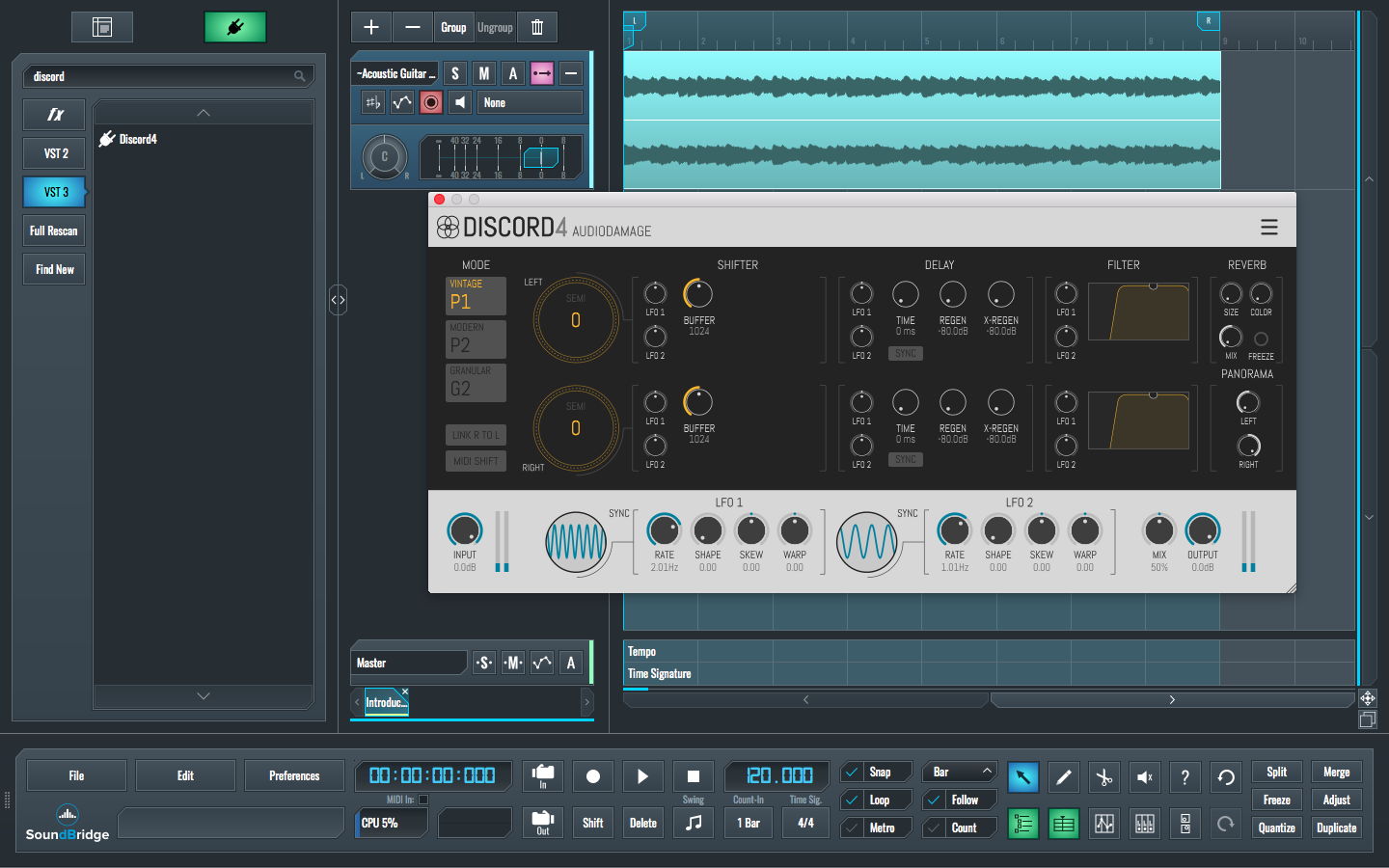 Discord4 is a pitch shifter which was modeled on the H910, it has long since become its own effect and a studio standby. The all-new version 4 includes major additions to further stretch its capabilities. It possesses three unique pitch-shifting algorithms. The P1 Vintage mode is modeled on the Eventide H910 and H949. The P2 Clean mode provides more modern shifting sounds. The G2 Granular mode allows for experimental effects. With Discord4 it is possible to fine-tune its algorithm, providing precise control over buffer size and granular parameters to suit your needs.

Discord features two of our new LFOs to modulate the pitch-shift amount which can be seen at the bottom of the interface. lt also provides delay times and filter frequencies of the included effects section. These Flexible Low-Frequency Oscillators offer virtually infinite variations of modulation shapes. They use only three controls and you can tempo-sync them to your host.

On the right, check out two tempo-synced delays, with reverb and filtering in the feedback path elevate Discord to a special-FX powerhouse with a vast palette of unique and usable sounds, ranging from the subtle to the severe.

After a brief description, let’s start with a few audio examples.