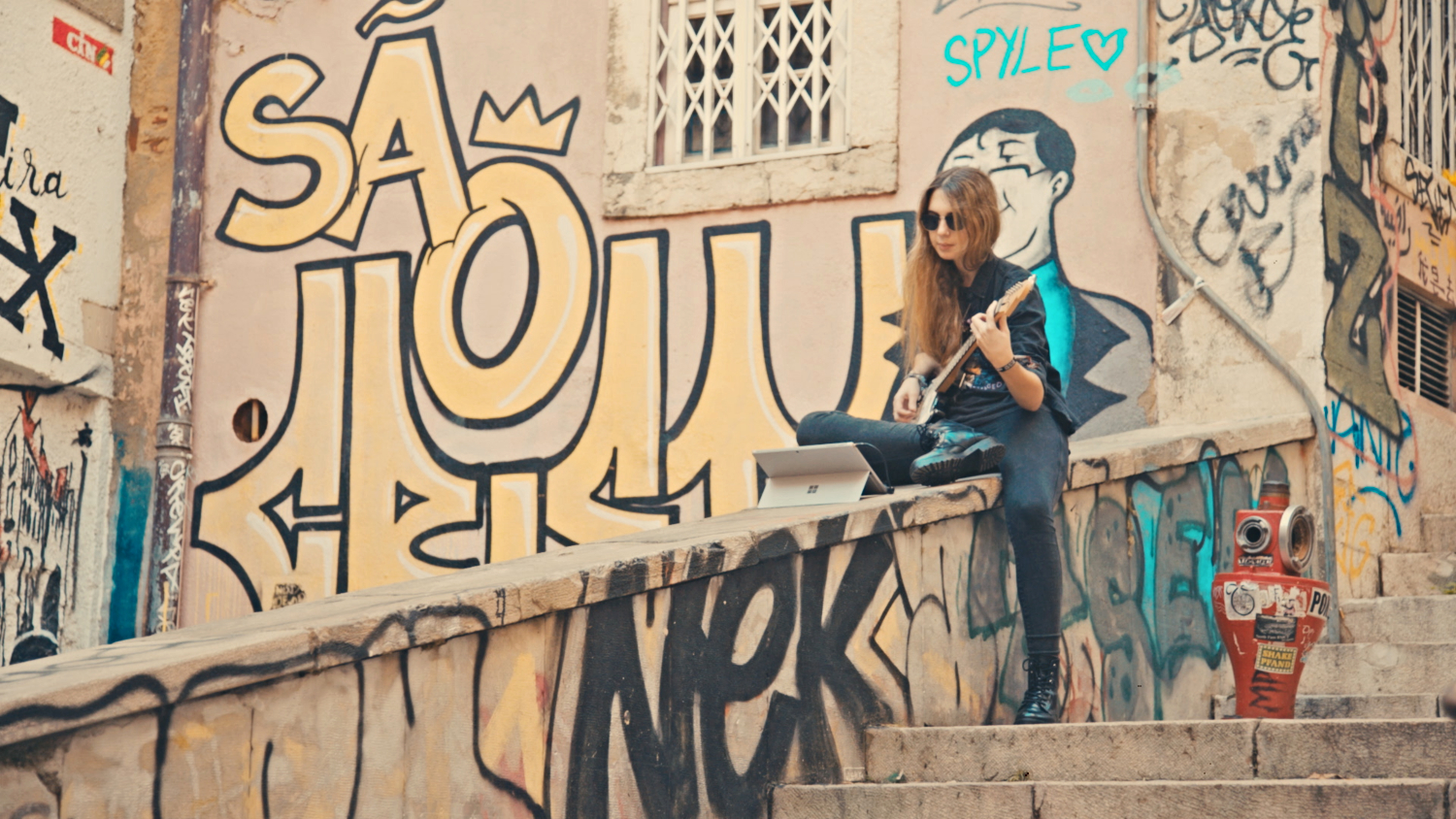 Orchestral elements play a more significant role in today’s music than we might expect. They give the average listener something they can relate to and provide a sense of familiarity in everything from soundtracks and video games to film scores and Top 40 hits. Today’s samplers provide us with the tools we need to replicate real orchestras. Let’s talk about how we can utilize these to create an organic quality in our scores.

Session Strings is a symphonic string sampler that covers everything from double basses to violins. I will first break down the features of the plug-in. Later, I will arrange a passage in SoundBridge that uses these features in a practical context.

When you load up a new instance of Session Strings, you will be presented with the main interface. Performance Mode enables you to play back recorded or drawn notes in different articulations: legato, or polyphonically. It has scoops/falls feature that, when enabled, causes the pitch of the instrument to slide up or down, relative to the center pitch. When disabled, you can still use the pitch bend wheel to glide to/from notes.

The Animator Mode contains over a hundred different patterns of both rhythmic and arpeggiated quality that can be played in a range of different articulations. Something to keep in mind about this mode – if you switch it off as you are pressing down notes, those will continue their rhythmic phrase until the next note is pressed. Then they will play in legato mode.

The dynamics knob determines how accented certain notes of the phrase are. The higher the setting, the bigger the dynamic range (range between the quietest and loudest notes). Next to it is the groove knob. This determines the speed of the phrase in note subdivisions of the bar: ¼, ⅛, etc.

The envelope section does what you’d expect it to do. It shapes the articulation using a two-parameter envelope (attack and release). Automating this can help build tension. If used in parallel with the dynamics setting, it will breathe some life into the strings.

In the FX tab, we find the minimum and maximum controls for velocity and a curve setting. The min/max settings determine how MIDI note velocity will affect the sound of the violins. The latter, curve, determines how velocity’s effect on the sound is scaled. A linear scale (12 o’clock) would mean that doubling the velocity creates double the effect. At the maximum curve setting (exponential), notes will be a little louder at lower velocities than they would be if the curve knob was set to it’s minimal (logarithmic) setting.

Lastly, the plug-in offers reverb and an EQ that is tuned to affect characteristic frequencies of the violin and a reverb. The ambiance generated by the reverb is modeled after real spaces and will be crucial to adding that organic ambiance to our score.

I have gone ahead and composed a very short melodic passage in SoundBridge. It is in the key of A minor. The resultant harmony is as f…ws….

Here is how it sounds on a default performance instance of Session Strings:

It sounds pretty good, but the overall feel is a little static. I am going to use some of the features I discussed in the previous section to make the passage feel more realistic.

1) The first thing I am going to do is layer different instances of Sessions Strings so that I can customize and sequence each string section independently and thereby add some depth.

2) I split up the notes of that initial MIDI clip into three different clips, making sure that they are complementing each other and that there is no unnecessary doubling. Layering is essential in creating the complexity you need to emulate a real string section.

Now that I have the three different sections, the first thing to do is play with the velocity of different notes to replicate the natural dynamics of a violin player. There is no scientific method for doing this, and it depends primarily on the musical phrase itself and where you’d expect the accents/intonations to be.

1) Here are my velocity settings for the melody layer. The change in velocity makes the passage sound more natural and airy, which seems to fit the nature of the melody.

3) Since this layer is playing in a higher register than the others, I have decided to attenuate the low end using the EQ. Then in the reverb setting, I have changed the preset to “Concert Hall A”. I want the strings to sound cinematic, and I feel this size room gives them the right effect for that.

4) Finally, I used SoundBridge’s “Read” button on the rack module to create a track lane for the attack parameter in the envelope section of the plugin automated it to the notes flow into each other. I have also increased the release ever-so-slightly to make the transition between notes more realistic.

Check out the difference between static performance and the automated, affected performance…

The purpose of this layer is to add some depth by playing a rhythmic phrase that is complementary to the melody.

1) The first thing I have done is switch on the animator and set the phrase to ‘Staccato Chord 3’. Of course, many different phrases would work in this context. The best thing to do is to try a few and see which one fits best with the other layer.

2) Then, as with the melody layer, I went through the notes, adjusting the velocities.

3) I automated the dynamics parameter within the animator to make the passage less mechanical.

4) I attenuated the lows and highs slightly to leave space for the other two layers, and I switched the reverb to the same room as the melodic layer.

The bass layer is there to support the other parts. Like I did on the harmony layer, I’ll be using the animator on this layer as well to add some movement.

1) I have chosen “Staccato Chord 5” because it works well with the rhythmic phrase of the middle layer.

2) Again, I have automated the dynamics parameter on the phrase to suit the melody. I want the overall motif to start out intense but soften up as it reaches the Fmaj7 chord. With this automation, the bass layer gets softer and less distinguished as it reaches the end of the phrase.

3) As with all the layers, I added a little variation to the velocity. However, this time, I made fewer changes because the bass layer has to be reasonably stable and consistent to support the other two parts.

4) Finally, I rolled off some top end using the EQ and set the reverb to the same room as the other two layers. This time, I lowered the reverb mix a little because it can muddy up the overall sound to have a lot of reverb in the low end.

When we put all these layers together, this is what we get.

So with some minor tweaks, we’ve managed to give our virtual strings some life!