How to Recover Sub Frequencies

Sub-bass sounds are deep and low-register, approximately below 60 Hz (C2 in scientific pitch notation) and extending downward to include the lowest frequency humans can hear, at about 20 Hz. In this range, human hearing is not very sensitive, so sounds in this range tend to be more felt than heard. Until recently, it was impossible to add the sub frequencies to an audio source. But with the development of audio technology, this is now possible and highly useful for various tasks. Therefore, in the next tutorial, we will show you how to recover or add sub frequencies to your instruments.

As usual, we have previously made a short sequence in the SoundBridge: DAW, which contains all the elements which are included in the full mix of a song. Among these elements, there is a drone sound, which is keeping the tension in the mix. We feel that it could sound much better if it had some sub frequencies. Let’s hear the drone sound solo as well as the full mix. 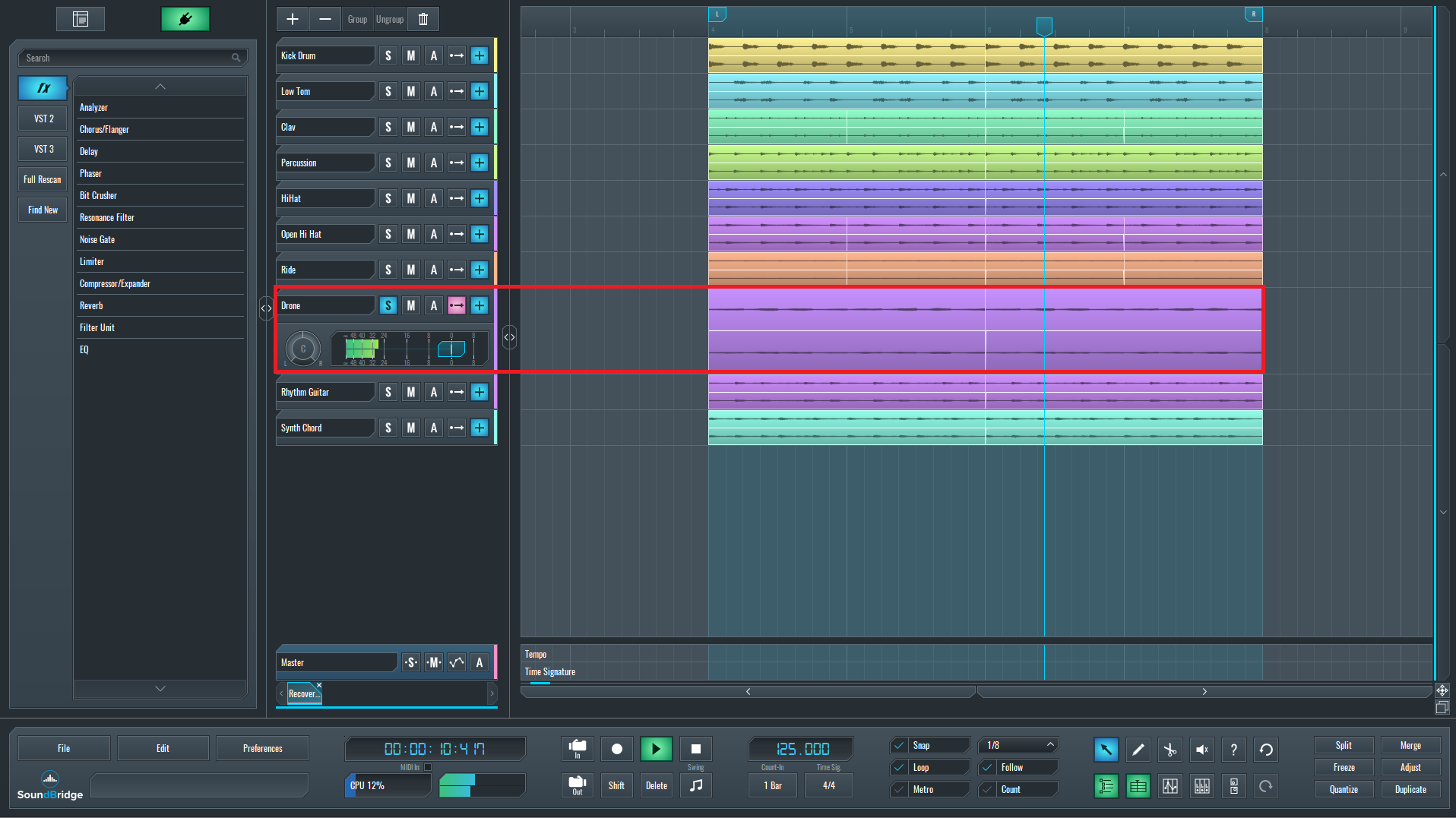 As you can hear, there is an absence of proper bass frequencies, meaning sub frequencies below 100 Hz. Let us start fixing that.

For this tutorial, we will use a sub-frequency generator called Sub Marine, which is developed by Waves audio. There are other options out there that are doing the more-less same thing in variable quality, which you are free to explore. Let us look at Sub Marine`s interface. 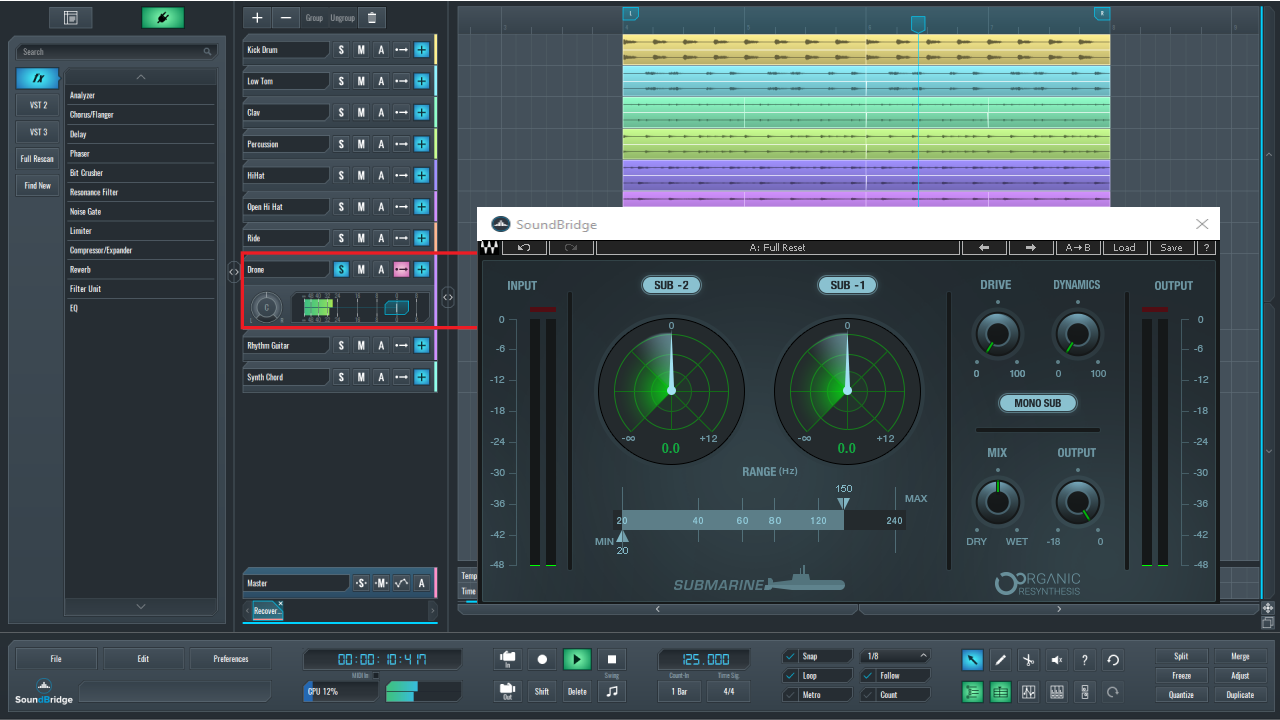 Waves Submarine is a plugin that enables you to add clean, natural sub-bass content to a signal. It generates subs that are one octave and two octaves lower than the input signal. These generated sub-signals can be controlled further before they are mixed with the original signal or sent straight to the LFE buss. You can create bone-rattling subs that highlight the low end of an instrument or use Submarine with a light touch to subtly enhance a sound.

As we can see from the photo above, there are not so many parameters to control. But don’t be discouraged by that. Let us go over the main control parameters. There are two sub generators with variable ranges that you can increase or decrease. Below that, there is a “Range” slider. Range sets which frequencies of the input signal will be used by the generators to create subs. Use the Max grabber to locate the instrument’s fundamental or the frequency that you want to focus on. On the right side of the sub generators, we can see the sub effects.

Adds a small amount of harmonic distortion to the sub-signal. These even harmonics help the generated subs stick to the original signal.

Sums a stereo generated sub-signal to mono (stereo component only). Using a mono sub helps to focus the sub energy in the mix.

Controls the output mix between the input signal (dry) and the generated subs signal (wet).

It allows you to lower the plugin output gain. Adding sub frequencies will likely add energy to the output signal. On top of that, there is a dedicated metering section which can be seen on the left and right side of the Submarine interface.

Once we got done with introducing you with this plugin, it is time to hear it in action. Let us first hear the drone sound processed with Submarine solo and then in full mix. Please have in mind that in order to hear the sub frequencies properly, you will need a pair of decent quality headphones or proper studio monitors which will accurately present the sub frequencies.