The next segment of the Lumit subway series features local artist, Ilana Katz Katz: a Blues and Appalachian Fiddler, singer, composer, novelist, and painter. She lives in Boston and is known for her unique style – as a solo artist and as a bandleader. She has recorded and performed with greats such as Blues Music Award Winner Ronnie Earl, nominee Barry Levenson (Canned Heat), NY Blues Hall of Famer Bobby Radcliff, and multi-grammy nominated Cedric Watson – to name a few. Her outstanding improvisational techniques and soulful style make her a very entertaining sight when she busks in the subway each week – her favorite place to play. Ilana’s voice and fiddling puts new spins on early traditional Blues songs and dovetails nicely into her modern original songs and instrumentals – including some scat singing! More about Ilana and her critically appreciated new record are on her website www.ilanakatz.com Don’t forget to look for her in the subway! 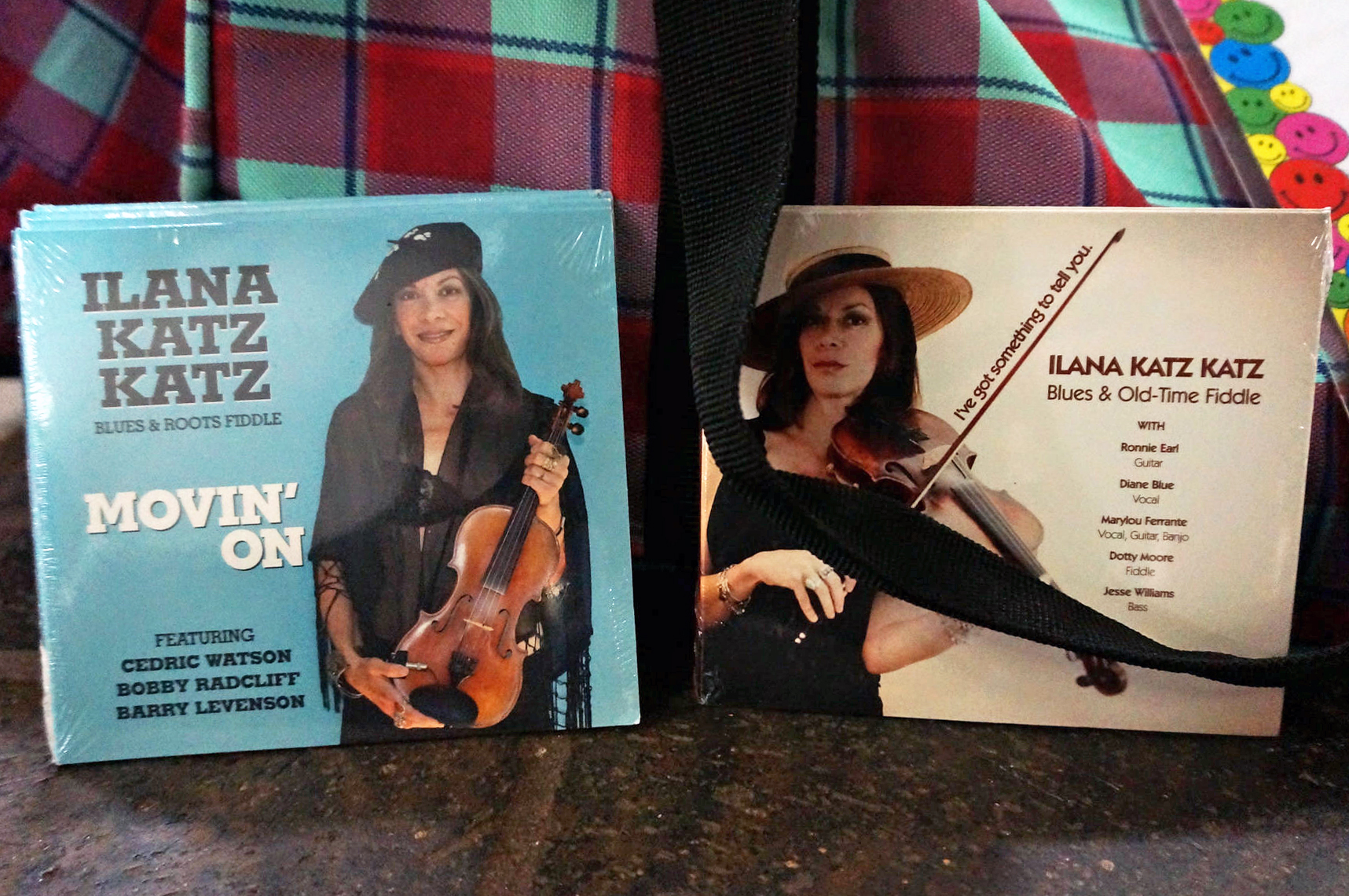 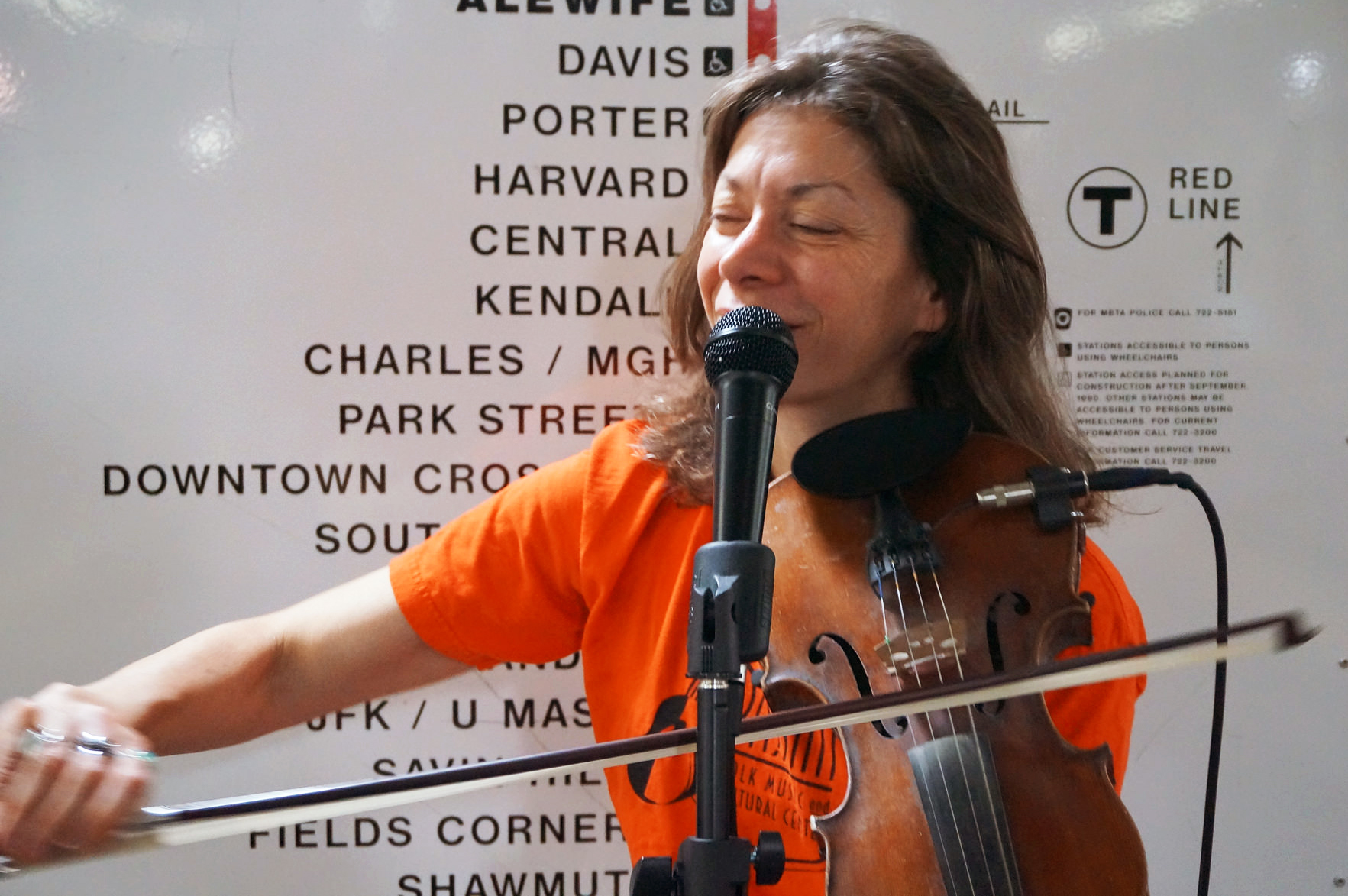 Ilana’s most recent album, Movin’ On, and her debut, I’ve Got Something To Tell You. Click the images to learn more.

I went into Park Street MBTA station and recorded some of her playing by the red line with a Microsoft Surface, a USB Microphone, and a Zoom H4N recorder. Then, I used the raw material to inspire and lay the way for the joyful electronic jam below. 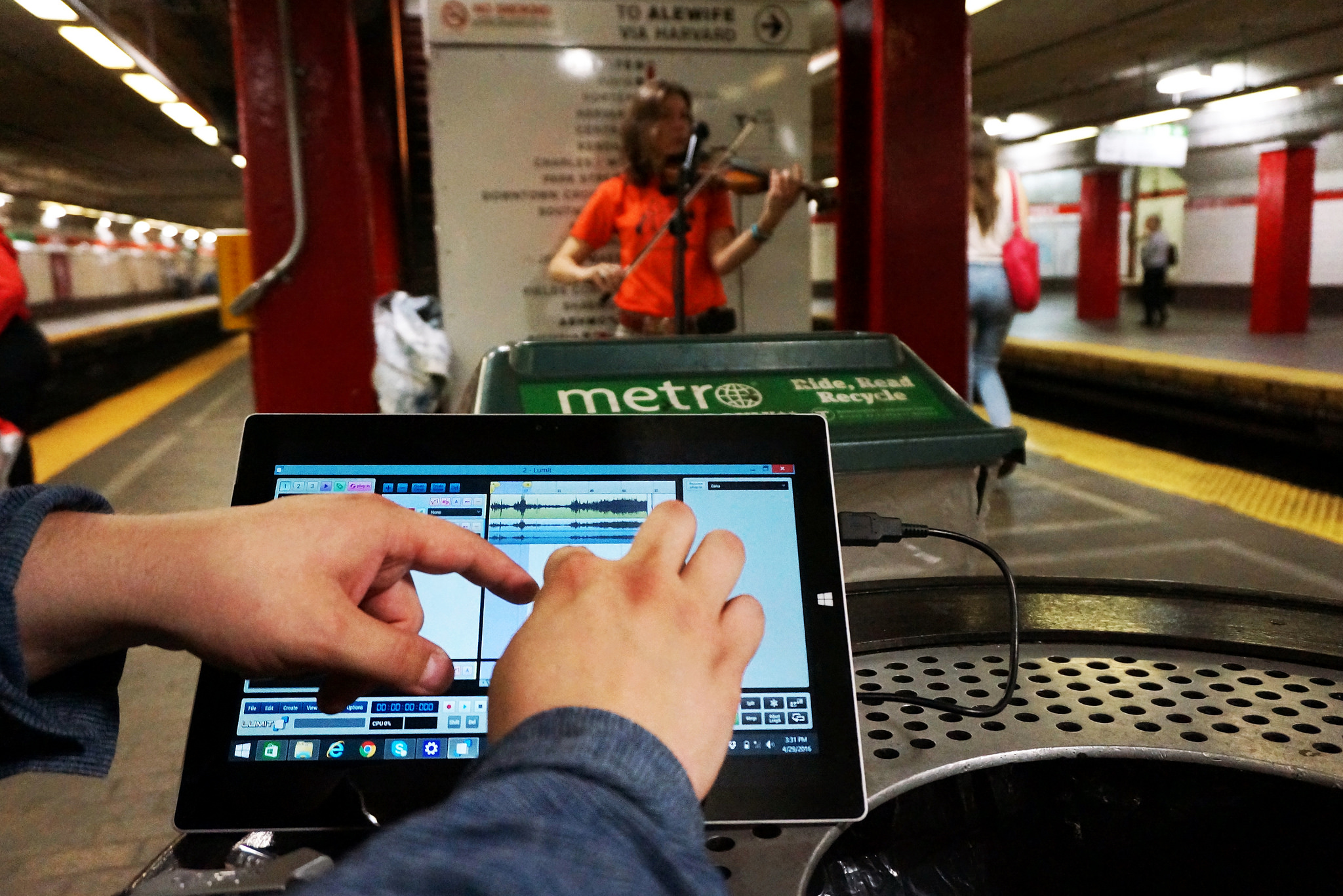 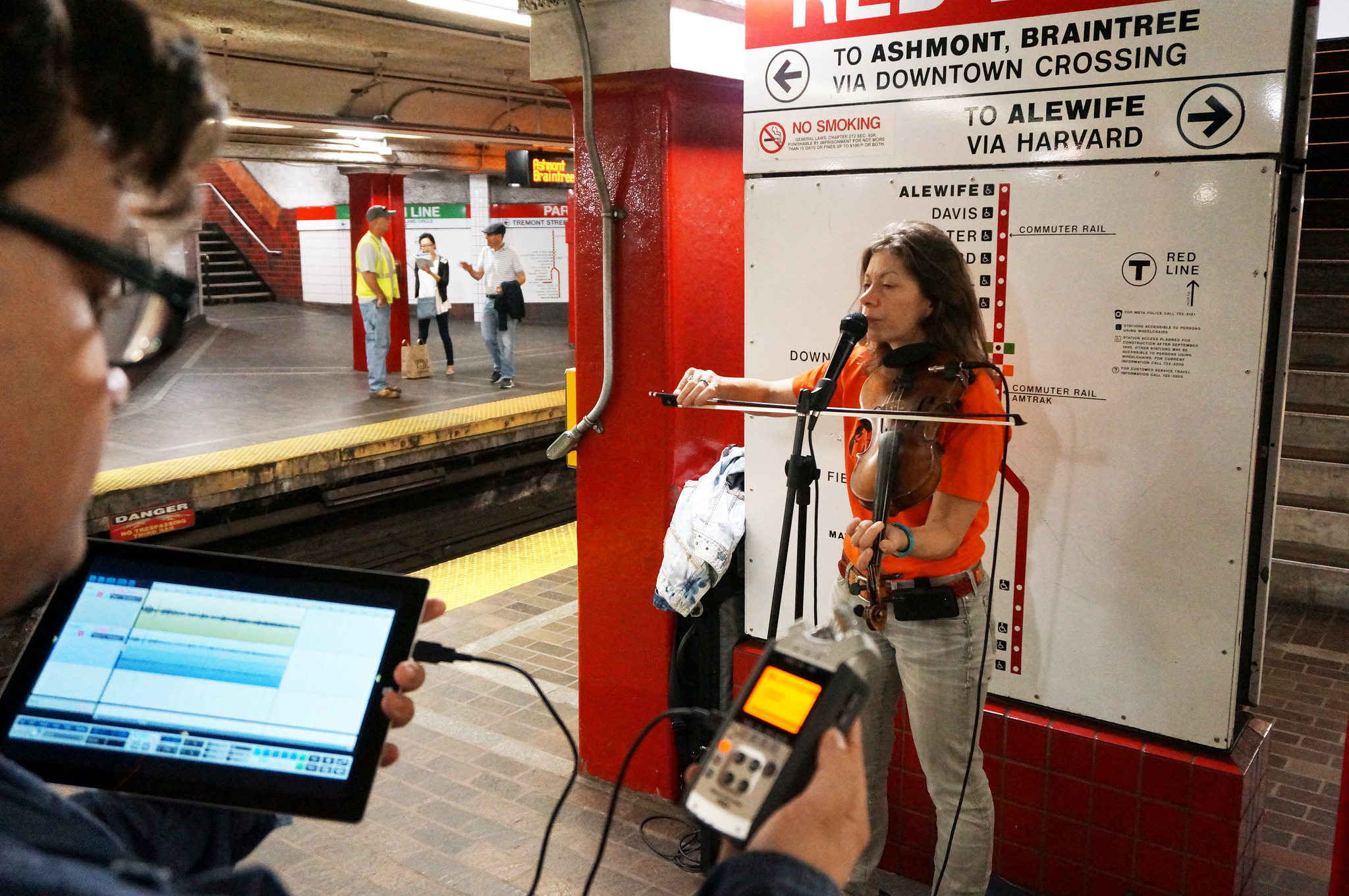 Deciding what “The Song” was going to be.

I had to narrow down the material I captured into manageable segments – to limit myself and get a good grasp of what it was going to sound like. This is the phrase that I decided would “be the song”.

Since Ilana is a talented freestyle fiddler, she was able to take some creative liberties with timing and meter – it was my job to somewhat undo that so I could play along to it with other instruments. The Lumit editor proved to be the perfect tool for that task. The process was similar to the process I used for the Erhu Man project.

Creating different sampled instruments out of one live instrument.

I used Iris 2 (a robust yet easy to use sampler from iZotope) to create two instruments out of short snippets from Ilana. You could do this in the editor but samplers make the process more natural and allow more freedom to tweak things later. For example, I had to adjust the register of my sampler instruments to get a better blend after the arrangement starting coming together. Below you can hear each sampler instruments in isolation.