The Talk Box dates back to at least 1939 when big band musician Alvino Rey used an early version. You can actually see Rey perform a slightly bizarre-sounding version of “St. Louis Blues” with “Stringy,” the talking steel guitar puppet, in a film clip from the 1940s. By 1964, steel guitarist Pete Drake adopted the talk box for the song “Forever,” which turned into a Gold record hit.

In fact, it was Pete Drake who personally exposed Peter Frampton to the talk box device. The two musicians crossed paths during the recording sessions for George Harrison’s 1970 work, “All Things Must Pass,”. This was  Harrison’s first solo album after the Beatles broke up. Harrison had asked Drake to lend his legendary steel guitar sound to his album (which you can hear on the track “I Live For You”). A young Frampton was also there to play some uncredited guitar on a few songs. Drake dazzled the other musicians, and especially Frampton, with his talk box sound.

Taking advantage of the human voice

Talk box is an audio effect that takes advantage of the human voice of the unique qualities of the human mouth and vocal tract and lends them to instruments. The talk box is a rather simple device, but in order to understand how it works, we’ll have to appreciate some of the complexities of the human vocal tract. We push air from our lungs through our vocal folds (also called vocal cords) in the larynx. The vocal folds are the things that create an air valve and allow us to vibrate the air, which makes our speech audible. The larynx muscles also control pitch and tone. But it’s the mouth, with its tongue, palate, teeth, and lips, that helps us form different sounds to create words and complex language.

Horn driver and a plastic tube

An instrument, like a guitar, doesn’t have lungs to power its sound. Rather, the musician plucks or strums its strings to cause vibrations, which in turn form the sound. What the talk box does is allow the musician to lend his or her mouth to the instrument as well. To help explain how this is possible, let’s go over the mechanics. A talk box, in its simplest form, consists of a horn driver and a plastic tube. You’ll even find tutorials on the Internet that can teach you how to make a crude version at home with some materials from the hardware store. A commercial talk box, however, will provide the best sound.

The box has connectors for the connection to the speaker output of an instrument amplifier and a connection to a normal instrument speaker. A foot-operated switch on the box directs the sound either to the talk box speaker or to the normal speaker. The switch is usually a push-on/push-off type. The other end of the tube is taped to the side of a microphone, extending enough to direct the reproduced sound in or near the performer’s mouth. When activated, the sound from the amplifier is reproduced by the speaker in the talk box and directed through the tube into the performer’s mouth. 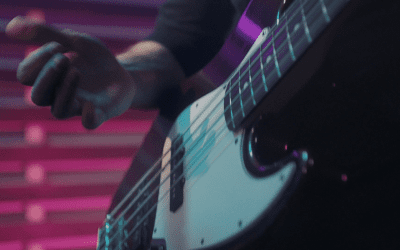 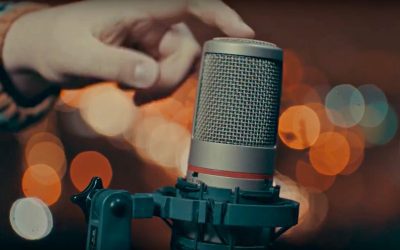 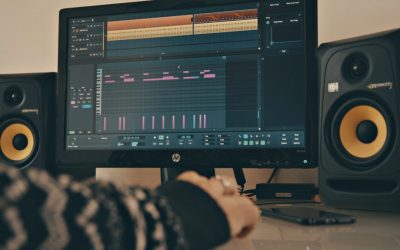 Design Your Own Transition Effects