How to Make a Talking Synth Sound

Simulation of the human voice was one of the things that synthesizer makers and music producers tried to achieve since the beginning of the synthesizer era. The first attempts at synthesizing the human voice were made in Doctor Who episodes with Dalek voices. Later on, we were presented with talk boxes and vocoders in the `80s. They opened a whole new palette of possibilities in manipulating the human voice. This created some insanely exciting results. After that, talking synth sounds were present in many different music genres, ranging from Pop to now-famous Dubstep.

In the next tutorial, I will show you how to create a talking synth sound using Massive by Native instruments in just a few easy steps.

So let’s create a new midi channel in SoundBridge and place Massive by Native Instruments onto it. Once we have an interface of Massive in front of us, the first thing to do would be to select a new sound from “File” in the upper menu. Alet’s that let’s move to the oscillator section and chose a square-based waveform to start with (in this case VA PWM).

The next thing to do would be to set the filter type. Therefore, I will select Low pass 2 type filter with resonance on let’s say 12 o’clock.
Third and the most crucial step is to engage a Sample & Hold as an insert effect that could be found in the bottom part of Massive`s interface. Dry/Wet parameter is going all the way to right and Pitch somewhere closer to the maximum on the right. Now we are getting closer to the result.

It’s all in the tweaking.

After that, l will modulate cutoff with the envelope. This can be achieved by dragging and dropping the cursor icon of the envelope 1 section to the cutoff in the upper filter section. Also, I’ll be tweaking the attack and level parameters of the envelope a bit. 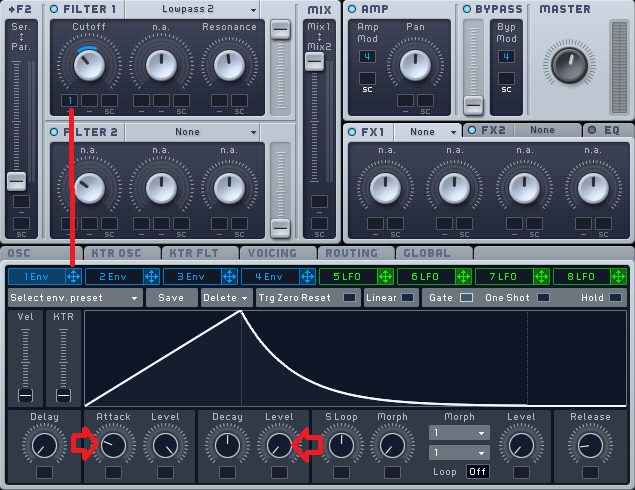 To spice it up, even more, let’s add a vibrato controlled by the aftertouch. 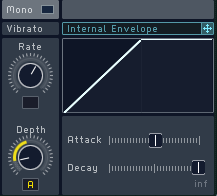 Finally, let’s hear the result, first solo and again with some rhythm and bass.

Feel free to experiment with cutoff, pitch parameter from sample & hold insert effect, as well with all other used parameters to get the sound that you like. Have fun!