The tracks “Losing It” by Fisher and “Do It To It” by ACRAZE are two significant singles that have contributed to the rise of tech house as one of the most prominent subgenres of house music. Tech house is a hybrid electronic music genre that blends elements of house and techno. Four-to-the-floor kicks, off-beat hats, and rolling basslines characterize this genre. In this tutorial, I’ll show you how to create a tech house bass sound from scratch.

I’ll basically use Vital synth by Vital Audio to create the bassline sound from the ground up. We have written a bassline sequence in a MIDI channel within SoundBridge, where we placed a new Vital instance. We will use two oscillators for this tutorial, so setting them would be the first step. Let’s explore Vital’s user interface. 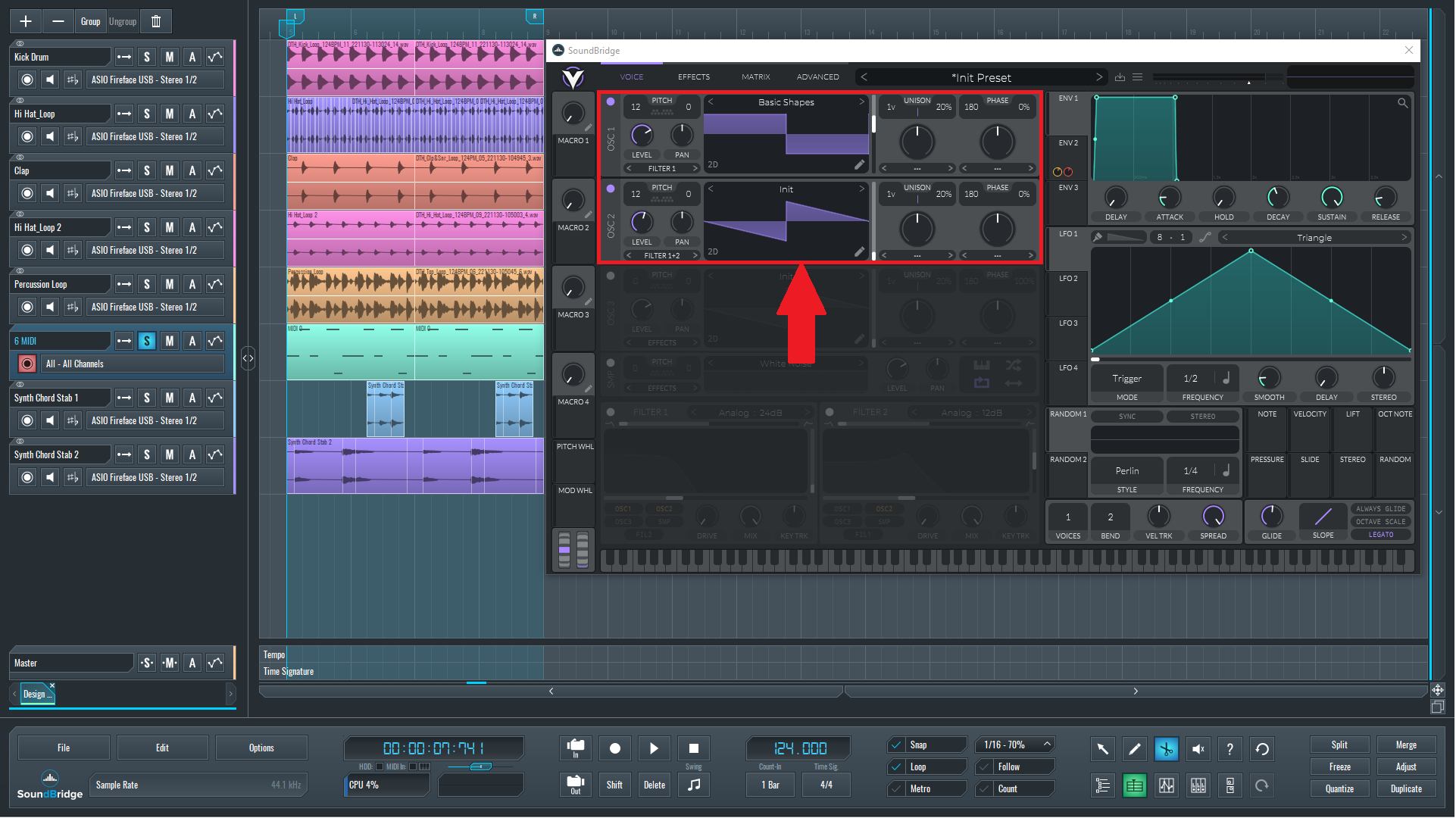 Following that, I can move on to the filter section. Because tech house bass sounds are known for their sub-bass character, I will use a 24 dB filter slope to filter all the high frequencies. The resonance will be reduced to zero, and the cutoff frequency will be around 150 Hz. 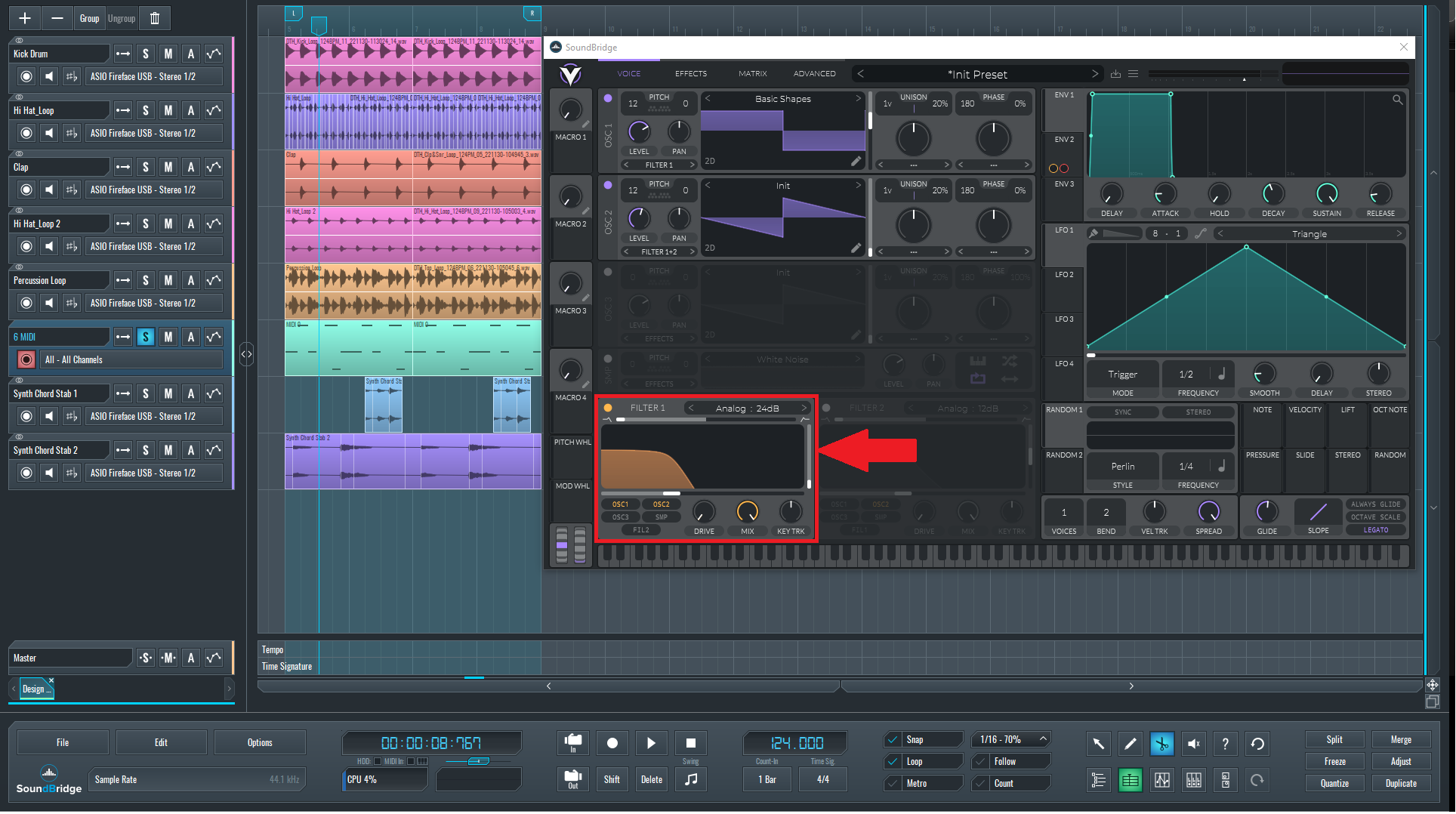 Envelope Settings for This Bass Design

I will shorten the sustain parameter and increase the release and decay times to achieve a solid and clear bass tone. And because we want our bass to sound punchy, the attack value will be short.

The effects section would be the next step in creating this sound. First, I’ll configure the distortion effect. I’ll set the drive level to around 8 dB and use a post filter. I’ll add a compressor after the distortion unit. The compressor state is set to multiband by default, but we only need one band for this purpose. 50% attack and release values will work just fine.

After that, I’ll add an EQ at the end of the chain. This is where we’ll get the fat bass part of the sound, so I’ll make some significant EQ changes. It will be sufficient to take a peak band and boost it by 10 dB around 75 Hz while setting the resonance (Q) value to 12 o’clock. You can check the settings in the picture below. Let us hear where we are with the bass sound so far. 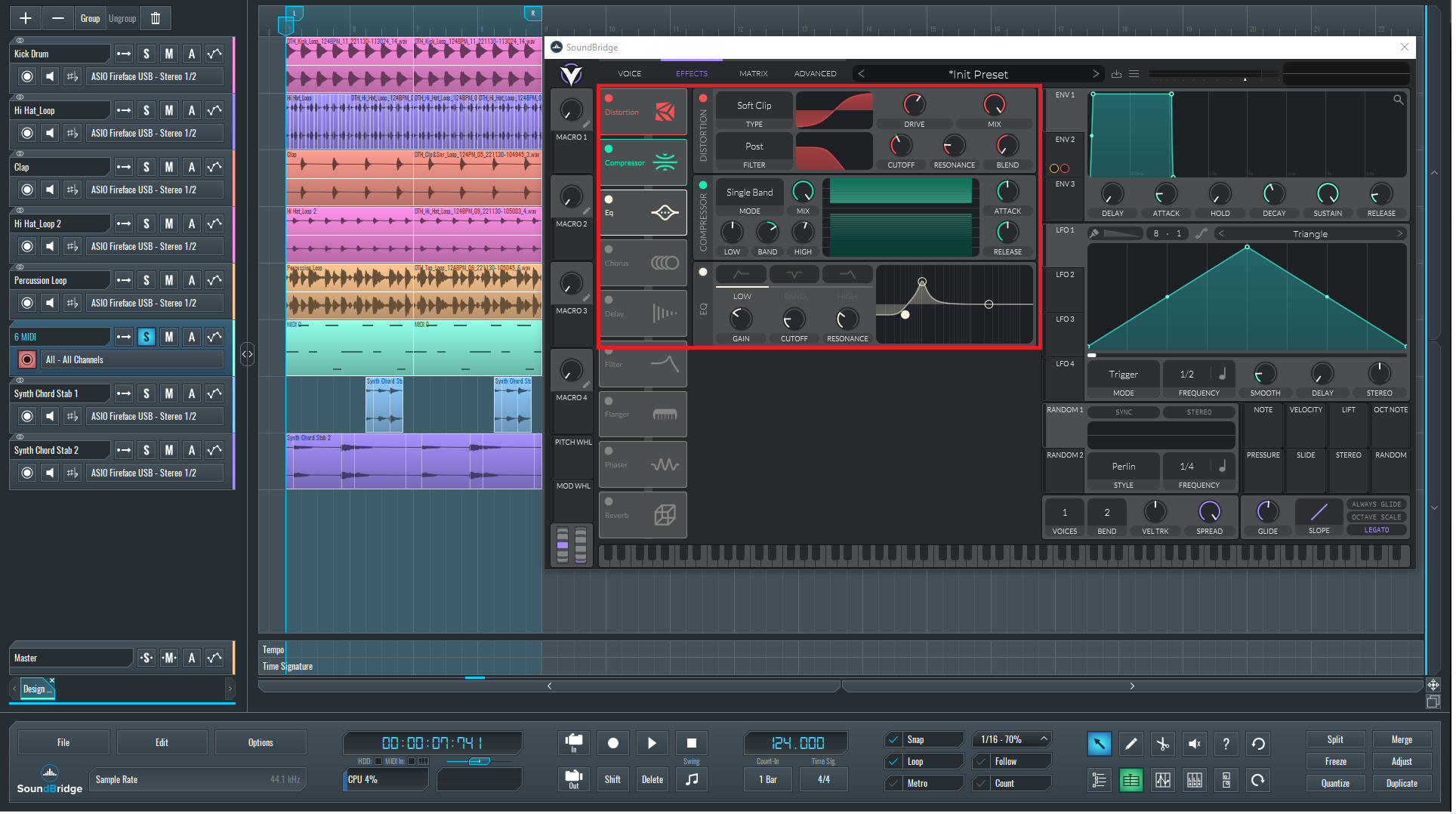 Summing up with our bass, I will move back to the envelope section and work on envelope 2. Here we need to make a plucky shape with a quick release, sustain, and a slight increase of the decay value. We will first map it to the filter one cutoff and set it to a minimal amount. Back at the effects tab, I will also map envelope 2 to the cutoff of the distortion effect post filter, again with a small amount.

For the end, let us hear how our finalized tech house bass sound in the context of the whole mix.

If you liked this article on sound design, here are other related articles: