Techno is a genre that emerged during the past decades as a part of a growing electronic music scene. Well known for its repetitiveness and strong accent on the rhythm, it quickly captured the attention of a worldwide audience. We could say that this genre originated in Detroit – USA in the late 1980s thru a palette of artists including Carl Craig and Derrick May, to mention a few. The rhythmical structure of techno is commonly based on 4/4 beat, where time is marked with a bass drum on each quarter note pulse, a back-beat played by snare or clap on the second and fourth pulses of the bar, and an open hi-hat is sounding every second eighth note.

Generally speaking, one very common sound that was used a lot in early techno tunes, as well as in the present, is a famous techno chord or, stab if you like. One of the trademark characteristics is its use of jazz-influenced minor and major seven chords, helping to give tracks a strong chord-led feel. In the following tutorial, I will show you how to create it with little effort in Massive by Native Instruments.

After inserting a new instance of Massive into a MIDI channel in SoundBridge, I will go and select a new preset. Our sound will be based on a Saw-tooth waveform. Additionally, it will consist of 3 oscillators so that I will engage all 3 of them. I won’t change the pitch of the first oscillator. However, in the second one, I will increase it by three semitones. Also, on the third oscillator, the pitch will be increased by seven semitones. Let’s listen to what I’ve made so far. 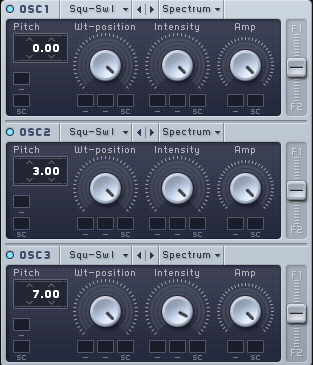 Moving forward, let’s engage a filter and modulate its cutoff parameter with oscillators envelope. I will do the mentioned by dragging and dropping the cursor icon of the envelope section on to first empty modulation slot under the cutoff parameter in the filter section. 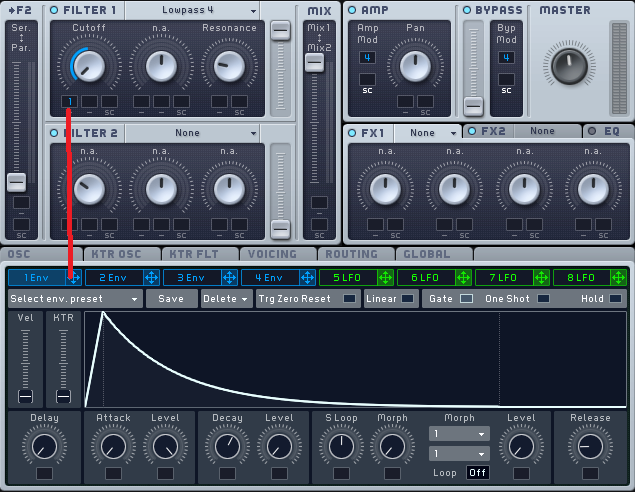 Last but not least, let’s add a built-in Reverb to our chord sound. Consequently, it will be accompanied by a reasonable amount of Delay. I encourage you to experiment not only with different wave-forms of the oscillators but also with filter and perhaps even with distortion. In the end, let’s listen to the results firstly on solo, and then with the previously made rhythm section.