Riser effects are one of the most common sounds used in modern electronic music genres. Whether it’s made from simple white noise or uses saw or pulse waveforms, you probably recognize it when you hear it. Many producers tend to use previously made riser effects from sample banks available. However, custom made, tempo-synced riser effects are much more usable and control friendly. Therefore, in the next tutorial, we will show you how to easily make a riser effect that will fit perfectly in your track.

For the sake of this tutorial, we will use a soft synth called Massive by Native Instruments. Here, we will design our riser effect from scratch. In our Soudbridge: DAW, we have previously made a short Psy Trance sequence. It contains all the elements of a full mix without a riser effect. Let’s have a quick listen. 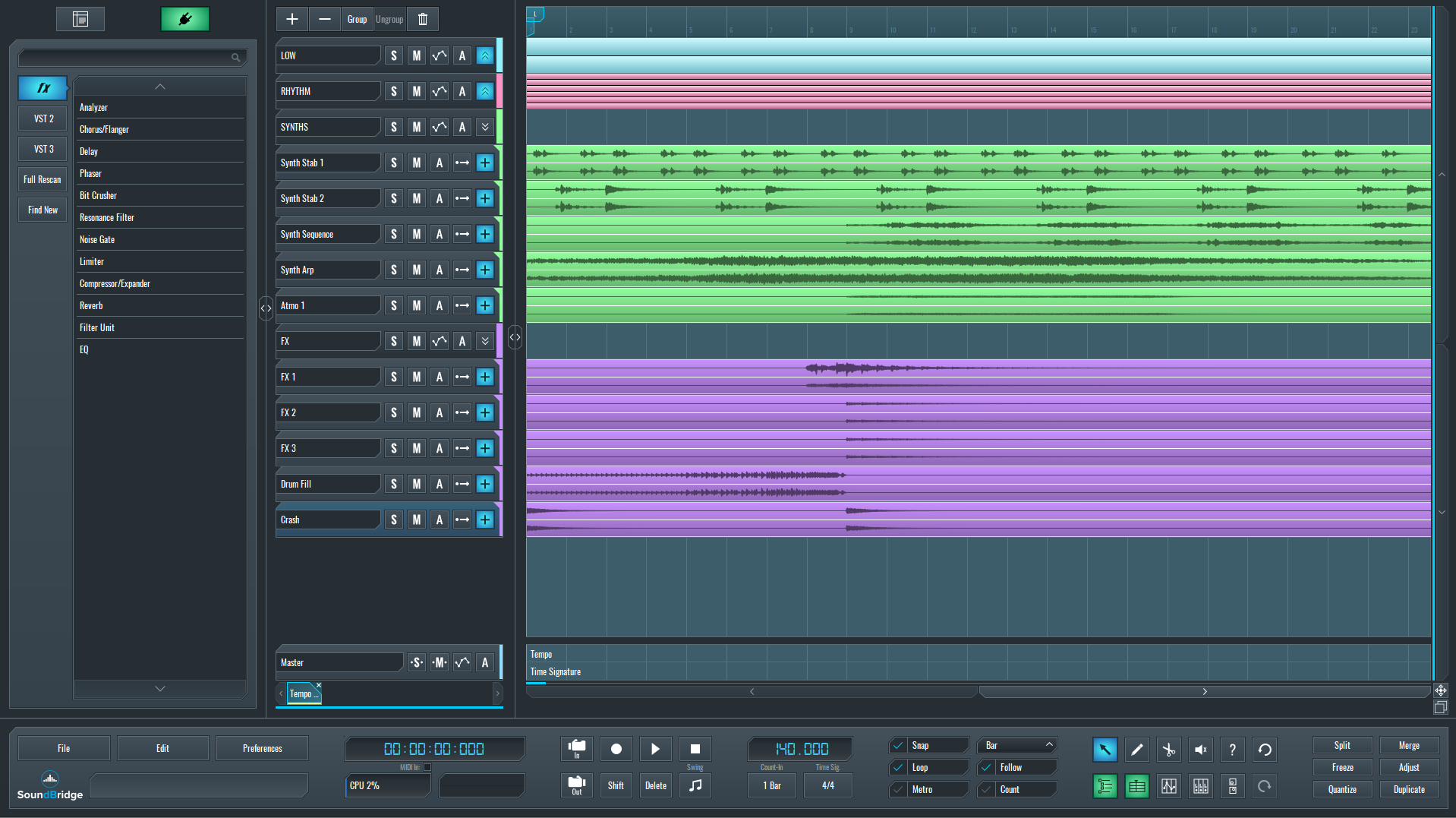 Let’s start by adding a new instance of Massive on a newly created MIDI track. We can initialize the preset by clicking on the “FILE” tab on top of the plugin’s interface.

One way to control the duration of the riser effect within Massive would be to increase the attack in the envelope section. However, this will not allow you to have precise insight into how long the buildup is actually going to last. Instead, we will leave the attack at a minimum and just increase the decay and level parameters to the maximum. 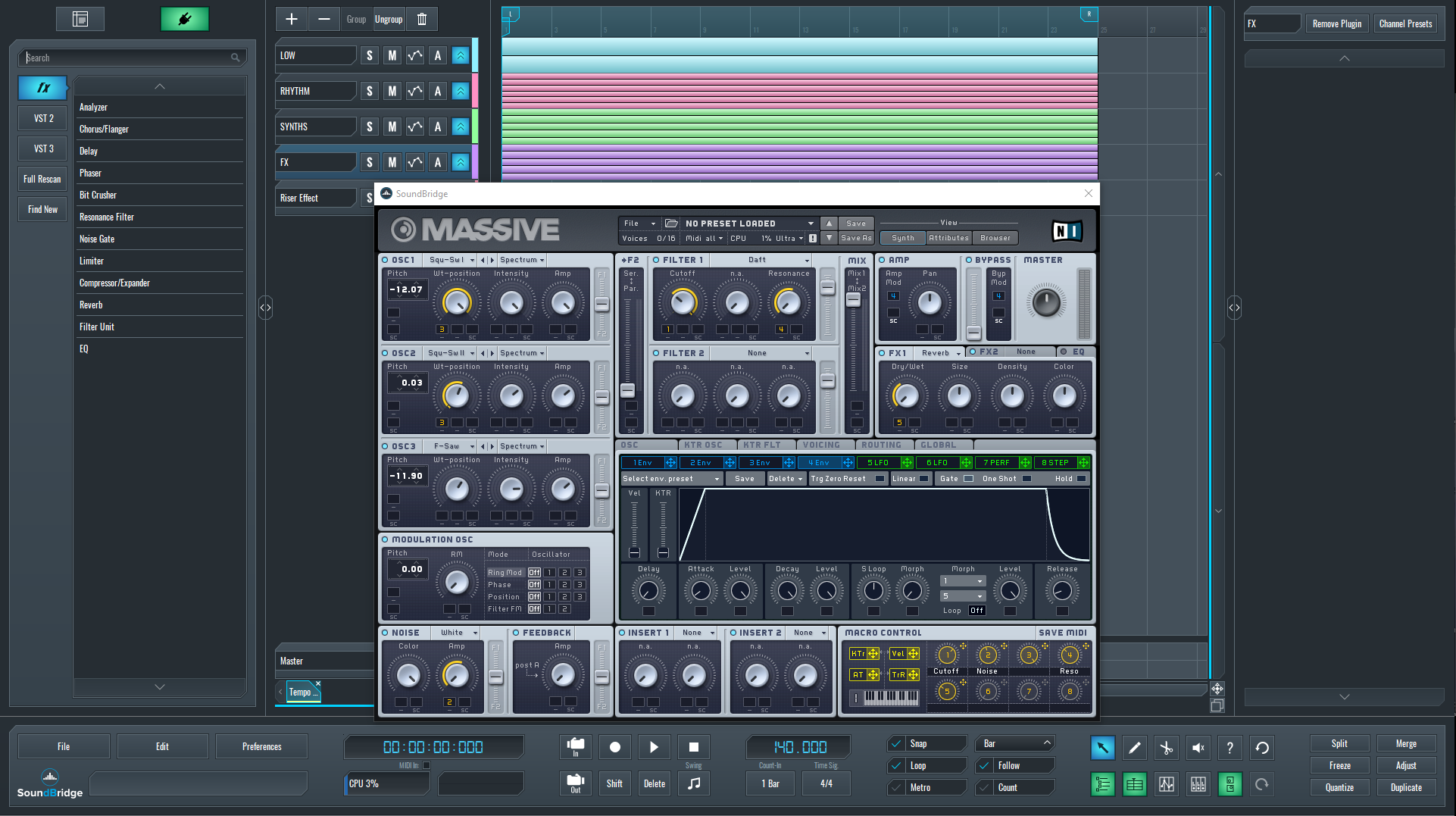 After selecting the desired waveforms from the three available oscillators and setting up the filter section, as shown in the picture above, we will move to the section which allows us to properly tempo sync our riser effect. First, let’s hear how it sounds so far. 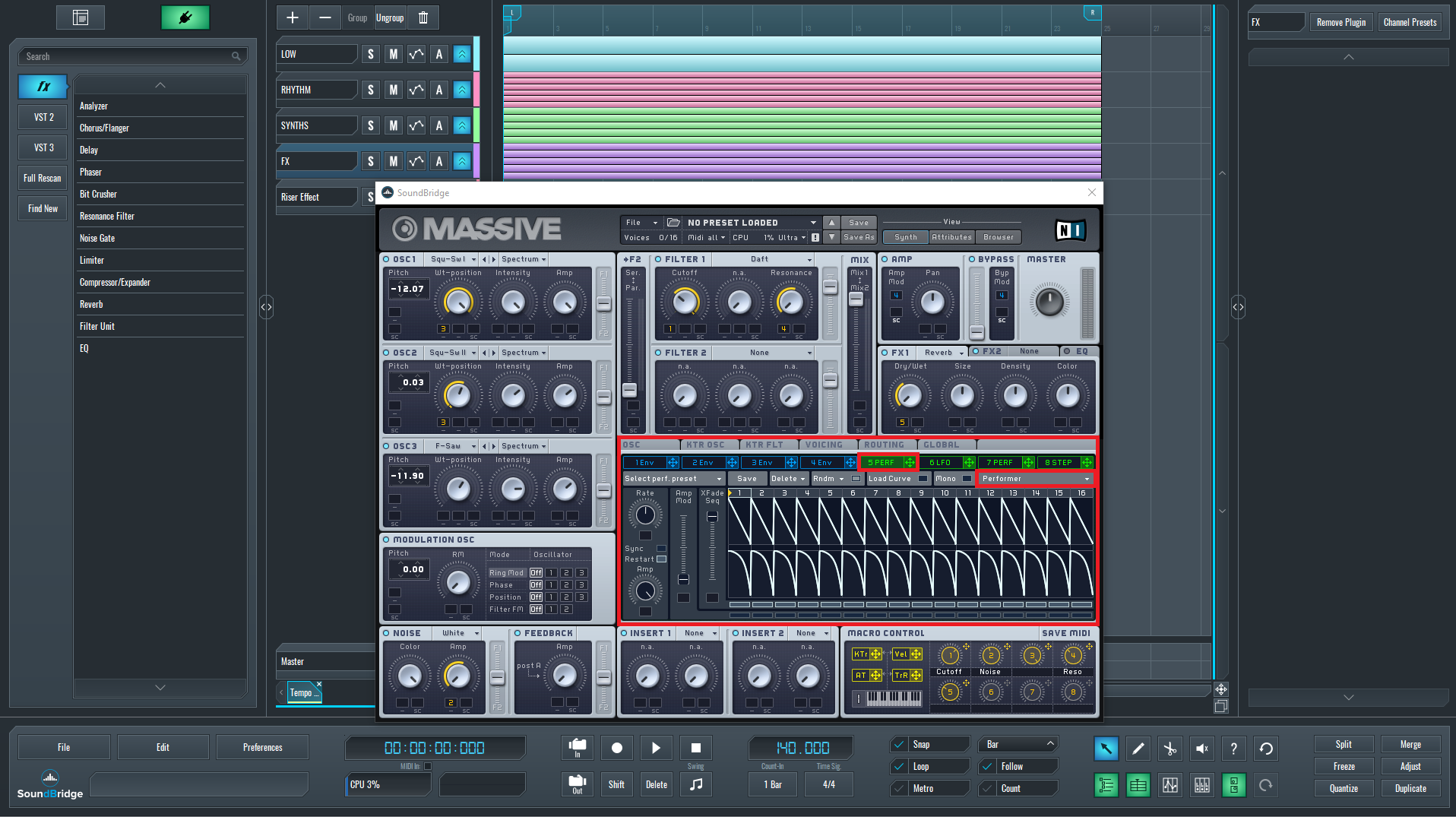 Since we need a simple riser curve, we will delete all the rectangular waveforms present by default. You can do that by clicking, holding, and dragging the waveforms up and down in the section.

We need our riser effect to be tempo-synced, so let’s click on the sync button on the left side. Then, we’re presented with the sync Ratio, which can be changed by dragging the numbers up. The upper number indicates bars, lower indicates subdivision. Since we want our riser effect to last eight bars, we will select eight as the upper value. The lower value will be left at 1.

Modulation curve for oscillators in Massive

Pitch modulation for the riser effect 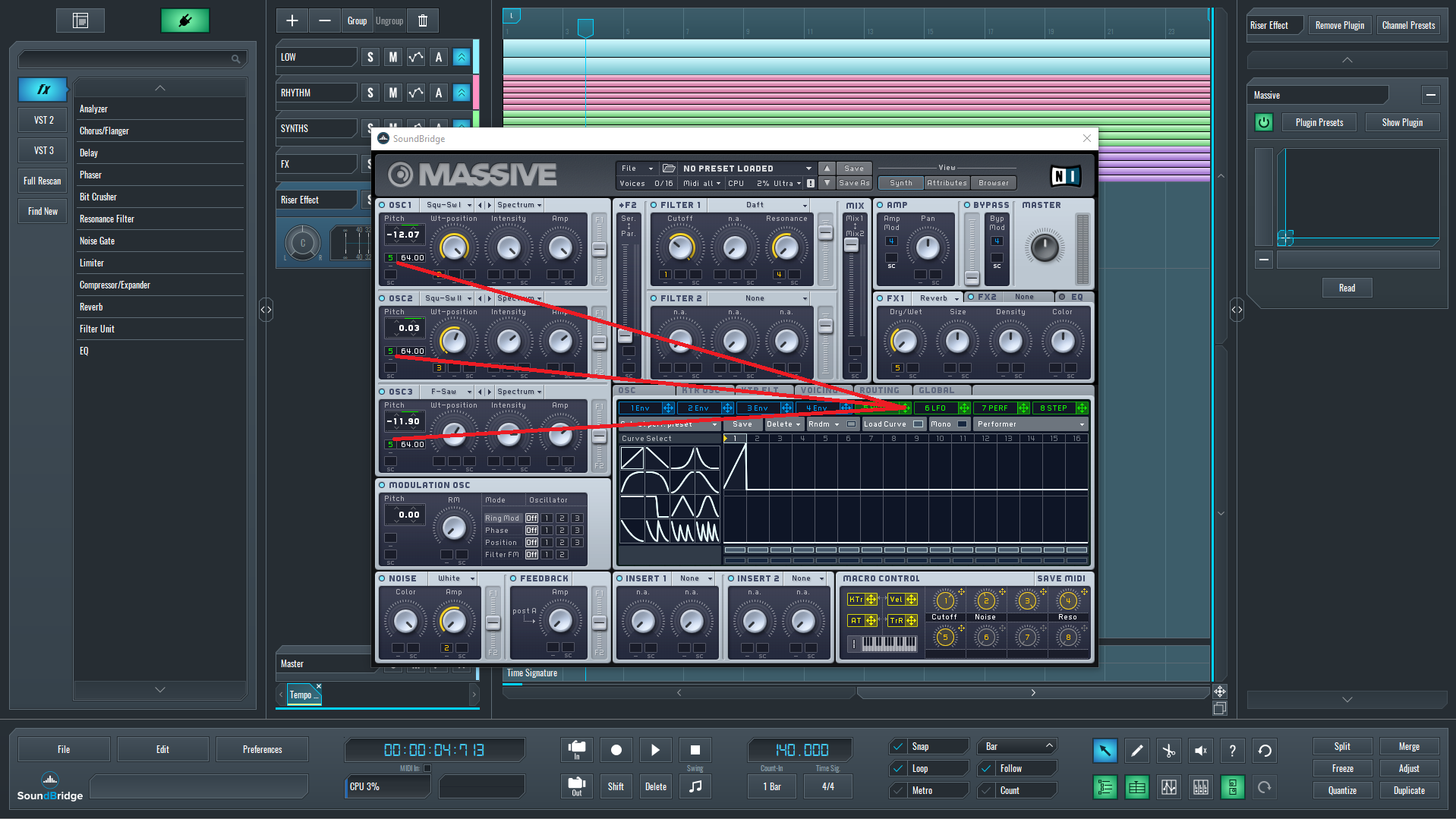 Assign modulation to oscillators in Massive

After all of this, it’s time to hear the result.

Now, let’s hear how our riser effect sounds in context, with the other elements of the mix.