Transform Your Vocal Into Something Completely Different

In the past decade, we have witnessed some groundbreaking innovations in audio mangling and modulation in general. What seemed to be impossible at the end of the 20th century, nowadays became a standard in audio production. Having in mind, in the next tutorial we have decided to show you a really creative process that can turn your vocal into a bass sound with the help of a few effects.

Transform your Vocal into a Bass sound

We will start by placing a clean vocal take on a newly created channel within the SoundBridge: DAW. Down below you will be able to follow the processing of the vocal, and in the end, we will hear it in context with the other elements in the mix. 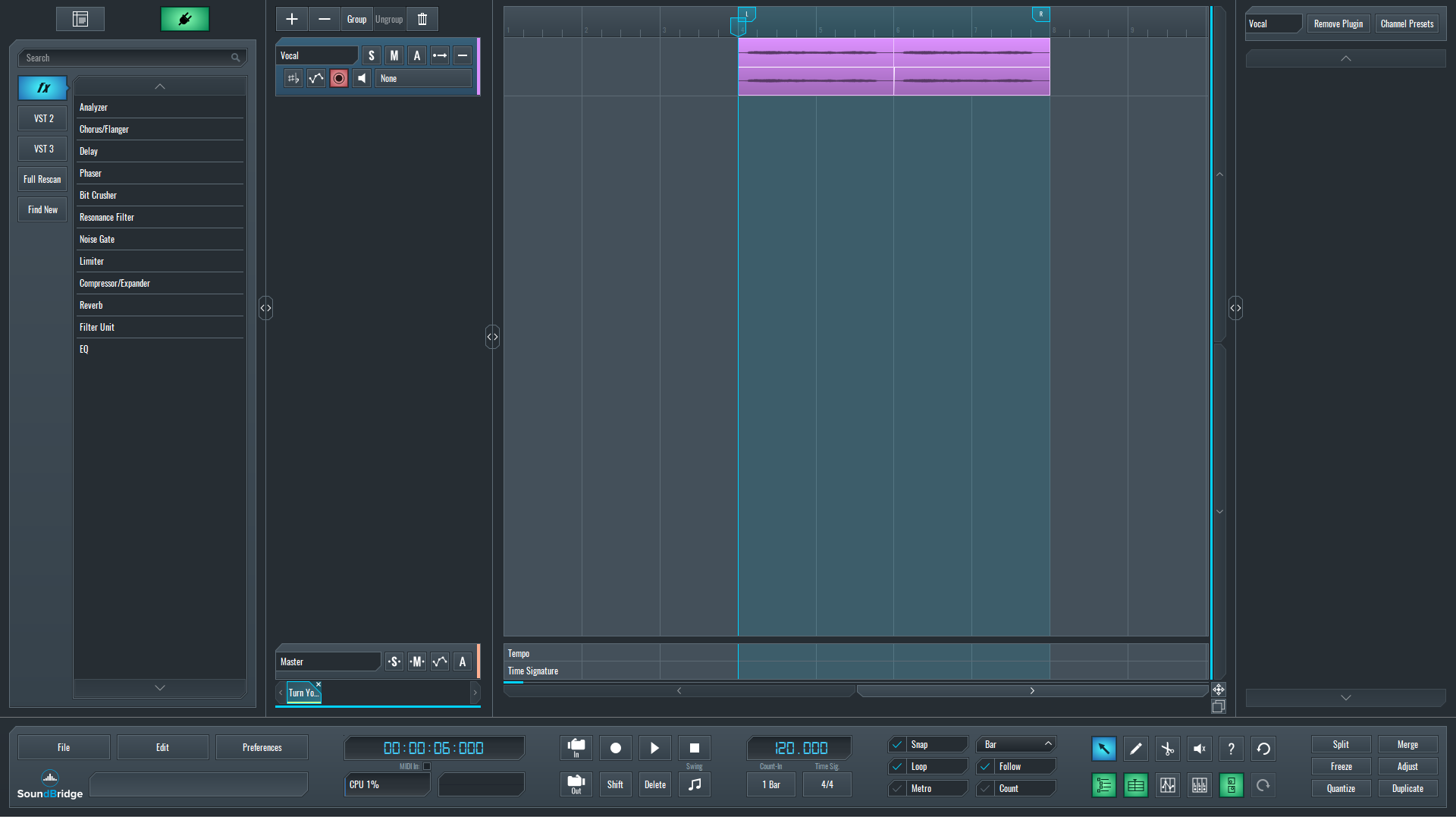 Here is how the vocal sounds unprocessed.

The effect that we will use to demonstrate this technique is called MCharacter and it is designed by Melda Audio. MCharacter is a tool, that lets you directly access the harmonics of your monophonic audio material. It can be used on vocals, bass, trumpet, saxophone… just about any instrument that is monophonic. It consequently opens a range of audio processing and creative possibilities.

Most audio instruments have a distinctive character defined by their harmonics and formants. While formants are pretty much static in the spectrum, so you can change them directly with an equalizer, harmonics are more problematic because they follow the pitch. MCharacter lets you control the levels of the first 32 harmonics in a very simple and effective way – with the Levels graph. By working directly in the spectrum domain the plugin’s ability to detect pitch is outstanding and the changes are instant, which makes it outperform traditional equalizers in just about every way. 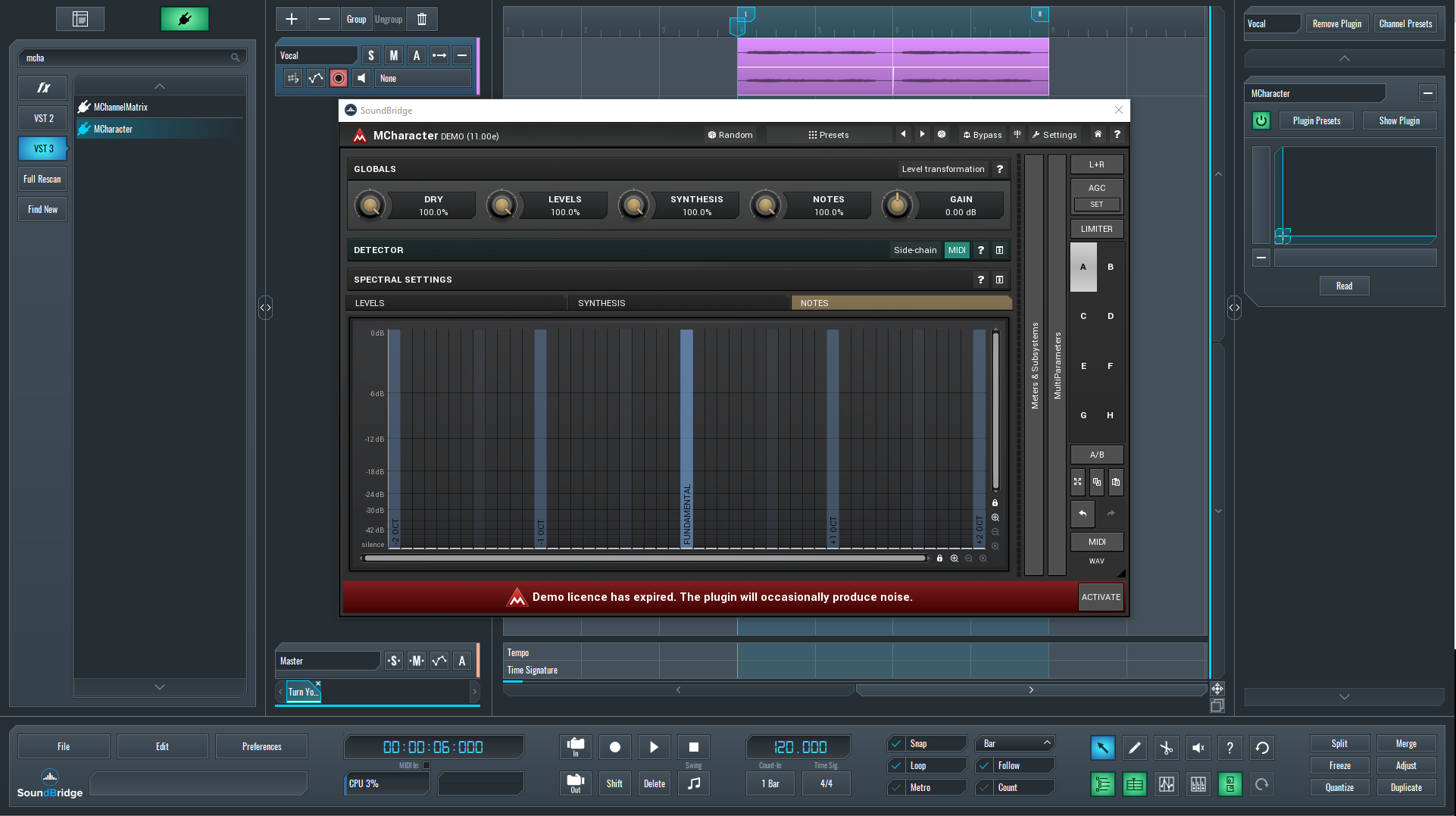 As you can see from the picture above, MCharacter has a set of standard controls at the top of the interface. Dry and Gain parameters are followed by Levels, Synthesis and Notes knobs and those are the core of this effect. Therefore, we need to explain them in detail.

Controls the amount of level transformation. It is available via the first graph, which defines the level adjustment for each harmonic. The plugin first detects the pitch of the sound, say 100Hz. You can then adjust the gain for each harmonic. The first harmonic is fundamental – the 100Hz, 2nd is 200Hz, 3rd 300Hz, etc. The power-of-2 harmonics are highlighted in the graph because these correspond to octaves (the most natural harmonics).

Controls the amount of the synthesized signal. It is available via the second graph, which defines the level for each synthesized harmonic. The plugin first detects the pitch of the sound, say 100Hz. You can then adjust the level for each harmonic to be synthesized. The first harmonic is fundamental – the 100Hz, 2nd is 200Hz, 3rd 300Hz, etc. The power-of-2 harmonics are highlighted in the graph because these correspond to octaves (the most natural harmonics).

Controls the amount of the synthesized signal for pitch-shifted frequencies. It is available via the third graph, which defines the level for each synthesized frequency. The plugin first detects the pitch of the sound, say 100Hz. You can then adjust the level for each frequency for synthesizing. The highlighted frequency in the middle corresponds to the current pitch, the fundamental frequency. Then, there are 2 octaves below and above. We highlighted them. You can use them as a high-quality octave / subharmonic generator.

For the purpose of this tutorial, we will just deal with the notes graph. As you can see in the picture below, we have increased the values of certain bands and marked them in red. The basics are marked as “Octave -2” and “Octave -1”. Those will be increased to the max as well as the 8th band in the row. To spice things up a bit we will automate the level of the 20th band, which gives a bit higher sound. 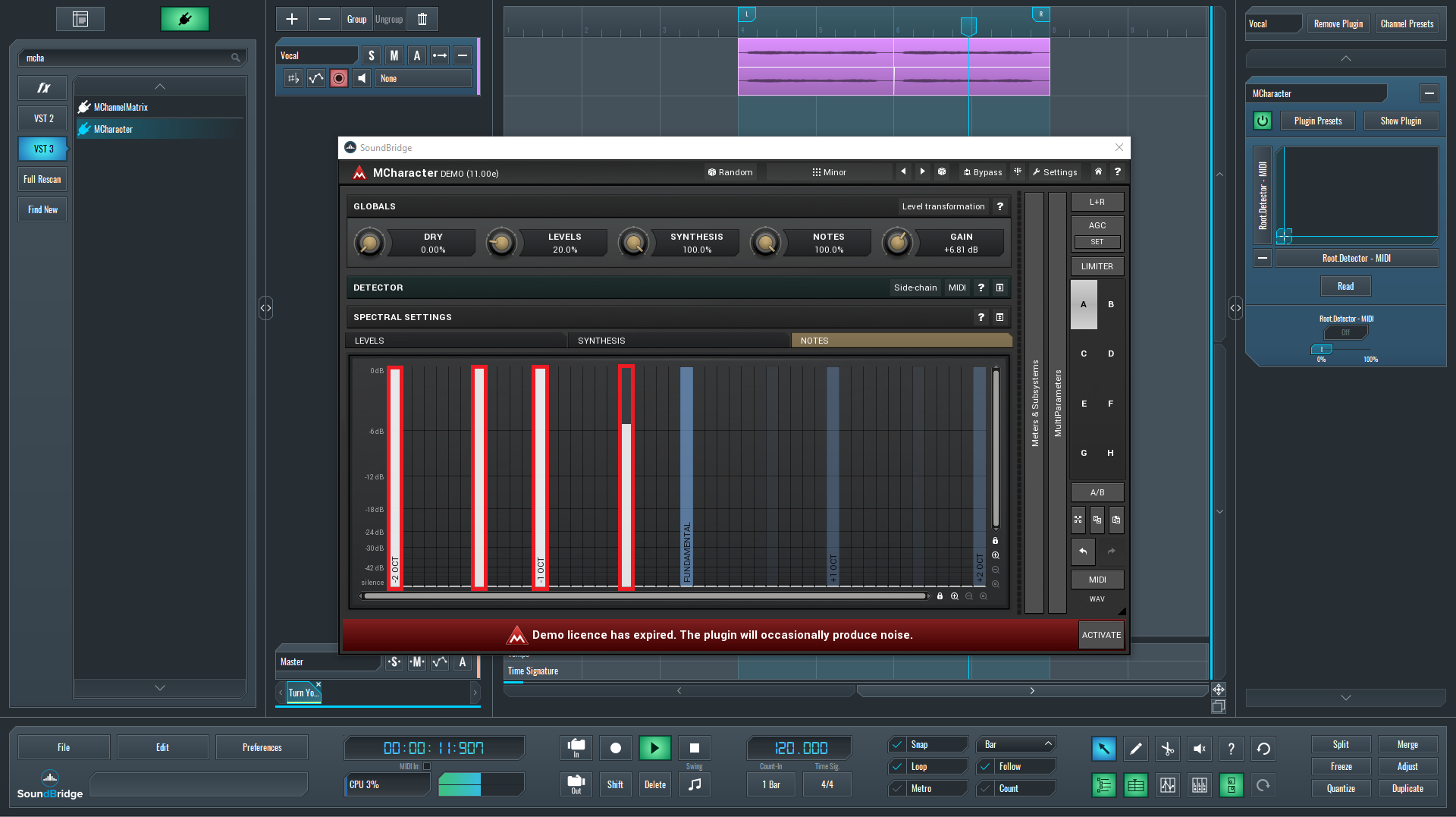 So after setting all of that, and with the full WET mix, let’s hear how the vocal sounds now.

As you can hear we got something completely different as we announced in the title of this tutorial. Finally, let us hear how this sound fits now with the other elements in the mix. 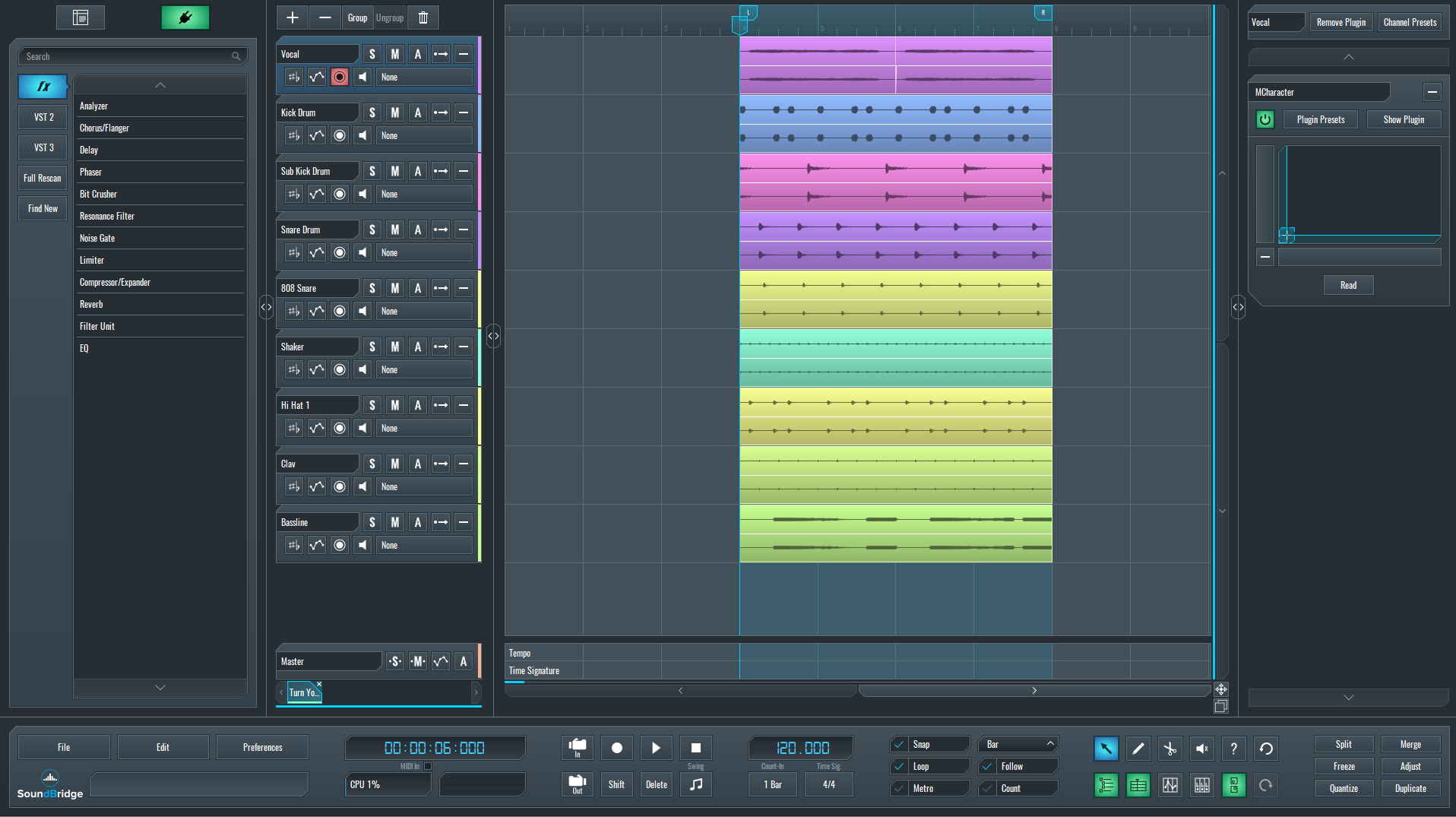