What is a USB Microphone?

In recent years, a new category of microphones has appeared. Unlike conventional microphones that consist of a sensor that requires separate stages of preamplification and subsequent analog-to-digital conversion, USB microphones incorporate both pre-amplification and digitalization stages into the microphone itself in addition to the sensor element. Similarly, there are external ADC interfaces for use with standard analog microphones. These devices integrate preamplification, anti-aliasing filtering, and analog-to-digital conversion into a single instrument. It is designed to interface seamlessly with a computer using a digital (typically USB) connection.

The output of a USB microphone or an external ADC interface is a digital signal. You can store it directly to a computer file. The quality of the USB microphones ranges from low to high. The same performance issues regarding frequency range, dynamic range and directionality apply as for conventional analog microphones.

Frequency response among USB microphones varies from a narrow as 40 Hz to 14 kHz to as wide as 20 Hz to 20 kHz. Bit depth is generally 16-bit or 18-bit, with sampling rates ranging from 8 to 48 kHz. Features as a pad, an internal shock mount, bass roll-off, and variable pickup patterns vary with the microphone. It is wise to keep in mind that regardless of how good the USB microphone maybe if there are problems with sound quality, the cause may be the programs or the applications connected with the USB microphone. One such problem might be the latency. This stands for the period of time it takes for data to get from one designated point to another.

The development of the USB microphone converter (also known as USB microphone adapter), makes it possible to connect any dynamic or capacitor XLR microphone to a computer via USB. Depending on the model, a converter may include a preamp, phantom power, headphone monitoring, a level controls for a microphone balancing and playback. 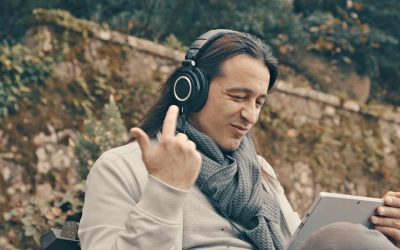 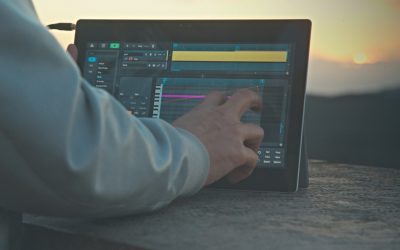