What is an Audio Waveform?

As a matter of fact, a waveform is merely a graph that displays amplitude or level changes over time. Amplitude is measured in a bipolar manner, with positive and negative values; not to be confused with level,  which can be the absolute value of amplitude changes or an average.

What makes this concept abstract is that waveforms typically contain tens of thousands of discrete changes within an unimaginably short period, crammed into a short block in a sequencer. As you probably already know, as you zoom in on a waveform, its contour becomes more and more visible.

A waveform is a digitized recreation of very dynamic voltage changes over time. Here is how they are typically generated….

The discrete changes in an input signal are rectified in an instant through a process called “Pulse Code Modulation” (PCM). Simply put, PCM assigns a bit value to each sample at whatever sampling rate you’re running. Furthermore, the higher the bit depth, the more values the computer has to choose from and the more accurate the rectification is. Sampling Rate for recording purposes is pretty standard – 44100 Hz, the Nyquist Frequency for audio. Here is why it is standard…

Of course at this point you may be asking yourself “Why not just sample as frequently as possible? Why not just go to 50,000 Hz or 100,000 Hz?” The answer is negligence. We cannot hear the improvement past 44100 Hz. BUT THIS DOES NOT MEAN OTHER SAMPLE RATES ARE NOT USED. For example, when producing sound or music for film, the sample rate of the audio should match the video resolution rate – which is often over 90,000 Hz.

Synthetic waveforms are MILES less complex than audio recorded from an acoustic or electrical source. This, frankly, is the beauty of them –  they allow us to create sounds from scratch without getting ahead of ourselves. After all, every frequency part of a sound – harmonic or not – has the potential to send you down a path of unintentional, unfocused ideas that will do more harm than good in context. These are the four basic synthetic waveforms.

One harmonic, one frequency. So perfectly simple that it cannot technically exist acoustically or electrically.  On the whole, even the purest sounding oscillators and self-resonating filters have a little bit of noise in their output. Y= Asinx describes it mathematically.

In short, Triangle is like a square wave in that it contains odd harmonics, except the harmonic content, is lower in amplitude than in a square wave. Meaning, the harmonics have less influence on the overall shape of the wave.

Contains all harmonics. This means that this is the most complex of the four basic synthetic waveforms – but still nowhere close to as complex as real sound. In addition, ff the fundamental of a sawtooth is 100 Hz, that means it also contains 200 Hz, 300 Hz, 400 Hz ….etc. Each harmonic is a little lower in amplitude in comparison to the previous one.

To conclude, IT IS IMPORTANT TO REALIZE that triangle, square, and sawtooth waves ARE MADE UP OF SINE WAVES – AS IS EVERY SOUND IN THE UNIVERSE. In essence, one can synthesize a somewhat accurate square wave by adding odd multiples of the fundamental frequency to a sine wave. In the audio below, I have done just that! Listen to the sine wave gradually form into a square wave as I sweep in odd harmonics. The synthesized square wave plays in isolation at the end. I have isolated each partial on a different track and, in doing so, created a crude “spectrum” analysis of the sound. 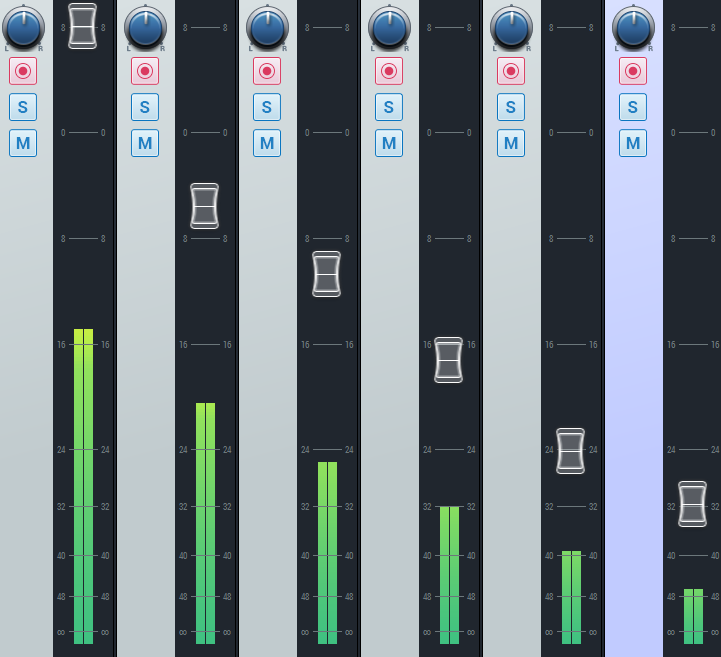