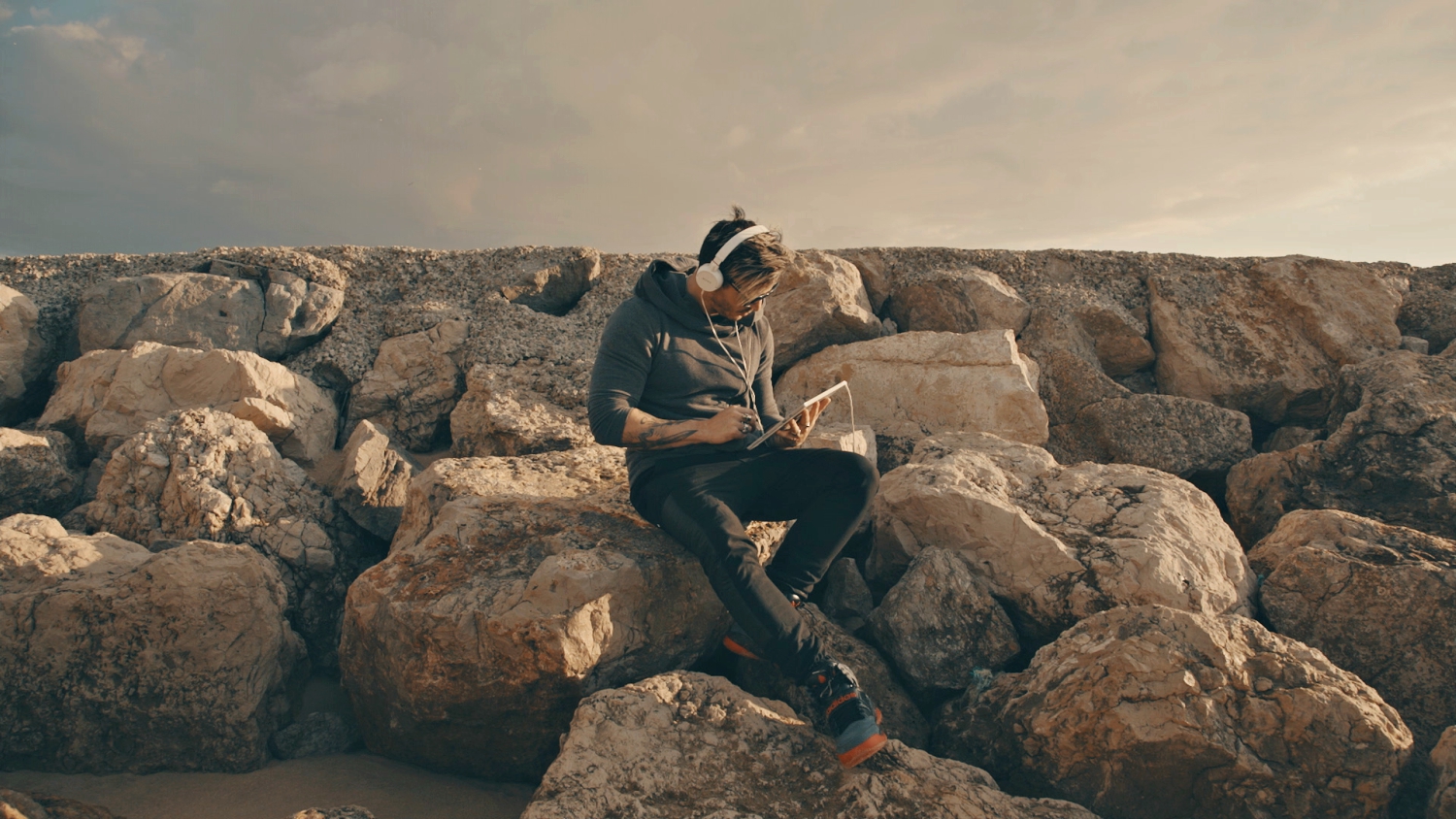 You have probably wondered how to get that huge super-saw synth lead that you often hear in today’s popular EDM genres. Indeed, It’s not about just choosing the right waveforms within oscillators or using the EQ to amplify certain frequencies. Sometimes it takes that extra push to make the synth chords sound “larger than life“. In the next tutorial, I won’t bother you with making the sound from scratch. Instead, I will show you a few useful stereo widening techniques that you can find “under the hood“ in Native Instruments Massive.

You can see that I have already loaded an instance of NI Massive in SoundBridge and made some basic chord progression. The sound that you are going to hear in the next audio example sounds ok, but it is far from perfect. It is a kind of a classic supersaw type of sound.

In the next picture, you can see an instance of NI Massive. The first section I’ll use is to make the synth wider is the one colored in red. Furthermore, the upper colored part is a delay effect which I will use to make the “Haas effect“. The concept of the Haas effect can be applied to achieve a wide, open and spacious sound resulting in a more realistic sense of depth. Consequently, by slightly shifting the Time left and Time right parameters on the NI Massive`s delay effect you can instantly hear the stereo image getting wider.

Voicing is the next section within “ NI Massive “ that I am going to use. By default, unison voices are set to 1, but in this case, I will amplify them to 6. Now, we can see the slider of the unison spread. This parameter is used to detune the unison voices, and I will shift it just a little bit. If we look down from here, we can see the “Pan position“ and next to it a slider that is by default centered to mono.

I will move it all the way to the right to spread the sound even more. With both delay and voicing section set like this, we can hear a significant difference in the stereo image. Lastly, I will add some reverb to create a greater sense of space. So now let us listen to the unprocessed synth sound and then processed with the Haas effect and the Unison spread and finally with added reverb.