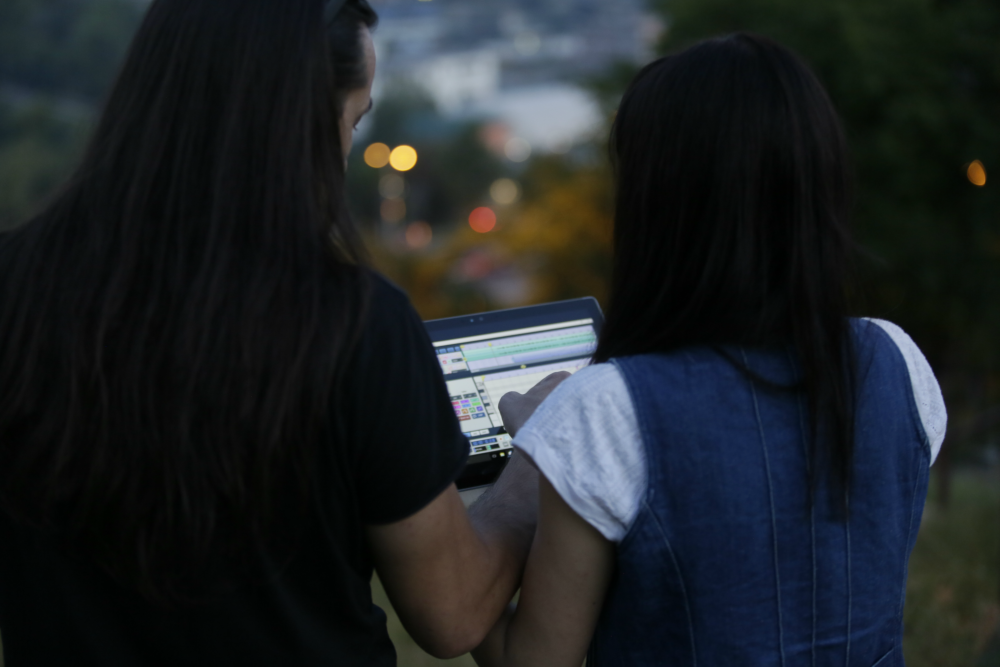 There is no drop without anticipation. A drop without a buildup is like a good ending to a bad movie. There are many different styles and lengths of buildups but the most popular are 8 and 16 bar EDM buildups. In this tutorial I will walk through the process of creating an 8 bar EDM style build up in Lumit using a variety of plugins and our FX. It is most suitable in very synthetic and animated dance tracks. With all the subgenres of EDM out there, this particular process will work better for certain producers than others. Click the links to download the patches.

– Gradual automation is crucial, but is not always a straight line. Try using logarithmic shapes. They are more natural sounding and provide a sense of acceleration. Good parameters to start with for this type of automation include: filter cutoff, reverb and delay wetness, sidechain amount.

– Experiment with master FX automation for the fills. Try parallel processing the entire mix with something really dramatic and creative like Tantra. You can capture that audio using our Freeze Tool for future use as a pre-produced sound effect.
– Experiment with master volume automation. You’ll find a lot of times the buildup is TOO dynamic. With most of the anticipation already coming from changes in density and instrumentation, the levels can be about the same and still sound like it is building.
– Not too short not too long. The decision on whether to make an 8 bar or a 16 bar buildup is crucial. Perhaps my own buildup is too short. It might be a good idea to pick out the type of drop you want first then research how long their buildups typically are.
– Try to only have one or two elements in focus, keeping the rest of the elements as support layers and FX. These delicate sounds require more attention to have the right effect. Be careful not to mask them.

The synth riser is a basic Massive waveform with a precise pitch modulation setup. What is different about this riser is that the source of modulation is a very slow triangle wave rather than an envelope. I did this because the range for envelope attack did not allow a long enough rise. The rate of the LFO is synced to 14 bars. You’re probably thinking… why not 16 bars, isn’t this an 8 bar build up? Indeed it is. But I wanted to have a fill in the last bar. In that fill, I wanted the pitch to suddenly change direction and fall for a bar. The synced triangle wave LFO allowed me to program this without any automation. 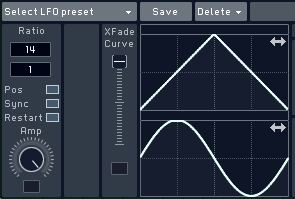 The noise component to this build up is also from Massive. The patch is your basic bandpass filtered noise with a little filter resonance and the center frequency swept up over 7 bars using automation. I also decreased the resonance a little at the peak of the sweep using automation because the higher bands tend to sound too hard with resonance.

The lead blip sound comes from, you guessed it, Massive. It is another very simple patch, this time with the pitch of the pulse wave oscillator automated. The only pitches that need to agree with your song are the start and ending pitches of the rise. I chose those pitches by ear. Other than using a synced envelope or LFO, this is the only way to ensure harmony. I also automated the release and the wavetable position as the pitch rises.

The sub drop in the beginning of my audio example is an FM patch with 3 operators. Two operators are carrying a sine wave and are detuned a little before being lowpass filtered. One of those is modulated by the third operator very subtly. That modulator envelope decays unlike the carrier envelopes, which are more like gates. I turned up the range of the pitch bend control in the modulation section. Then, I simply recorded a long note and drew in a linear downward pitch bend in the sequencer. 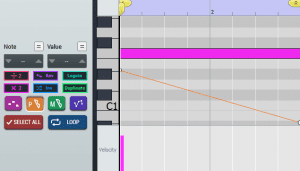 The riser, noise, blips, and subdrop are all converged into a group output which has a delay, a reverb, and Kickstart on it synced to create a pumping effect. Some parameters of the delay are automated as the anticipation builds. I also automated the Kickstart “amount” so that the pumping gets more noticeable. I dropped a Lumit limiter on the Master just to soften peaks and prevent clipping. 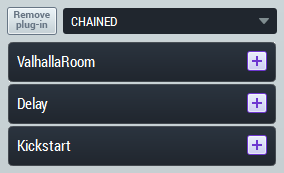 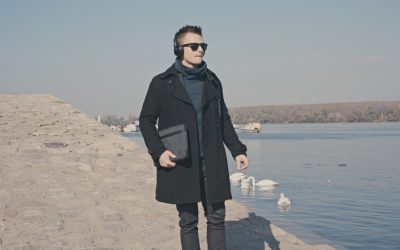 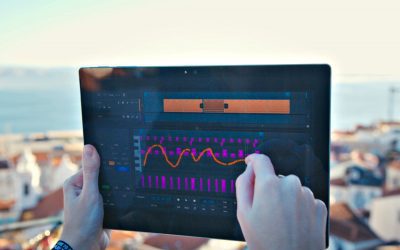