House is an increasingly popular style of electronic music, especially Minimalist House. It is usually built upon a “4 on the floor” kick pattern and features a lot of effect-heavy ambient sounds. I like to call these “Ambient FX”. You have probably heard many sounds like these in a variety of electronic genres including EDM and Trance. They are very effective assets for filling gaps between musical phrases and transitioning into a new section or repetition.

Here I will show you the process behind a few cool sound effects I made in FM8 and Massive. I used them the house style groove below…

4. Send the entire output (100) of operator F to the filter (Z) and all of that filtered sound to the output. 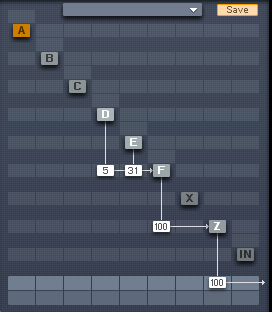 5. Change the ratio for operator E to something like 3.6. This will bring out the metallic side-bands. (See Blog: FM Synthesis)

6. Change the ratio for operator D to something like 12.

7. The carrier (F) should have a fairly standard ADSR envelope. Immediate attack, low sustain, and about a 300 ms decay and release. The envelopes for the modulators should look more like gates with some added release so that they don’t abruptly “turn off” while the carrier is still sounding. You can keep the filter envelope a standard gate shape.

8. Make Z a high-pass filter and move the cutoff to something around 500 Hz with a little bit of resonance.

9. Activate the arpeggiator and punch in a sixteenth note rhythm you like. Keep it pretty static. I simply transposed one of the steps down a semitone, added some accents, and took out some notes. Make sure tempo sync is on but, one-shot and key sync are off. This way, you get an unpredictable rhythm each time you trigger it – a really neat generative function. Turn the shuffle parameter up a little too. 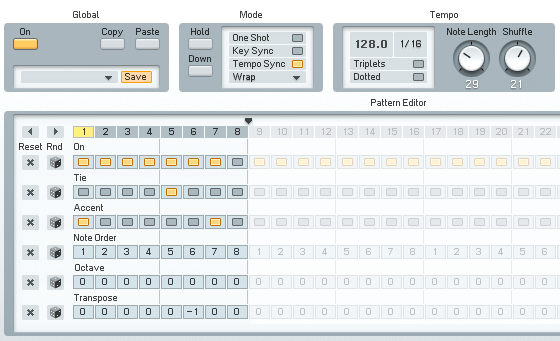 11. Record a performance over your beat and automate the level of operator E. 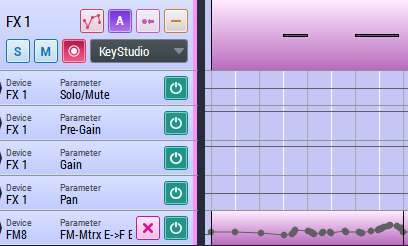 12. If it sounds too quiet, try a little compression. 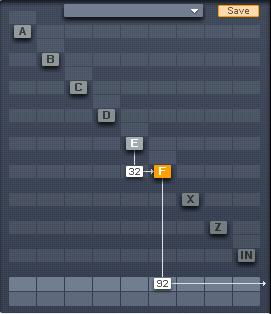 4. Change the ratio of E to something close to 3 but not exactly 3. This slight offset creates some really interesting side-bands.

5. In the pitch envelope window, bring up the envelope amount to about 20. Lengthen the attack a little – just enough to hear the sound sweep up when you trigger it. Bring the sustain up a tiny bit and give it a fat, 1-second release. This will cause the sound to overshoot the center pitch a little and drop down through it after you release the key. It should sound a bit like the Doppler effect (See Blog: The Doppler Effect). 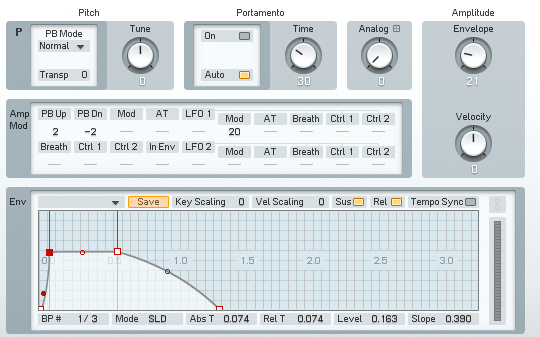 6. Record a few one-shots of this sound and automate the level of E (the modulator) as it decays. 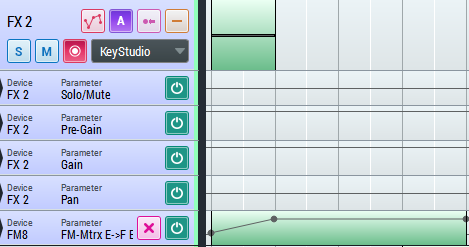 2. Disable all the oscillators and enable the noise oscillator. Full amp and full color.

3. In the amplitude envelope (4ENV), crank the attack and release way up and the sustain to full. We don’t want any articulation.

4. Activate Filter 1 and make it a bandpass filter.

5. Bring the cutoff to about max, the bandwidth to about 9 o’clock, and the resonance to about 3 o’clock.

6. Use envelope 4 (4ENV) to control the position of the bandwidth knob on Filter 1 by dragging its cross-hairs icon to the box under bandwidth. Click and drag the box to extend the range of control to about ¼ of the total range.

7. Add some phasing and a lot of reverb. Don’t be afraid to go heavy on the FX here.

I mixed these sound effects over several instruments including two custom Battery 4 kits and an instance of Serum (bass). I used some subtle side-chain compression on the claps and bass to clean up the mix. Lastly, I dropped an instance of Ozone 6 on the master to optimize everything and round out the low end of the spectrum.

I hope these three designs provided a solid foundation for you. Now you can create as many variations on them as you want. Some of the most subtle changes can drastically change the sound, especially with FM, so go nuts and post your track in the comments!