Give That Dub Feeling to Your Drum Loops

Dub music is a genre of electronic music that originated in the late 1960s as a subgenre of Reggae music. The style consists predominantly of instrumental remixes of existing recordings and is achieved by significantly manipulating and reshaping the recordings. The main characteristics are the removal of vocals, the emphasis of the rhythm section, the application of studio effects such as echo and reverb, and the occasional dubbing of vocal or instrumental snippets from the original version. It was an early form of popular electronic music.

Bearing this in mind, the Dub music producers gave us some pretty creative ideas on how to use the echo and reverb in an unusual way. So in the next tutorial, I will show you one of the “Dub” uses of echo and reverb on a clean drum loop.

First of all let us add a fresh and unprocessed drum loop and place it on a newly created channel within our SoundBridge: DAW. Let’s listen to it. 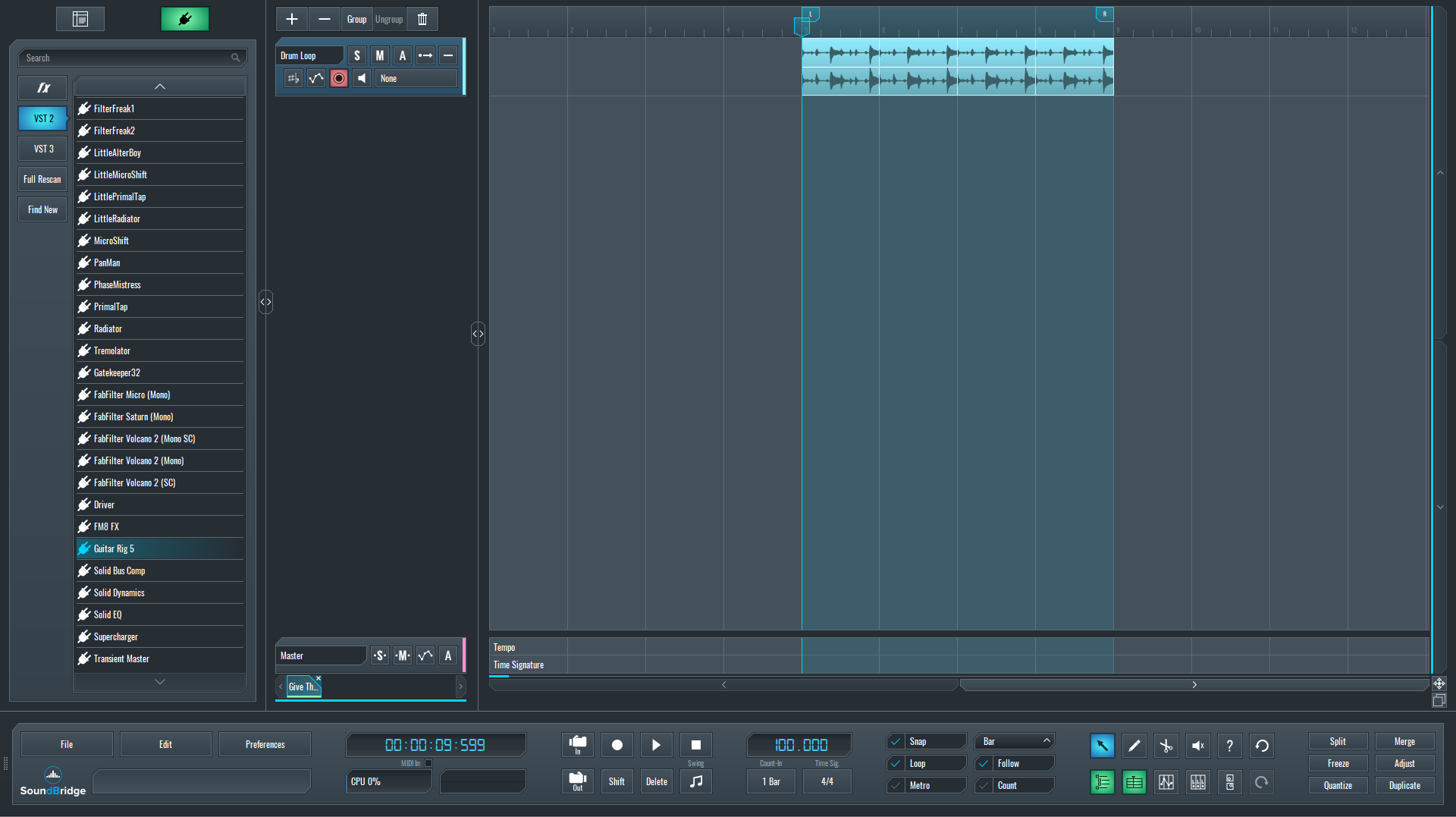 For this kind of processing, you will need a reverb, preferably with a long tail and a delay effect which contains control for the pitch. In this case, I have chosen Guitar Rig 5. This is because it possesses that kind of effects, but there are more alternatives out there. After adding a Guitar Rig 5 on the channel rack of our drum loop, I will select the desired delay effect named “Grain Delay”. This effect is particularly useful for creating “Dub” style effects. It contains pitch, space and freeze parameters for controlling. I will place it in the first place in the Guitar Rig 5 rack. Furthermore, another effect I’ll add is a reverb called “Spring Reverb”. Spring type of reverbs we have covered in some of our earlier blog articles and these types of reverb delivers that huge space, which is useful for this tutorial. 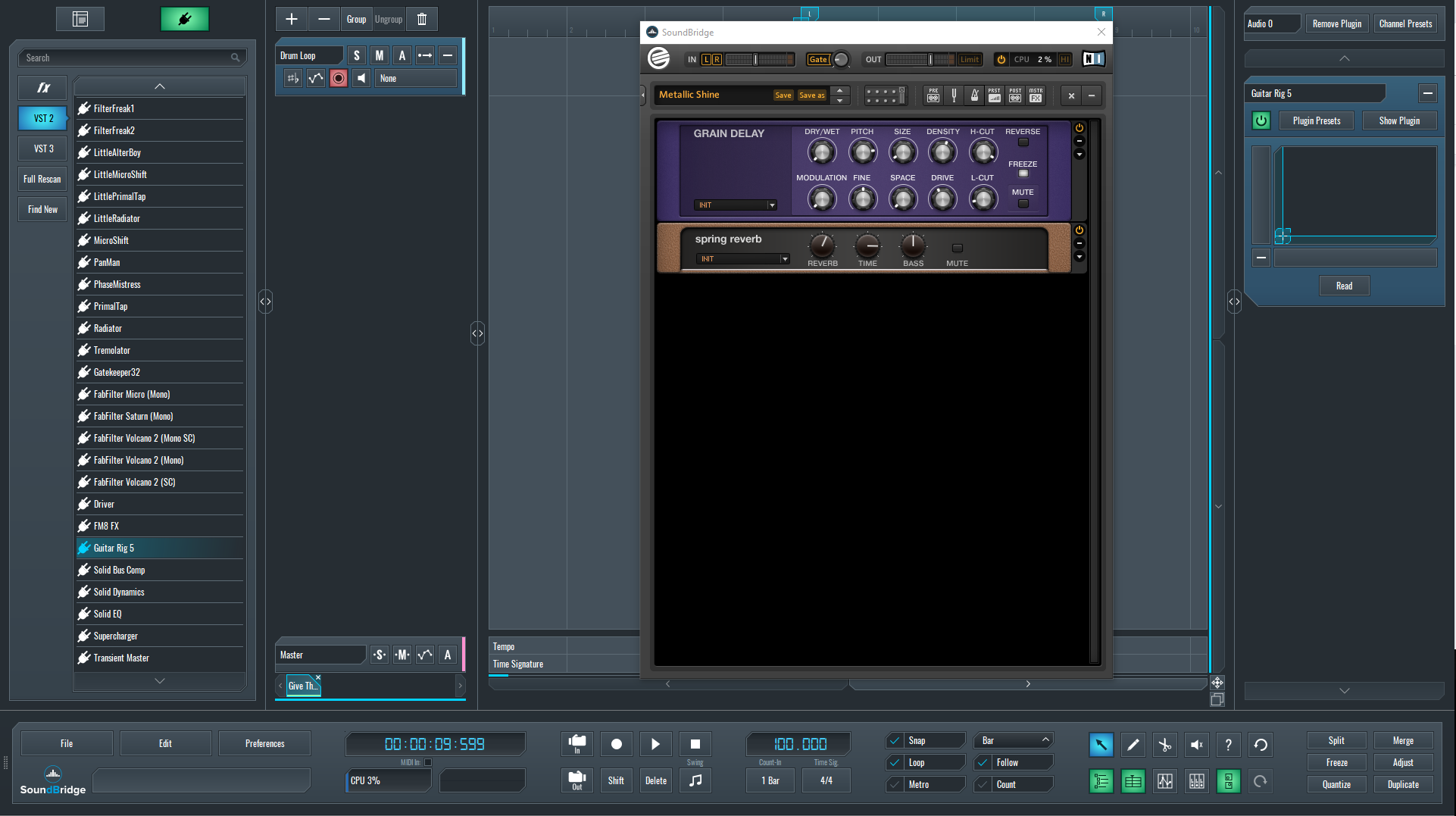 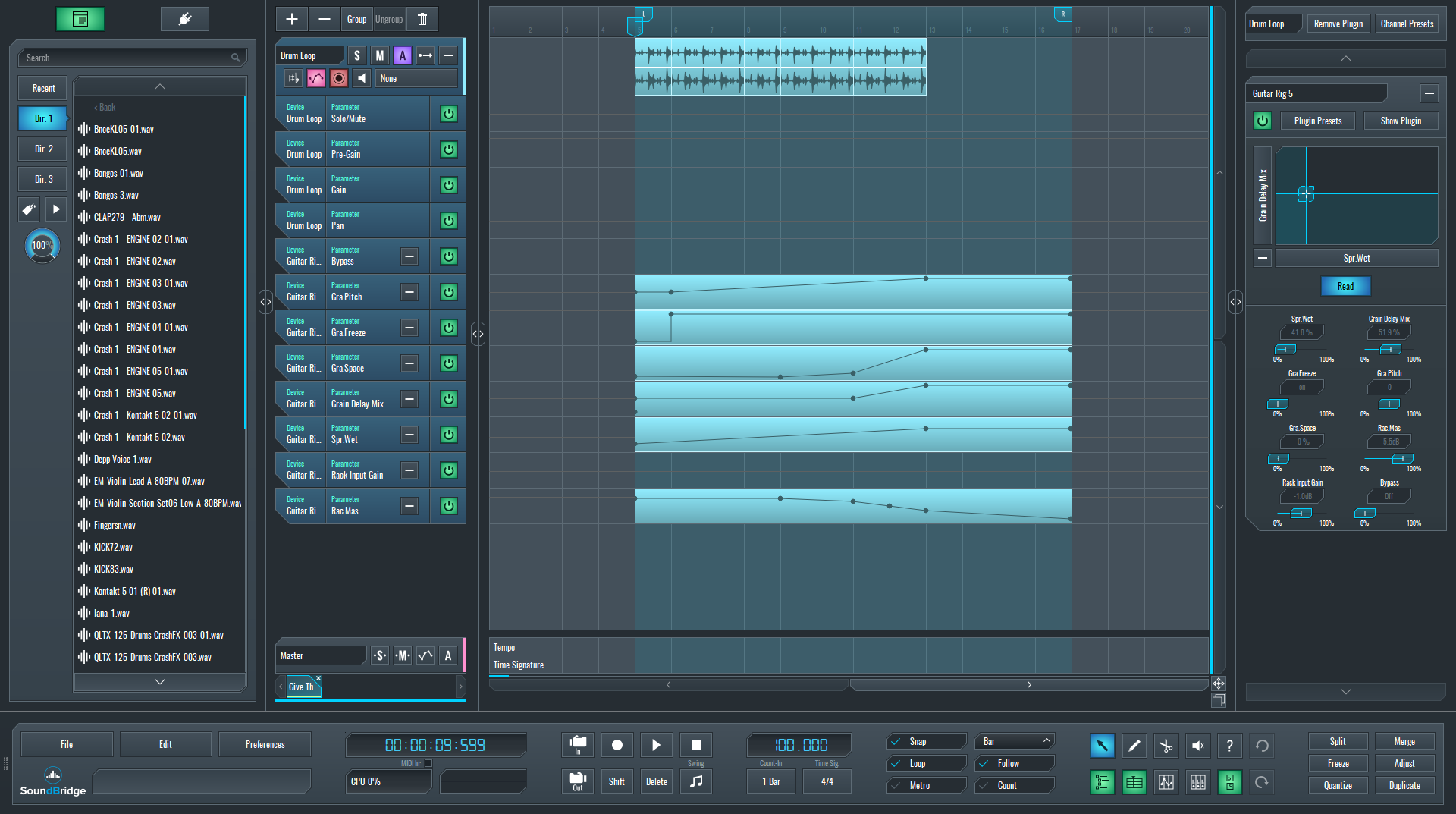