In order to compare the panel speakers with the conventional speakers, engineers took experimental investigations to evaluate frequency response, directional response, sensitivity, efficiency, and harmonic distortion of both speakers. The results revealed that the panel speakers suffered from a problem of sensitivity and efficiency. Furthermore, to alleviate the problem, a woofer using electronic compensation based on the H2 model matching principle supplements the bass response. As indicated in the result, using the combined panel-woofer system made a significant improvement over the panel speaker.

There are several kinds of flat panel speakers. Engineers have been working on flat speakers for many decades to decrease the size of speaker boxes. The standard flat panel speaker has an exciter attached to a square panel. Furthermore, the flat panel acts as a diaphragm. Below are some examples of different designs. Also, engineers can use different materials as a diaphragm, from vinyl to styrofoam. The standard flat-panel electrodynamic loudspeaker has been difficult to make because it is difficult to vibrate the entire flat surface evenly while creating a good frequency response. Thus other speaker types have evolved to try to make a speaker in a flat form. Types of flat panel speakers: ribbon speaker, planar magnetic, electrostatic

The diaphragm can have paper bonded on both sides of the polystyrene to help sound production. The structure can also consist of PET foam, polypropylene foam, polypropylene, ABS, glass fiber, and carbon fiber. The four corner points of the flat diaphragm are attached to a cushion. The exciter pushes the center of the diaphragm forward causing bending in the surface, generating sound waves.

Exciters for distributed mode loudspeakers include, but are not limited to moving coil and piezoelectric devices. Their placing corresponds to the natural resonant model of the panel. NXT licenses two classes of distributed mode loudspeaker: SurfaceSound for traditional flat-panel applications, and SoundVu for applications that produce the sound directly in front of the display (either through a projection screen which functions as a DML or a transparent DML on the display). 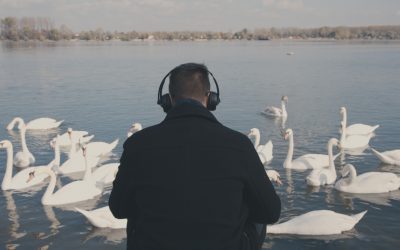 Get Creative With Comb Filter