Dive Into the Granular World (Part 1)

Granular synthesis is not a new thing in audio production realm, but it never ceases to amaze us with possibilities of bending the sound sources in unique and creative ways. Granular synthesis is a basic sound synthesis method that operates on the microsound time scale. It is based on the same principle as sampling. However, the samples are not played back conventionally but are instead split into small pieces of around 1 to 50 ms. These little pieces are called grains. What’s more, you can layer multiple grains on top of each other. Also, you can play them at different speeds, phases, volume, and frequency, among other parameters.

Having this in mind, we have dedicated the next blog to granular synthesis, and with the help of a particular plugin, we will show you endless possibilities of it. There are more alternatives, but here we have chosen a brand new plugin called Portal, which is designed by Output.

Portal is a granular effect plugin which differs among other granular effect plugins in a manner that is centered around the music you make. While past granular sounds have been chaotic and abstract, Portal re-synthesized sounds that are more closely related to the original input. We will test it on a couple of different sound sources such as vocals, drums, and el. Piano. We have made a short sequence in our SoundBridge: DAW containing those elements so let’s first listen to it unprocessed. 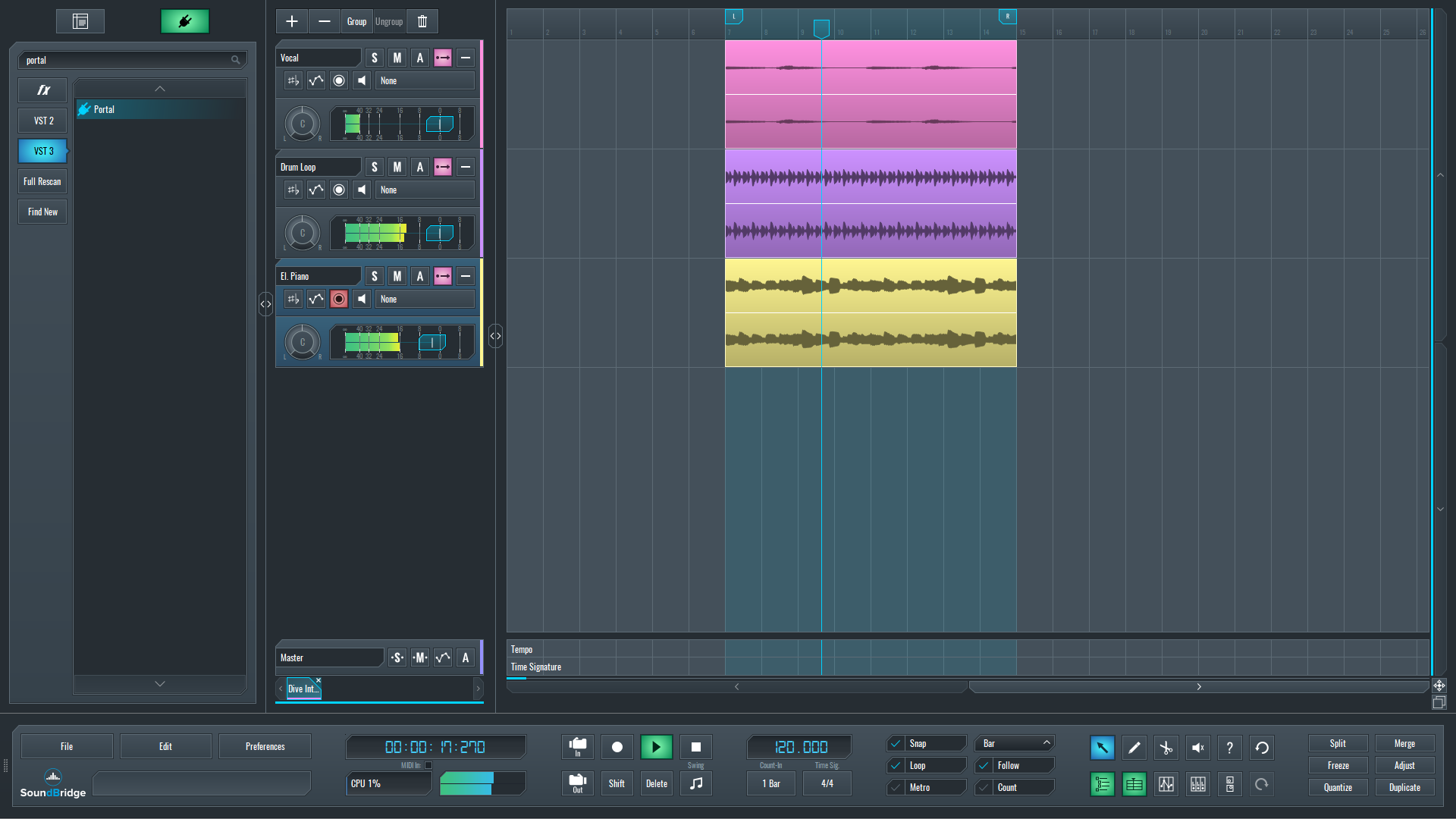 We will add an instance of Portal plugin to all audio channels by simple drag and drop to the effect rack of the channels. 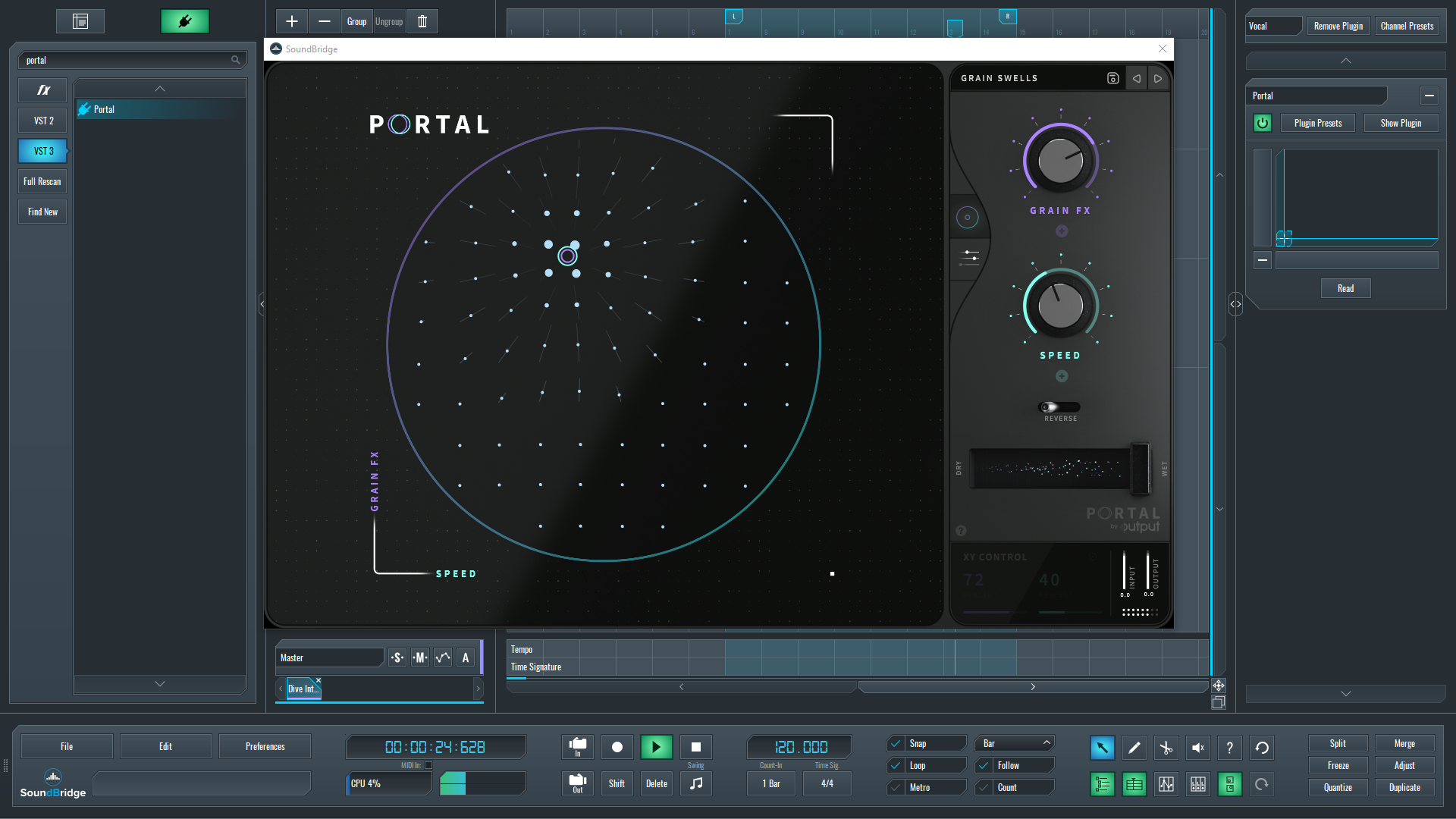 The initial interface of the Portal might look simple, but with just a couple of shown parameters, it can totally alter the audio source.

First of all, we can see a big X/Y control which is linked to the MACRO 1 & MACRO 2, the two big knobs that you can see on the right side of the interface. By moving that larger dot on the X/Y field, you can control both macros using a single mouse click.

The top right corner has a quite large preset bank in it. By clicking the button next to the name of preset, it is possible to save your own. As mentioned above the big macro knobs allows controlling multiple parameters. There is also a reverse switch which turns the audio signal backward. Furthermore, below we can see the DRY/WET mix control. In the end, we can see a large numerical display on in the bottom of the interface. This section provides adjustment controls for input and output gain and a VU meter to show the output volume of the effect. Finally, red dots at the end of the meter indicates possible clipping of the signal.

Since we have introduced you to the interface of the Portal and its basic controls, let us move to some practical audio examples. This plugin has a lot more going on “under the hood” so we will continue with discovering its advanced functions in part 2 of this tutorial.